Like father, like son. Matthew McConaughey’s look-alike is his son, Levi, in new photos shared by mom Camila Alves McConaughey on Instagram. The actress, 38, took to the social media platform on Thursday, October 22, to share an adorable snap of their son, 12, after baking a giant chocolate chip cookie together.

The Brazilian-American model and mother of three whipped up the skillet-sized cookie to celebrate the October 20 release of husband Matthew’s new memoir, Greenlights
. “It’s been a week full of celebration with @officiallymcconaughey’s #Greenlights book release so we had an excuse to make this amazing dessert,” Camila captioned her mother-son photo, before adding, “Judges at home give it a 10/10!” But fans were hardly focused on the sweet treat—instead, they couldn’t help but point out Levi’s “extreme resemblance” to his dad.

“That’s a mini Mathew McConaughey right there,” wrote one fan, while another commented, “Oh my goodness if there is more of a resemblance than this. Clone of his father! You and Matthew made beautiful children.” Camila, who also shares daughter Vida Alves McConaughey, 10, and youngest son Livingston Alves McConaughey, 7, with The Gentlemen actor, couldn’t help but agree. “Since he was born I say he looks so much like Matthew,” she replied to the latter fan’s comment, “just the Brazilian version of him!”

Meanwhile, dad Matthew has been busy kicking off his virtual book and press tour for Greenlights. On October 22, the actor, 50, spoke for an interview with The Howard Stern Show about his memoir, which is filled with bombshell details about his past—including shocking revelations about being blackmailed and sexually abused as a teen, his film roles, and the death of his father (who reportedly died of a heart attack while having sex with the actor’s mother). 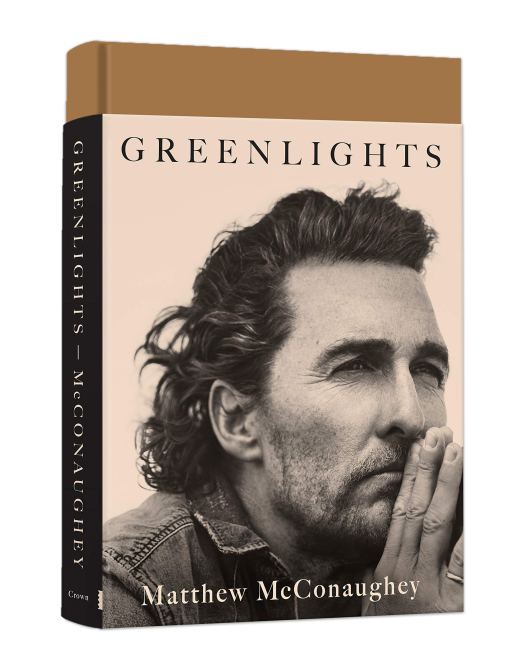 Speaking of whom: While on Stern’s radio show, Matthew revealed that he estranged himself from his mother after he caught her leaking details about him to the press early in his career. “She was always still my mom, but she became a different person,” Matthew said at the time. “I just had to make some boundaries. And it was a strenuous relationship for eight years.”

Greenlights
is currently available to purchase on Amazon
.