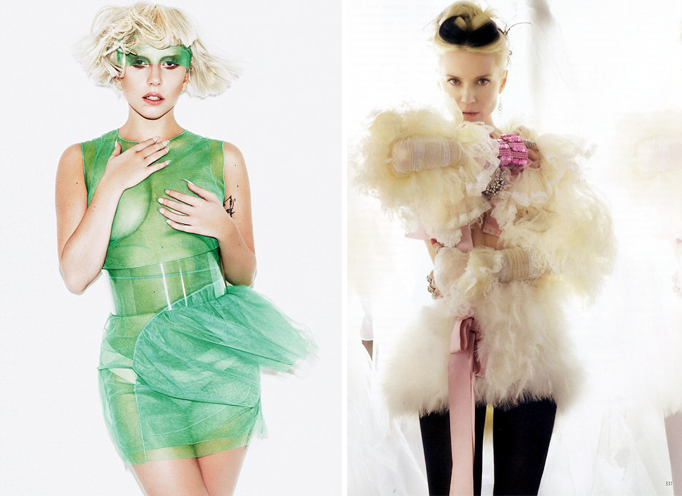 When it comes to eccentric fashionistas, there are no two people that exemplify the term more than Daphne Guinness and Lady Gaga. The beer heiress and singer have a lot in common. For example, they both have a penchant for bizarre footwear (like those insane Alexander McQueen heels that look like UFOs), they are both outrageously wealthy and, most importantly, they are both major philanthropists.

A few weeks ago, we posted twenty items to be sold at Guinness’ Christie’s auction, and now we have the record breaking results of the fundraiser for the Isabella Blow Foundation. While Guinness initially thought the auction would fetch around $150,000, it actually raised $742,000 in memory of her late friend, according to The Telegraph. Some of the noteworthy items sold include a portrait of Guinness taken by legendary photographer Mario Testino, which sold for a cool $207,000.

The coolest part of all of this is that Lady Gaga is responsible for a portion of the auction’s success. While the details of her purchases remain undisclosed, Christie’s released the information that she was a successful bidder for a number of items. In fact, Gaga broke a couture world record, shelling out $133,075 for an Alexander McQueen dress. An overjoyed Guinness tweeted, “And, THANK YOU my friend Lady Gaga. You are a real person. and a great one! Your proof of friendship, your time was very touching XXXX.”

When you’re as famous as Lady Gaga, you can’t exactly go to the mall and pick up a dress, so it’s only appropriate that this is where she shops. Major props to her for supporting an incredible cause in the most fashionable way possible.