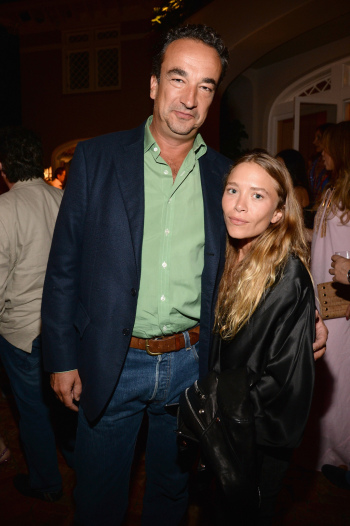 Well, the rumor that Mary-Kate Olsen and Olivier Sarkozy would be tying the knot in the Hamptons this summer was glaringly false: The couple apparently got married Friday night in New York.

According to Page Six, the reception—garden cocktails followed by an indoor dinner—was held at a private residence in Manhattan’s midtown east. The guest list was capped at 50 people, all of whom predictably had to relinquish their phones before the festivities.

As for decor, a source said the reception featured “bowls and bowls filled with cigarettes, and everyone smoked the whole night.” Healthy!

MK, 29, first got engaged to the 48-year-old French banker in March 2014, with a vintage Cartier diamond-and-sapphire ring from 1953—a fitting choice for Olsen considering her affinity for unique vintage clothing—which was purchased at a jewelry auction at Sotheby’s, a source familiar with the matter told us.

Now that they’re officially wed,  the really big question is will we ever get to see a photo of the bride’s dress?