Thanks to her twin sister Ashley, Mary-Kate Olsen celebrated her birthday amid Olivier Sarkozy’s divorce, and had the best time. Entertainment Tonight reported that Mary-Kate and Ashley spent their 34th birthday on Saturday, June 13, in The Hamptons, where they had a low-key celebration at the house that Mary-Kate rented for the summer after her split from her husband.

As for Olivier, Entertainment Tonight reports that the banker was at home in the Bridgehampton, New York, house he shared with MK. He was there with his ex-wife, Charlotte Barnard, and their two children, Julien, 18, and Margot, 16, per Entertainment Tonight’s source. The insider also notes that Olivier and his ex-wife are living together because of the current health crisis.

Mary-Kate and Ashley’s birthday comes after MK officially filed for divorce from her in New York City in May. She first tried to file for divorce on April 17, but due to the current health situation, she was informed that the New York City courts were not accepting any divorce petitions other than emergencies. In her filing, MK claimed that her divorce was an emergency because Olivier was trying to force her out of the New York City apartment they shared together before she had time to move out. She claimed that, due to guidelines in the city around moving, she wouldn’t be able to meet Olivier’s deadline. The emergency divorce would’ve protected her belongings from being disposed of by her ex-husband. In the end, however, her emergency divorce petition was denied and she was forced to file a non-emergency one. 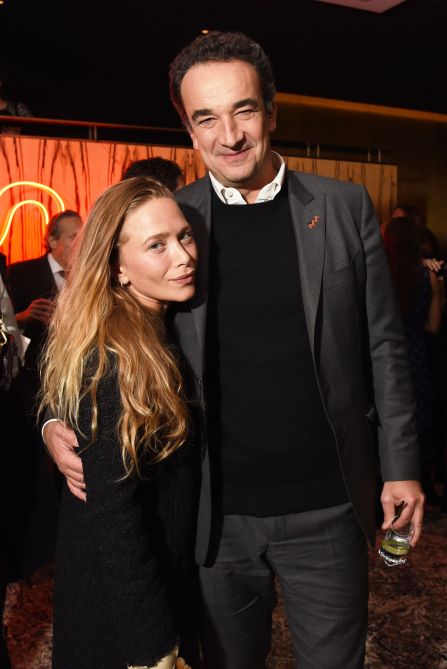 A source told Entertainment Tonight in May that Olivier and MK split after almost five years of marriage because they were at “different places” in their lives. “Olivier was very attracted to Mary-Kate’s ambition and success,” the insider said. “He very much respects her work ethic and is beyond proud of everything she has ever accomplished. Her career is a big part of who she is, and he never would want to change who she is.”

The source continued, “He has worked incredibly hard his whole career and is now at a point where he wants to slow down and enjoy his life.”