You can’t say we were expecting to hear Mary-Kate’s name in the news because of a messy divorce—we only want the best for our Olsen twins! But now that it’s happening, we have some serious questions about Mary-Kate and Ashley Olsen’s net worth. Namely, is MK about to lose a ton of money? And if so, how much are we talking?

Well, the good news is that A) Mary-Kate apparently has an “ironclad” prenup, so her soon-to-be ex-husband isn’t going to get much out of her, and B) She still has *more* than enough to make ends meet without him. At least it’s something for MK to breathe easy about. After all, her divorce has definitely been less than pleasant.

The 33-year-old former actress and fashion mogul became a topic of discussion again after documents obtained by TMZ on May 13 suggested that she was filing for divorce from her husband of six years, 50-year-old French banker Olivier Sarkozy. Mary-Kate reportedly filed the petition in a bid to keep her home, after she claimed Sarkozy was trying to force her out of their New York City apartment. Unfortunately, courts aren’t processing any divorce filings at the moment, meaning that she lost her case. And given the fact that we’re all supposed to stay at home, this situation naturally has the Olsen twin “petrified.” 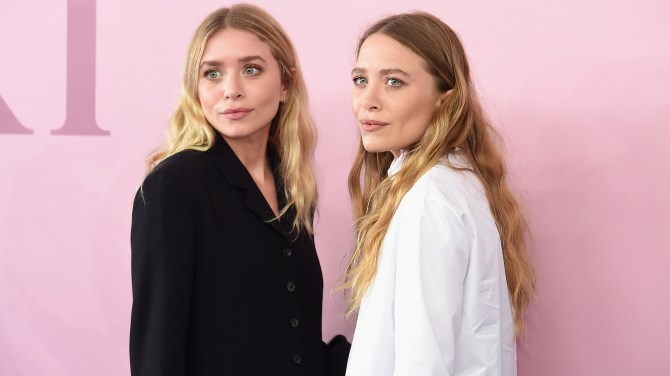 But if there’s anything we can learn from Mary-Kate and Ashley’s net worth, it’s that the hopeful divorcee will probably land on her feet in no time. Allow us to explain why.

How much did Mary-Kate & Ashley make from acting?

We’re glad you asked; these two were practically making money straight out of the womb! True ’90s babies will remember growing up watching Mary-Kate and Ashley star together as Michelle Tanner on Full House. According to People, the Olsen twins started off making around $2,400 per episode. But that salary grew exponentially over the years, increasing to $25,000 per episode until their paycheck reached upwards of $80,000 per episode. Which is to say, the Olsens made more money all before the age of ten than most of us have in our entire lives. No biggie!

Full House income aside, Mary-Kate and Ashley also went on to star in their own (dare-I-say, Iconic) films, including It Takes Two, Holiday in the Sun, and Passport to Paris. While their salary on these films isn’t publically available, we can probably assume that it was even more than the checks they saw from Full House.

How much do Mary-Kate & Ashley earn from their businesses?

Anyone in fashion knows that Mary-Kate and Ashley’s reign on the industry was practically unparalleled in the aughts. Thanks to their brand The Row, which launched in 2006, and others, the Olsen twins were pegged as some of the Richest Women in Entertainment according to Forbes’ official listing in 2007. The publication estimated their combined net worth was $100 million at the time, especially due to their management of the retail group Dualstar Entertainment, which reportedly solid around $1 BILLION worth of merchandise in stores and online.

In recent years, their net worth has only grown as The Row continues to generate between $100 million and $200 million per year in sales, as of 2019 according to Business of Fashion. Meanwhile, their other brand Elizabeth and James adds onto that salary, with an estimated revenue of $89 million per year.

How else do they make money?

While Ashley mainly focuses on fashion, Mary-Kate built a small-but-mighty real estate empire with her soon-to-be ex-husband, Olivier. According to Cosmopolitan, the pair have owned several New York City townhouses, including one worth “$6.5 million (which they listed for $8.3 million) and another worth $7.7 million.” Our bet is that MK is, unfortunately, being pushed out of one of these very homes—but her net worth is still bound to hold her over.

What is Mary-Kate & Ashley’s net worth?

As of 2020, Mary-Kate and Ashley’s net worth is estimated at around $250 million each, or roughly $500 million combined.