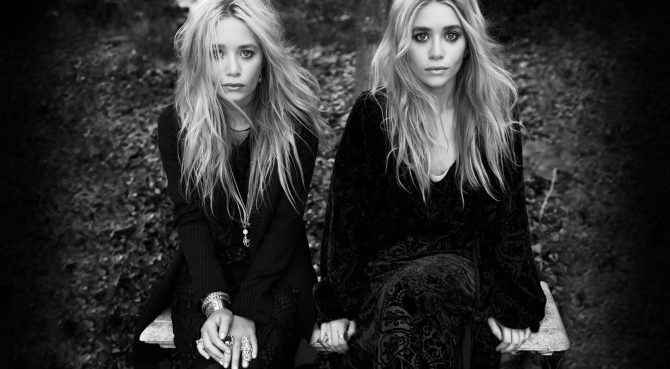 While revisiting their acting roots is not part of Mary-Kate and Ashley Olsen‘s career plan, deepening their fashion footstep certainly is.

The twins have launched another clothing collection, this time with Norwegian retailer Bik Bok. The CFDA award-winning designers are in Oslo to promote the Fall 2013 line, which is the first in a series of three collections for the Scandinavian brand.  In a press release, Mary-Kate said the collection was influenced by the “Scandinavian It Girl,” and the Olsen’s own  style.

We can’t say we’re surprised the sisters have a Scandinavian following since their personal fashion choices, and their designs for cult favorite The Row, have a minimalistic essence. The Bik Bok line features items like basic tees and tanks, leather jackets, sheer plaid blouses and cropped pants, all with sexy-meets-grungey undertones.

With several pieces already sold out online, and prices starting at $30 and going up to $600 USD, we’re wondering how long it will take before the stuff is available stateside?

Take a look at the Olsen twins’ chic designs for Bik Bok and let us know: Do you like the collection?