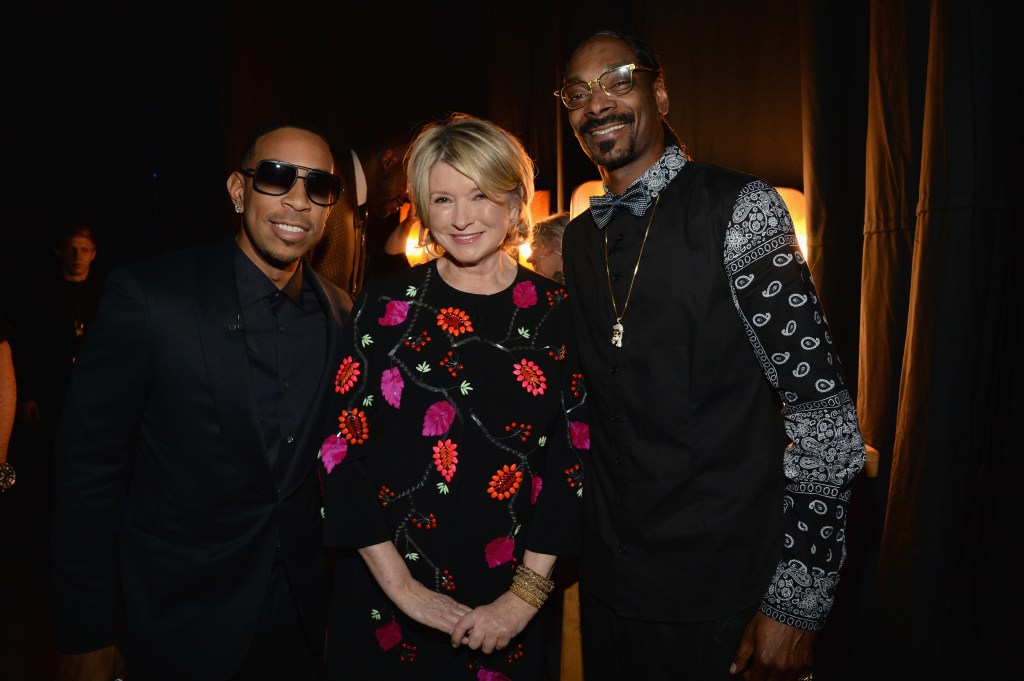 The dichotomy between straight-laced and undone, parochial and free-willed, conservative and liberal—however you want to frame it—is a trope as old as entertainment. It’s the reason buddy-cop storylines still manage to find box office success, it’s why Brenda and Dylan had such chemistry, and clearly, it’s why God smited us with the epic cringefest that was country boy Brad Paisley and LL Cool J‘s 2013 message song “Accidental Racist,” a do-good project nobody asked for, but that got enough press you had no choice but to listen.

It’s also why we find Martha Stewart‘s frequent fraternization with rappers and other folks her crowd would probably call “bad influences” so hilarious. Seriously—who doesn’t want to watch lily-white Martha spit with Diddy or gush about Kanye? It’s comedy gold, which is obviously why VH1 greenlit “Martha & Snoop’s Dinner Party,” a reality show during which the homemaking high priestess and the weed-obsessed Snoop Dogg cook for a revolving door of celebrity pals.

MORE: What the Size of Rappers’ Gold Chains Says About Them

Logically, it would appear Stewart’s stone-cold facade coupled with her 2004 jail time (a year-long stint for white-collar insider trading—hey, a crime’s a crime) probably earned the attention, and maybe even respect, of an entirely new demo, which could explain Kevin Hart famously describing Martha as having “more street cred than Ludacris and Snoop Dogg combined.” Yet it also appears the 75-year-old actually likes rap music, and is fully in on the joke.

Take a look at the proof, below.

The time she checked Eminem as the hottest rapper in the game.

To her credit, Em did have a bit of a resurgence that year, thanks to recording and touring with Rihanna and hitting pop radio hard with “Not Afraid.” So yeah, she was kind of right?

She also, in 2012, declared it high time the rapper release a new album on an episode of “The Talk.”

The time she presented a VMA with Busta Rhymes.

In 1997, Martha made an appearance at the MTV Music Awards alongside a very, very … chill Busta Rhymes. It seems awk at first—Martha drones on about arugula maturing and actually utters the phrase “phat beats” but the more you watch it, the better it is.

The time she knew it was Kanye West at Nobu.

“One day I met him at Nobu uptown,” she told MTV News. “We saw this table full of rapper-type guys and I said, ‘That’s Kanye West,’ and everybody at my table said, ‘Nope, they’re imposters, they’re impersonators.’ And he then walks over and introduces himself, and asks if he can come and see me at my office.”

“So he came the next day, by himself, on time, and he had a tour of the office. He wants to brand himself, he’s a big-time guy, and he wants to do all those fabulous things. You’ll be seeing Kanye West everything, he’s great!” 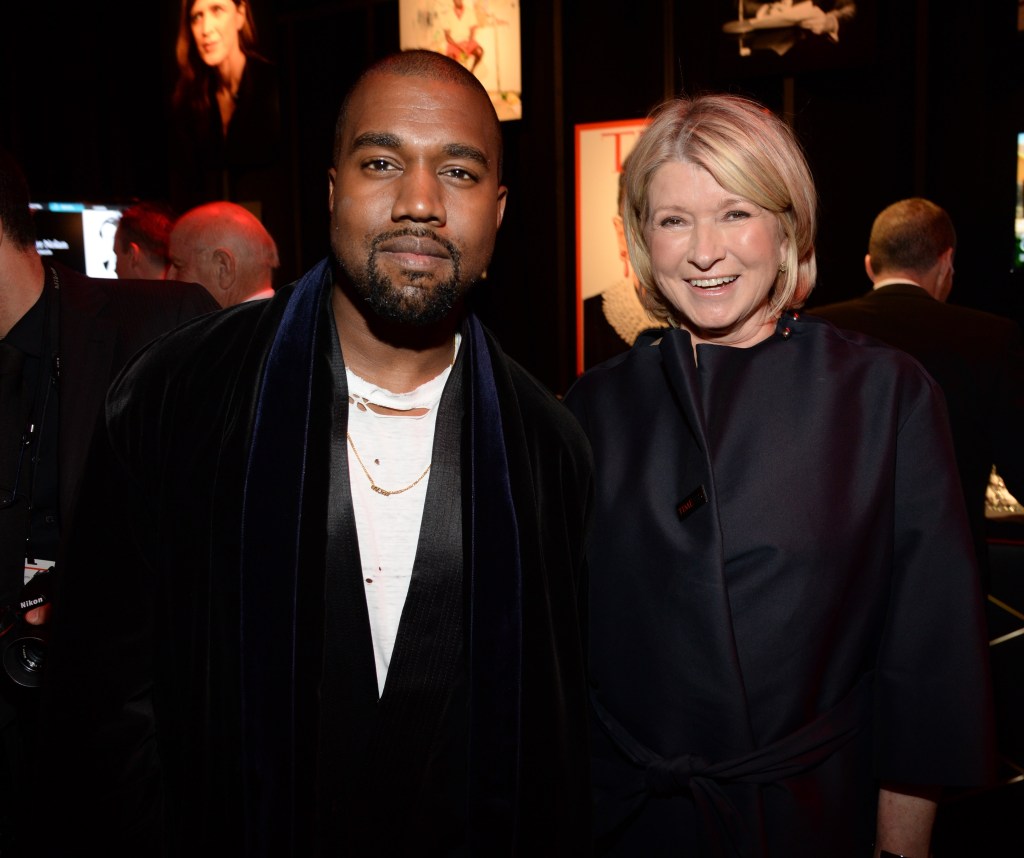 The time she baked brownies with Snoop.

Nope not those brownies—this was daytime TV—but Martha had Snoop on her talk show to bake holiday brownies. He also made another appearance in which they made mashed potatoes.

The time she got stoned with Snoop.

During Comedy Central’s roast of Justin Bieber—at which Martha was a speaker—comedian Jeff Ross apparently shotgunned pot smoke, courtesy of Snoop Dogg, into the guru’s mouth behind the scenes.

“We get nervous. These roasts are high pressure,” Ross told Conan O’Brien. “Snoop, a lot of times during the commercial breaks, would give me the ol’ elbow and we’d go in the back and decompress a little bit … And Snoop pulled out his—whatever you smoke stuff out of—and me and Martha Stewart got a little stoned.”

Although Ross clarified that Martha didn’t want to smoke the weed directly, “I shotgunned one directly into her mouth … We only had one hit left. She was a great sport.”

The time she straight-up read Snoop at the Bieber roast.

“It’s nice to see Snoop again, one of the highest-rated episodes on my show, Martha Stewart Living, was when Snoop and I made brownies together. I’ve used his recipe ever since. As a matter of fact, I ate three of them right before they called and asked me to do this roast. Snoop, I see that you have been following my beauty regimen. You would never know that Snoop Dogg is 43 now, which is three times as long as actual dogs live and twice as long as most of his friends.” 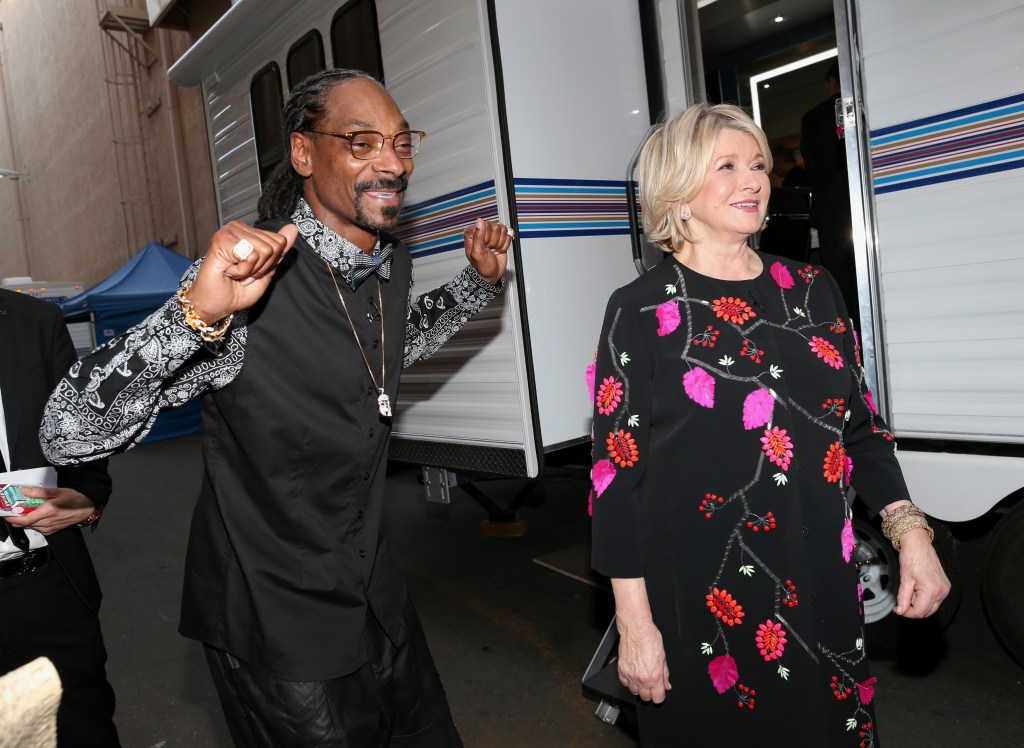 The time she played ‘Pyramid’ with Snoop.

Not too long ago, Martha quizzed what’s clearly her dear friend Snoop on lavish household items for an ep of the game show “Pyramid.”

The time she learned to rap from Diddy.

The time she said all rappers were “cute.”

In 2011, Refinery 29 asked Martha about her rumored hip-hip fandom, to which she replied: “ I like rap music. They’re all cute. Those are cute guys and they’re all talented. I do like rap music. I think it makes sense, I like the words. Well, not all of them. I like the beat. And during my show, that’s what we play during the breaks, and everybody is dancing in their seats and having a great time.  ” 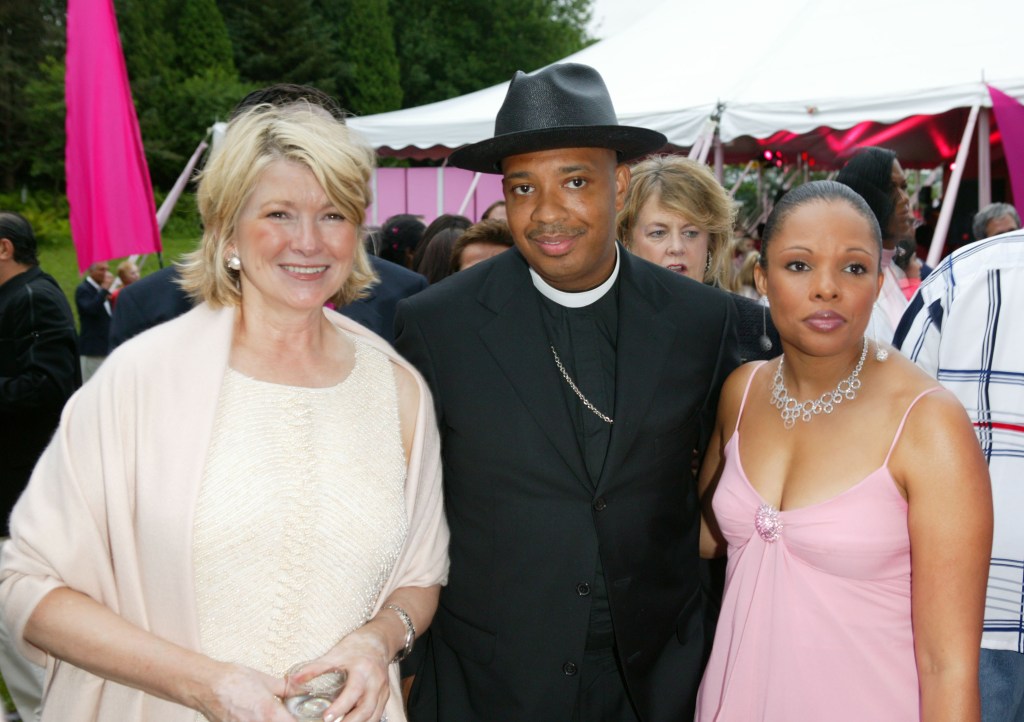