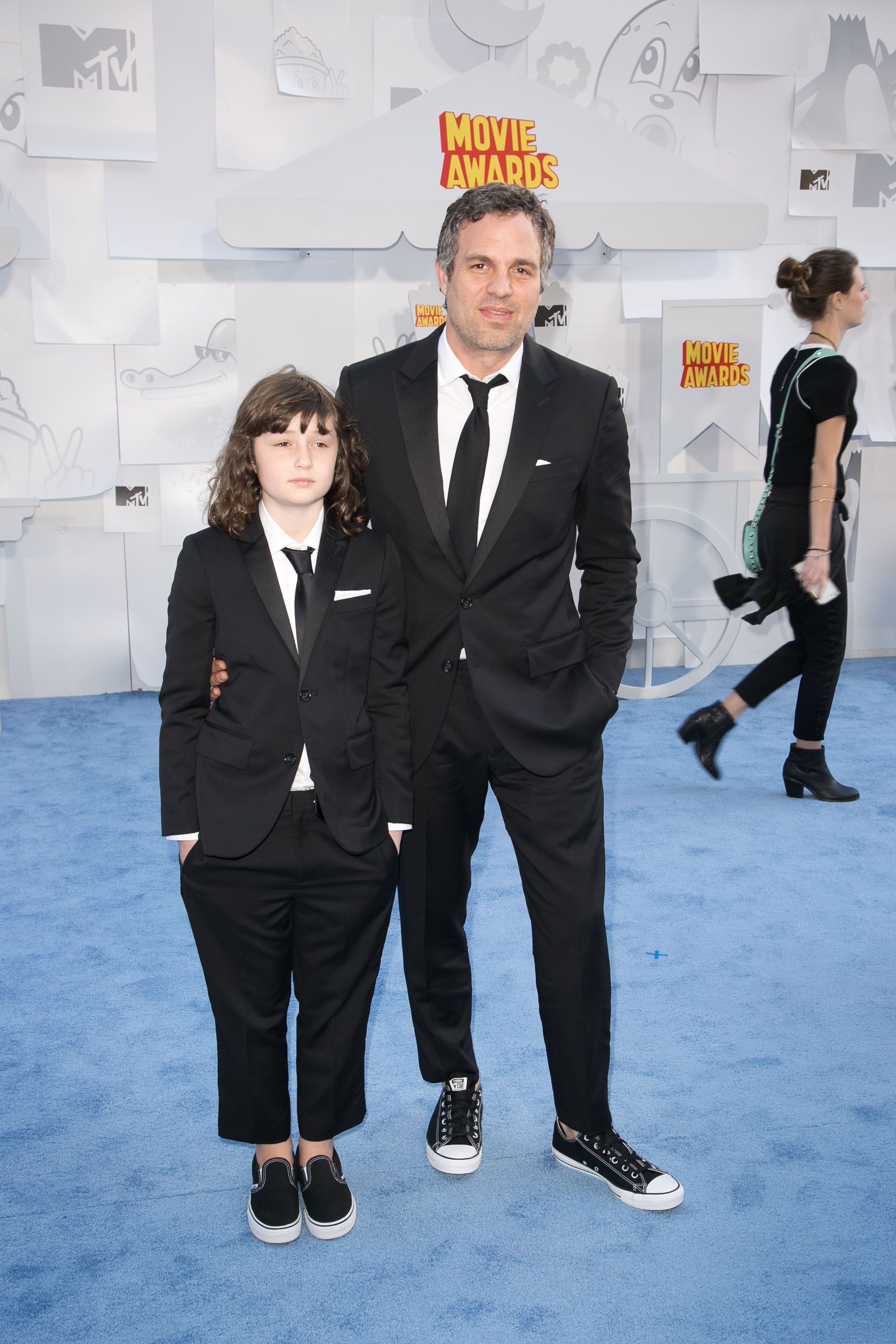 Uh, where has Mark Ruffalo been hiding his 10-year-old daughter Bella, otherwise known as our new style icon? The actor walked the red carpet at the MTV Movie Awards Sunday alongside the 10-year-old, and they were wearing—wait for it—matches tuxedos.

Before the event, the Oscar-nominated actor tweeted the below photo, which shows him and Bella, his middle child, looking like total bosses in their matching threads, shades, and casual black sneakers.

It’s pretty awesome to see parents allowing their kids to wear things that differ from what we might expect, and the fact that this 10-year-old girl rocked a suit instead of a dress just makes her that much more interesting. And it totally makes Mark Ruffalo the coolest. dad. ever.