She’s played Detective Olivia Benson for more than a decade, but Law & Order fans may be surprised to know that Mariska Hargitay‘s parents, Mickey Hargitay and Jayne Mansfield, are just as famous as her. Yup. Detective Benson comes from Hollywood royalty.

Hargitay made her debut in the Law & Order spinoff, Law & Order: Special Victims Unit, in September 1999. The show, which followed Benson and her partner Detective Elliot Stabler as they worked in the Special Victims Unit in a fictionalized version of the New York City Police Department, won more than 30 Emmys, including one for Outstanding Lead Actress in a Drama Series for Hargitay in 2006. (She became the first main cast member from any Law & Order show to win an Emmy.)

But back to her family. Law & Order fans may be surprised to learn that Mariska Hagitay’s parents are also actors. Ahead, meet Mariska Hargitay’s mom and dad and what she’s said about being raised by two Hollywood veterans. 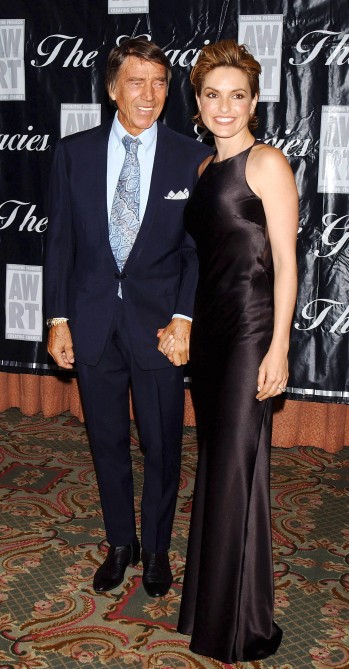 Mariska Hargitay’s dad is actor Mickey Hargitay. Mickey, whose real name is Miklós, was born in Budapest before moving to the United States in 1947. Mickey, who was the 1955 Mr. Universe, has starred in more than a dozen movies, including four with his wife Jayne Mansfield: Will Success Spoil Rock Hunter?, The Loves of Hercules, Promises! Promises! and L’Amore Primitivo. Mickey also made a guest appearance in Law & Order: Special Victims Unit in 2003 as a grandfather. He died at the age of 80 on September 14, 2006, from multiple myeloma, a cancer of plasma cells. Mariska’s older brother, Mickey Jr., is named after her father.

In an interview with Good Housekeeping in 2012, Mariska revealed the advice from her father that she still carries with her to this day. “I’ll take inspiration and information from wherever I can get it, whether that’s from my character, from my husband, or from my dad, who always said, ‘Mariska, you can learn from anyone and everyone,’” Hargitay said at the time. “‘From people who are older than you and people who are younger than you.’” 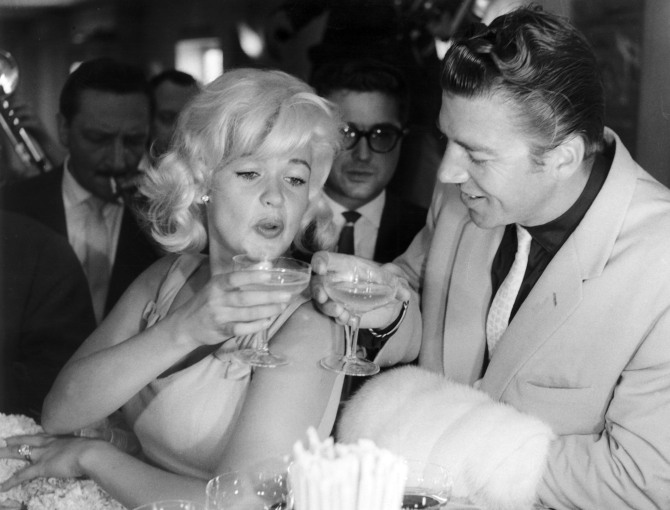 Mariska Hargitay’s mom is legendary actress Jayne Mansfield. Jayne met Mickey at the Mae West Revue in 1956, where he was performing. By 1958, they were married. The two had three children: Mariska, and her two brothers, Zoltan and Mickey Jr. Mariska also has a half-sister named Jayne from her mom’s relationship with Paul Mansfield. The Law & Order actress has two more half-siblings: a half-brother named Tony from her mom’s relationship with Matt Climber, and another half-sister Tina from her dad Mickey Hargitay’s relationship with Mary Birge. Jayne and Mickey—who starred in four movies together—divorced in 1964.

In 1967, Jayne was killed in a car crash along with her boyfriend, Sam Brody, and their driver, Ronald B. Harrison. Mariska and her brothers were also in the car at the time, but survived. Before her death, Jayne, who is one of the first Playboy Playmates, had starred in dozens of TV shows, movies and plays, as well as had released multiple albums. One of her career highlights was when she originated the role of Rita Marlowe in the 1955 Broadway production of Will Success Spoil Rock Hunter?, which won her a Theatre World Award and a Golden Globe. She also starred in the film version of the comedy with Mickey.

In an interview with People in 2018, Mariska opened up about the loss her mom at an early age. “The way I’ve lived with loss is to lean into it,” Mariska said. “As the saying goes, the only way out is through. In my life, certainly I’ve tried to avoid pain, loss, feeling things. But I’ve learned instead to real­ly lean into it, because sooner or later you have to pay the piper. I’m not saying it’s easy, and it certainly hasn’t been for me. There’s been a lot of darkness. But on the other side things can be so bright.”

Law & Order: Special Victims Unit and Organized Crime air Thursdays at 8 p.m. and 9 p.m. on NBC. Stream the next day on Hulu or Peacock.