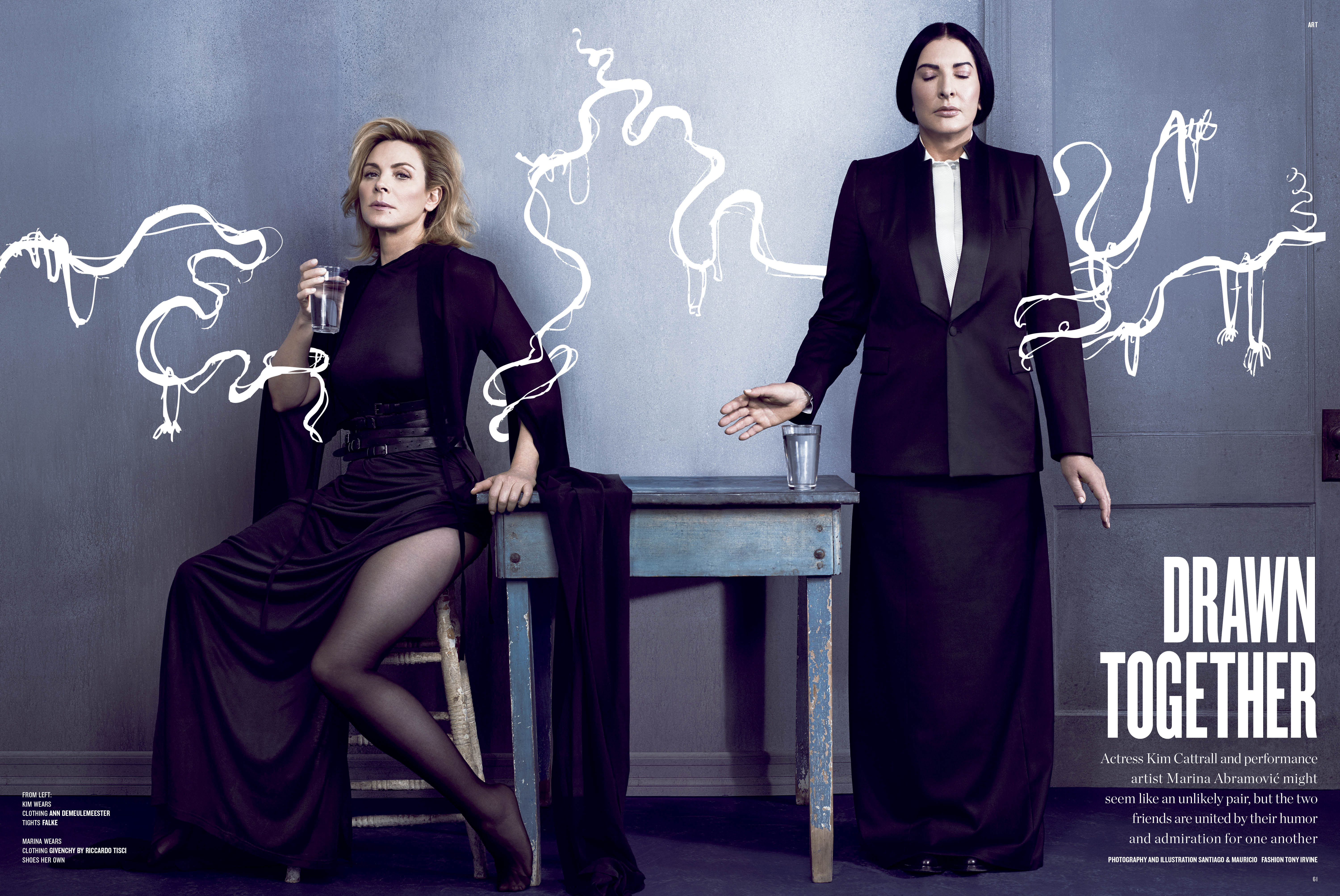 Fans of  “Sex and the City” are well aware that rumors constantly swirled around the fact that former SATC stars Sarah Jessica Parker and Kim Cattrall frequently clashed on set (they’ve since denied them)—and as diehard fans, we’ve always been a little sad that their real lives didd’t quite mimic the groundbreaking HBO show. However, even if the ladies aren’t exactly sharing Manolos these days, Cattrall did make an unlikely friend thanks to the show: Famed artist Marina Abramovic.

The duo posed for a photo shoot in V Magazine‘s upcoming summer issue (you know, the one with Miley Cyrus showing serious skin on the cover), and they chatted about making their friendship work in the modern age. Like many of us, they keep in touch thanks to technology. “The great thing about technology for friendships is that no matter where you are—I can send you an e-mail of me peeling shrimp in Baton Rouge while you’re in the rainforest in Costa Rica,” Cattrall told the mag.

They reveal that they first met after Abramovic—known for her avant garde performance pieces—was approached by “SATC” producers to reenact her 2002 work “The House with the Ocean View” during which she lived only on water for twelve days. While she opted to have someone else portray her, fans of the show may remember the scene when Carrie (Parker) and Charlotte (Kristin Davis) visit a Chelsea art gallery to see a woman—based on Abramovic—who wasn’t talking or eating (it also happens to be the fateful episode where Carrie first meets Aleksandr Petrovsky, played by Mikhail Baryshnikov.)

After the experience, Abramovic said she fell in love with the show—and said Cattrall’s sassy portrayal of publicist Samantha Jones was always a highlight. “You were my favorite character. You don’t give a shit about anything. It’s so good,” she told Cattrall during the shoot.

You can check out the full spread in V magazine, which hits newsstands tomorrow!

What do you think of Cattrall and Abramovic’s unlikely friendship?