Hey, all you cool cats and kittens—Apparently Tiger King has a massive fan in the one, the only Mariah Carey. If you’ve been binge-watching Tiger King on Netflix, you’re definitely not alone. In fact, you’re in pretty damn good company. Not only has the “All I Want for Christmas” singer watched the docu-series, but Mariah Carey actually made a Tiger King cake to stave off the social distancing blues. Seriously, talk about taking things to the next level. Carey’s Tiger King-themed pastry is the ultimate in fan dedication, and we love to see it. Catch us in the kitchen attempting to put Carole Baskin’s face on a cake ASAP. Mariah Carey, you’re a baking inspiration.

Of course, it wasn’t obvious at first that the singer was paying homage to the Netflix show. The first clue we got about Carey’s Tiger King cake was when she posted on Twitter that she was making a “surprise cake.” We could already see the tiger face forming a little, but this cake could have turned out to be anything. Luckily for all of us, Mariah Carey later revealed that this was, in fact, a Tiger King-themed cake—crown and all.

With the face of a tiger and a crown with a big “T” written on it in icing, we’d say Mariah Carey nailed this cake. If you haven’t already watched all of Tiger King, let this work of genius be your inspiration. I mean, if Mariah Carey taking the time to bake a cake based on the docu-series doesn’t make you want to watch it, we don’t know what will.

And while seeing a celebrity bake and decorate a cake based on Tiger King is a shock, it definitely makes sense that Mariah Carey loved the show, since she clearly has a thing for animals. In case you missed it, there’s a literal bed in the singer’s kitchen for her dog to lounge on. Joe Exotic may be the Tiger King, but Mariah Carey’s dog is major royalty. Just saying.

If you’re suddenly itching to create your own Tiger King cake, there are so many easy ways to do it. You can even decorate a store-bought cake if your baking skills aren’t your best asset. Just order a cake decorating kit and some icing, and get to work. Before you know it, you’ll have the wildest cake on the block. 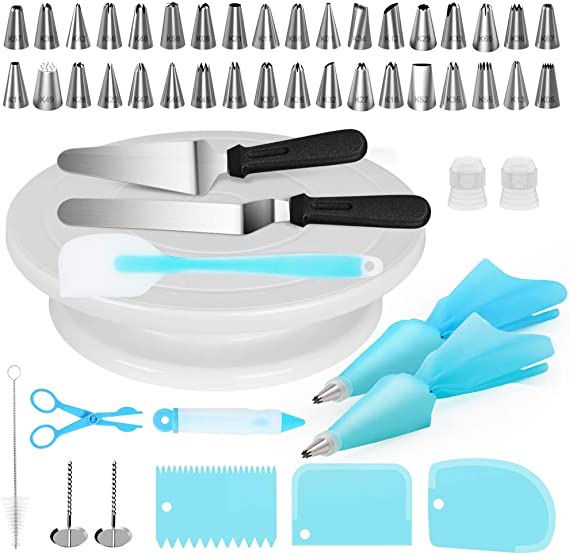 You’ll need all the tools to create the ultimate Tiger King cake, so start with a simple cake decorating kit. 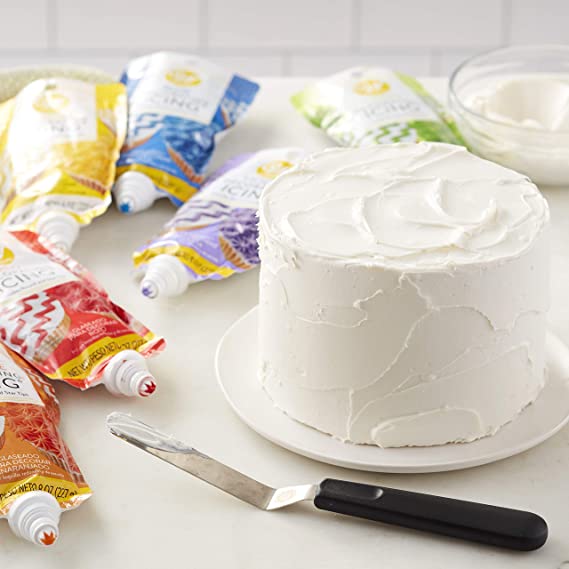 Then, add on some colorful decorating icing for an iconic tiger effect.