Mariah Carey wants us to know that she is a total girl next door in her new eight-part docuseries, “Mariah’s World,” which was teased in a new trailer today. “The thing is, about Mariah, she’s very misunderstood,” an off-camera voice says in the clip, followed by Carey casually saying, “I’m like anybody else.” Meanwhile, a montage plays of the pop star checking herself out in a mirror, surrounded by fans at an event, and performing onstage.

In the next sequence, she calls her upcoming wedding to Australian businessman James Packer “the most important event that’s ever happened.” After that, she tells the camera, “I’m wearing these glasses because we’re in fluorescent lighting, and I have a rule which states that I will not be seen in fluorescent lighting without sunglasses.” Though she adds, “I know, it’s very ’90s,” she is totally unapologetic about the move. The series documents Carey as she sings and dances her way through the UK, Europe, and Africa on her Sweet Sweet Fantasy tour and plans her wedding.

Look, Carey has been known for being a diva ever since she got famous. Just yesterday, she reportedly caused a scene at the GLAAD Awards, arriving an hour and a half late, demanding the red carpet was clear so that she and her fiancé could pose alone, and requesting that a reporter change their angle to catch her “good side,” according to Radar.

Earlier today, she basically pulled the same thing on NBCUniversal Upfront’s red carpet. She kicked things off by telling Jason Kennedy that this is an unsurpassable docuseries. “People really haven’t seen—they’ve seen tour documentaries and things like that—but not the way my life is,” she said. When asked why she’s so quick to label it a docuseries and not a one-season reality show (a.k.a. why she’s so shy to call a spade a spade), she explained, “Because that’s not who I am. That’s not what I do.… To not document this would have been upsetting, because I’ve done other tours that should’ve totally been documented.” 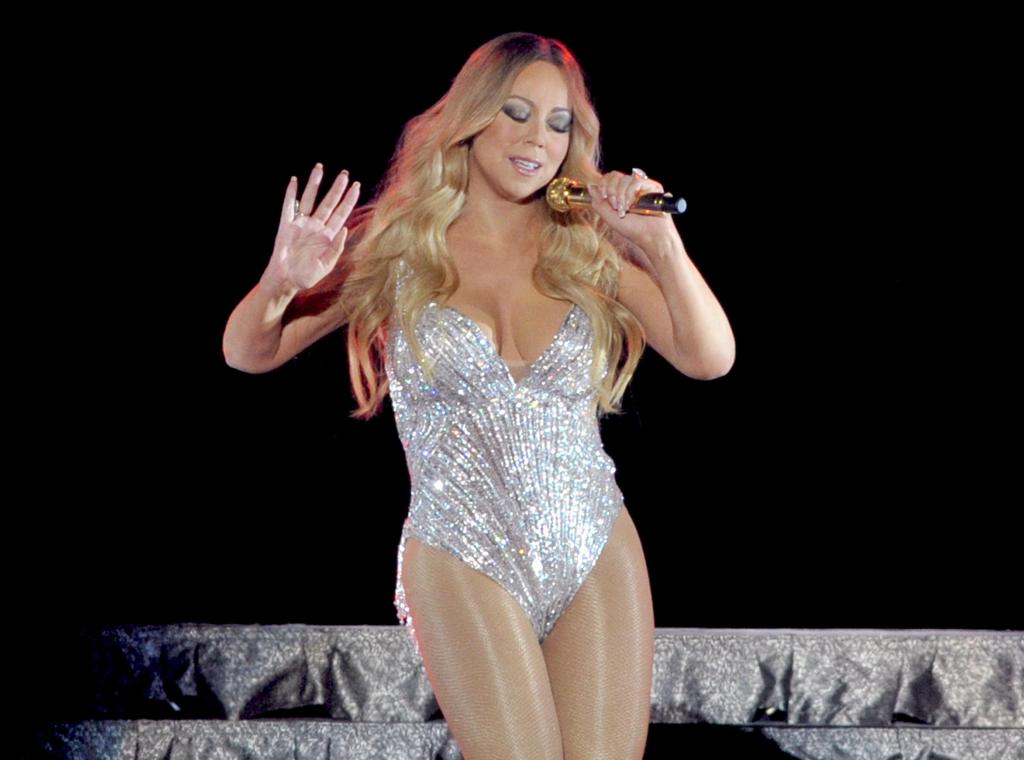 Having not really answered the question, all hell officially broke loose when she got a look of herself on a monitor. “Hold on, what am I doing with this dress? Let me pose right,” she said.

Unfazed, Kennedy asked, “Who are you wearing, by the way?”

“Balmain,” Carey said, twisting around for a better angle.

“Well, we just need to feature it right. That’s better.”

“We’re doing an up-down. Let’s take the other camera. Up-down, standing by, and look at that monitor right to your right.”

“No, I can’t, then I’ll be giving you my bad side, and then I’ll have to put these back on.” And then … she put her sunglasses on. All on live TV.

Perhaps Carey said it best when she told Kennedy later in the interview this morning, “Oh, darling. They’re all misconceptions. These people, they don’t know.… They don’t understand what it takes.… People will definitely get a better sense of me” by watching the “docuseries.” She echoed the sentiment in today’s new trailer, saying, “I don’t think everyone knows anything about me.” You can decide for yourself when the series premieres later this year.