You might have heard that Jared Leto is in the running to portray The Joker in the new film adaptation of the comic “Suicide Squad?” And that Will Smith, Tom Hardy, and Jesse Eisenberg are unofficially attached to star as well? 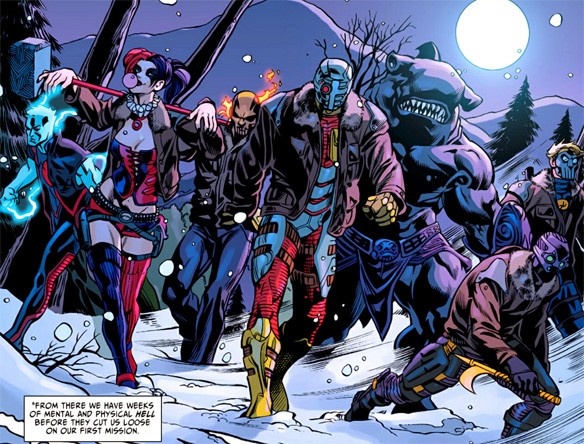 Well the latest DC Comics news was that Cara Delevingne was up for the role of Harley Quinn, another member of the villainous Suicide Squad and The Joker’s sexy sidekick. She even posted on Instagram about it.

But alas, it seems she was not meant to play Ms. Quinn after all. Several outlets are reporting that another Hollywood beauty, “The Wolf of Wall Street” star Margot Robbie, has nabbed the coveted role.

According to Screenrant, “‘Suicide Squad’ is a team with a rotating membership of DC Comics’ villains – both minor and major – who are coerced into high-risk black-ops missions by the government, and controlled by their Machiavellian handler, Amanda Waller.” And breaking it down even further for us non-comic know-it-alls, “That basically means that a film following such a team would be deeply rooted in the DC Comics underworld – a place that no live-action film has ever explored.”

It also means that this film will be more supervillain than superhero. Forget Batman and Superman saving the universe in this one—it’s all about seeing the world from the bad guys’ point of view.

Sounds cool, right? And while it would have been great to see Cara nab her first really huge role, something tells us Margot Robbie’s sexy body (of work) is perfect for Harley Quinn.