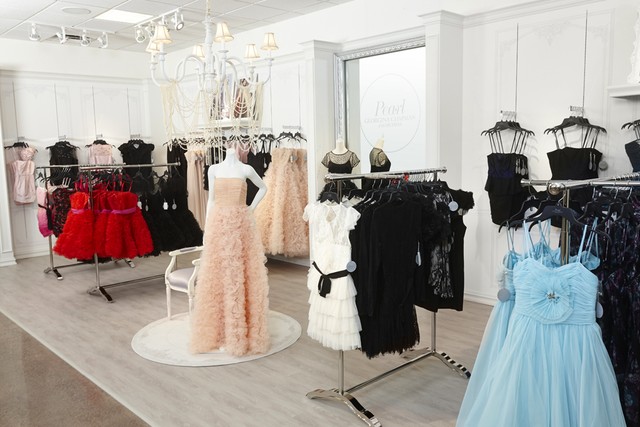 Want to wear a red carpet-style gown similar to those worn by some of your favorite A-list celebrities? Now you can—without shelling out five figures. Georgina Chapman, the head designer and founder of Marchesa (and, of course, the gorgeous wife of major Hollywood studio exec Harvey Weinstein), is launching a line with struggling mass retailer J.C. Penney called Pearl by Georgina Chapman of Marchesa.

“I have really enjoyed this challenge,” Chapman told WWD. “It’s amazing what Penney’s can achieve at a price point. There’s corsetry involved, beautiful laces, beautiful prints.” The line will retail between $50 and $250, and items include long organza gowns with ruffles, printed dresses, and an emphasis on prom-friendly looks.

Given Marchesa’s red carpet cache, cornering the prom market is an ideal move for the label as a way to align its designs with the mass market.

It’s also a smart move for the fledgling department store, which has been attempting to overhaul its image by teaming up with fashion designers such as Cynthia Rowley and Vivienne Tam, and edgier label Duro Olowu. Marchesa, however, is probably Penney’s most widely-recognized name, thanks to the celebrities that regularly wear the brand at high-profile events like the Oscars.

The collection will be available starting March 1 at J.C. Penney stores nationwide, and the retailer has scored prime advertising space during Sunday’s Academy Awards to get the word out (considering Chapman’s husband’s films regularly dominate the Oscars, this is pretty much perfect placement).