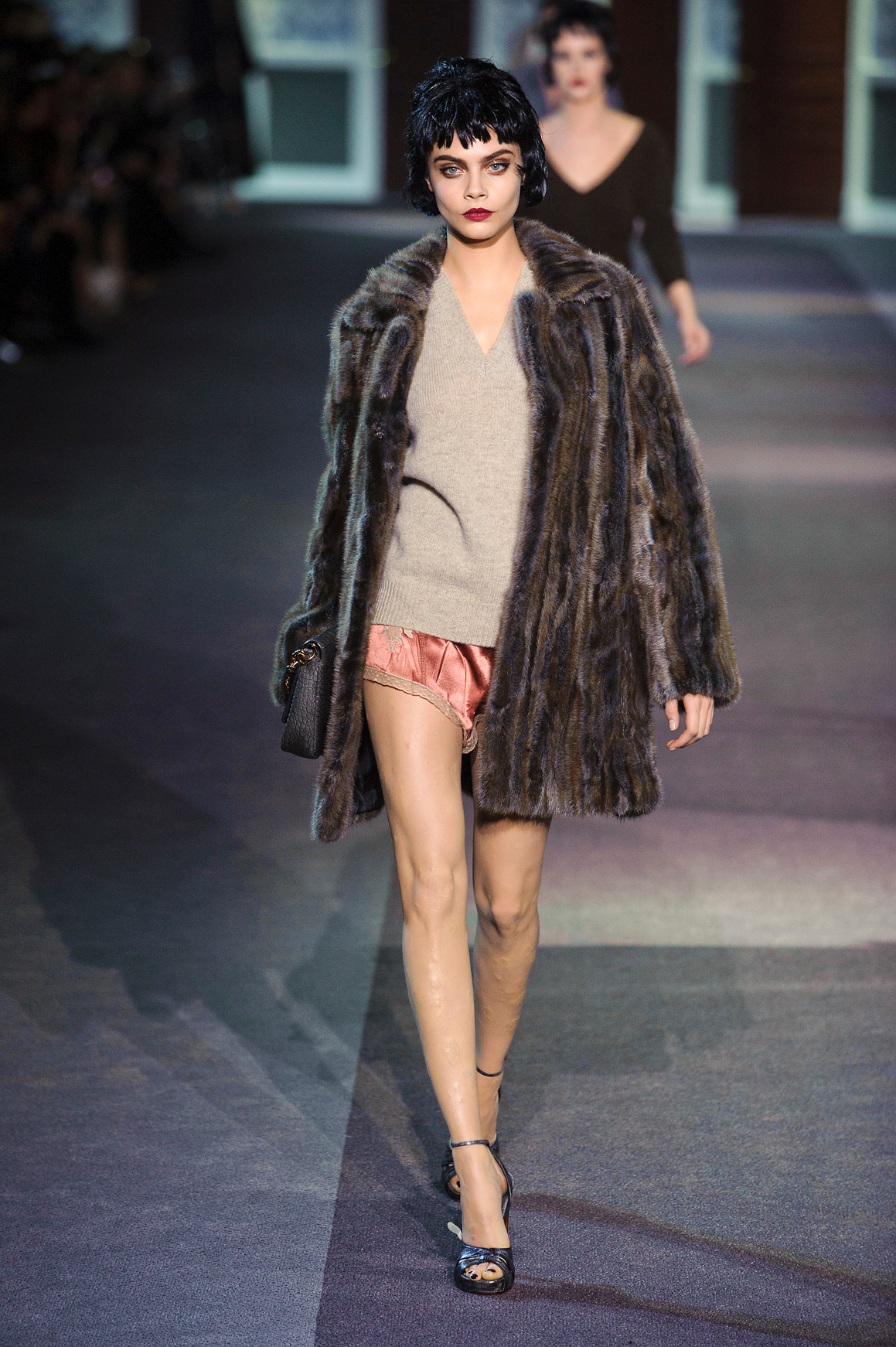 Although Cara Delevingne (and her jet black shag wig) was one of the more memorable models on the runway at the Fall 2013 Louis Vuitton show (above), it turns out that the brand’s opinionated creative director Marc Jacobs wasn’t always a fan of the 20-year-old It-model. In fact, he went so far as to cut her from a Fall 2012 runway show.

Katie Grand, Jacobs’ frequent stylist and collaborator, opened up to The Sunday Times about her own career, and dished some serious dirt about casting Louis Vuitton’s show. Grand—who happens to be a huge proponent of Delevingne and featured her several times on the cover of Love magazine (which she started)—really wanted the model in Vuitton’s Fall 2012 show, but Jacobs wasn’t sold on the idea.

“Why is that dwarf in here?” he reportedly quipped to Grand.

Clearly, Jacobs seems to have had a major change of heart, as he featured Cara in both the Louis Vuitton and Marc Jacobs shows, as well as the “Protect The Skin You’re In” campaign. We’d guess that her astronomical rise to the top of the modeling game—coupled with the fact that everyone and everything fashion related wants a piece of her—had something to do with it.