There are a few things that, in the modern fashion world, happen to be totally inevitable: Zara knocking off designers the minute Fashion Week ends, bloggers filling up your Instagram feed with pretty (if banal) photos of things like mashed avocado on toast, and the one ‘It’ bag that everyone’s just gotta have.

That last one is of particular interest to us because—while we love a gorgeous Céline tote or a buttery Proenza Schouler satchel as much as the next girl—we have a hard time getting on board with the notion that young women should shell out thousands of dollars for a handbag, only to be told in six months that it’s passé.

It’s for this reason that we’re paying close attention to Mansur Gavriel, a young label that managed to do the imposible: Create bags that have the fashion crowd in a tizzy but that don’t look particularly trendy, recognizable, or status-driven—and that are relatively affordable, to boot.

Founded in 2012, by Rachel Mansur and Floriana Gavriel, the New York-based brand creates simple, functional, leather bags in three silhouettes—a tote, a pouch, and a bucket style, the latter getting the most amount of buzz (likely spurred by the fact that they’re sold out everywhere, and women are putting their names on waiting lists.) At $495, the bucket style isn’t cheap, but certainly more palatable than Givenchy’s $2,000 floral Nightingale tote or Chanel’s $4,000 Le Boy bag. 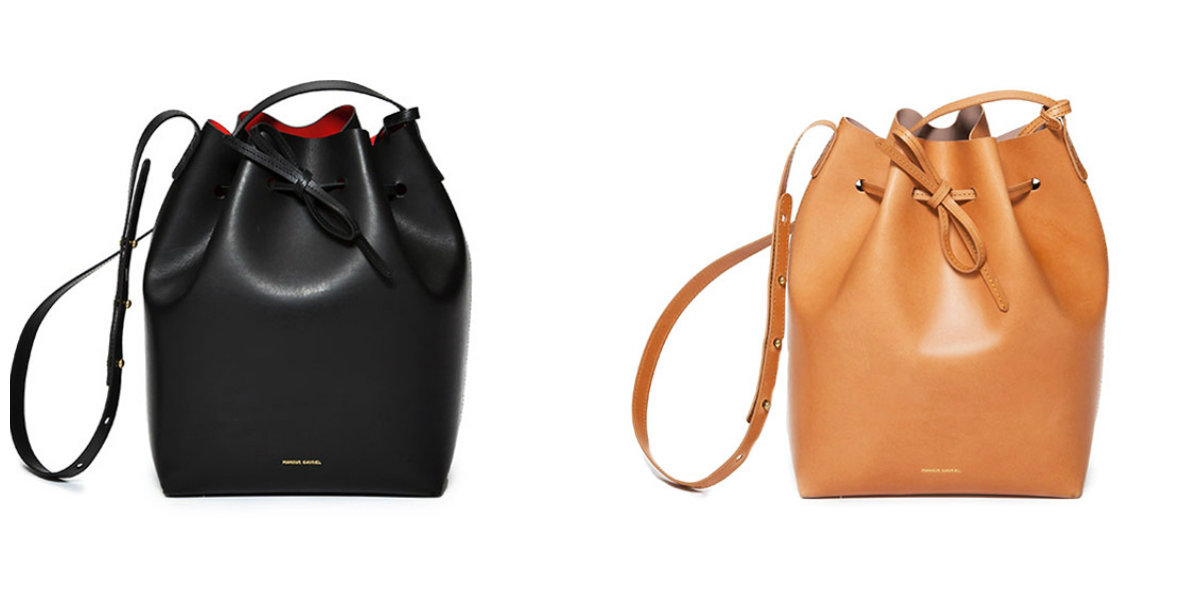 There’s no conspicuous branding on Mansur Gavriel’s bags, save for a discrete gold-embossed label, though you can customize the lining with fun, bright colors. The fact that all the bags in the brand’s initial collection were rendered in only three basic colors (black, tan, and brick red) could hint at the idea that fashion-minded women are suffering from spot-it-a-mile-away bag fatigue.

The idea that fashion followers might be looking to move away from being conspicuous has been getting a lot of attention lately, since New York Magazine debuted a story on “normcore,” a movement that deliberately has people embracing a stylized “sameness” when it comes to clothing, rather than always seeking to stand out or be different.

However, there’s no denying that—among the fashion crowd—Mansur Gavriel’s bucket bag is a status bag, even if the founders didn’t design it that way.  The bucket style is sold out everywhere, it’s listed on eBay for $800, and it’s been the subject of stories on sites like Fashionista, which recently wrote an actual guide that detailed how you can get your hands on the bags. Plus, as Fashionista pointed out, Mansur Gavriel counts Eva Chen, Garance Doré and Miranda Kerr as fans—all influential insiders.

Another reason why this brand has clearly approached “It” status: Since selling out, it seems the label has raised its prices. During a trunk show on Moda Operandi last month, we noticed that the spring 2014 bucket bags were $610 and $695, not $495—an obvious response to the fact that people want these bags because of their rising fashion cred.

After all, if shoppers were only concerned about the shape, they’d just head over to Urban Outfitters and pick up a near-identical Baggu leather bucket bag for $140 and call it a day.