Malin Akerman has starred in cult-favorite films like Watchmen, Harold & Kumar and 27 Dresses, but it wasn’t until August that she was in something that she could watch with her 6-year-old son, Sebastian.

“Having a child has shifted things for me. Because I couldn’t show him any of my movies prior to this one, I was looking for something I could watch with him,” Akerman tells StyleCaster of her Netflix film The Sleepover, which premiered on August 21. “He’s at an age now where he knows what I do. He’s been to sets, but he’s never gotten to see any of the results. I’ve looked into doing voice overs for any sort of Pixar film. Then this came around, and I loved the script.”

In The Sleepover, Akerman stars as Margot, a former jewel thief turned mother of two who’s on the run from a crime lord. Though the film is a family movie, that doesn’t mean that Akerman’s action scenes were any less hardcore. “I always love a good physical challenge like that. I guess I got the bug back when I did Watchmen, and I got to do stunt training and fight training,” she says. “Male or female, I think we all enjoy the challenge of getting paid to get in shape and to fight and do stunts.” When asked if she’s seen HBO’s 2019 Watchmen miniseries, Akerman, who starred in the 2009 Watchmen movie, said, “It’s definitely at the top of my list. So many people ask me about it now. I definitely have to watch it. That’s it, I’m gonna do it this weekend.”

However, training for an action movie isn’t the only way Akerman stays in shape. In September Akerman partnered with CoolSculpting and CoolTone, in-office procedures performed by Dr. Grant Stevens and his team that helps to sculpt the body and strengthen muscles. “I feel so much more toned when I look in the mirror. I can see the tone and I feel so much stronger,” she says.

Ahead, StyleCaster talked to Akerman about her go-to act of self-care in quarantine, the beauty product she uses until the last drop and comparisons between Showtime’s Billions (which she’s starred on since 2016) and HBO’s Succession. 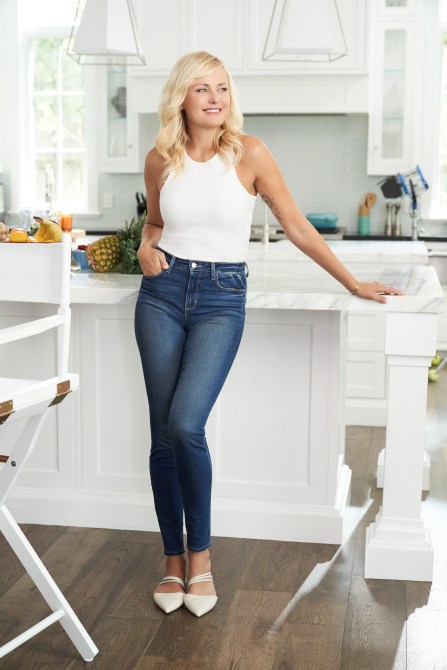 On comparisons between Billions and Succession

“I have seen a few episodes of Succession. I think it’s brilliant. My friend, Jeremy Strong (Kendall Roy), is in it. He’s a lovely human being, and he’s wonderful in it. I think they really nailed it with the dynamics. I’ve heard it compared to Billions quite a bit. I think the worlds are similar, but they’re different enough because I think the family comes in more in Succession and Billions is a bit more a workplace show. That’s where they differ. Of course, they also have a different cadence and a different rhythm to each of them.” 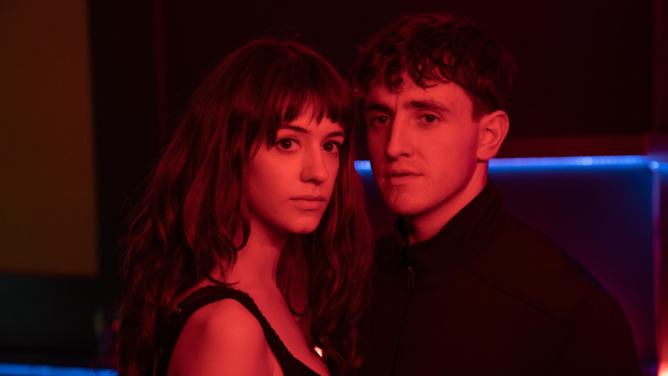 “I loved Normal People. That ending. That last episode. That last thing that they said. It was probably my favorite thing that I’ve watched the whole quarantine.”

On what she’s read in quarantine 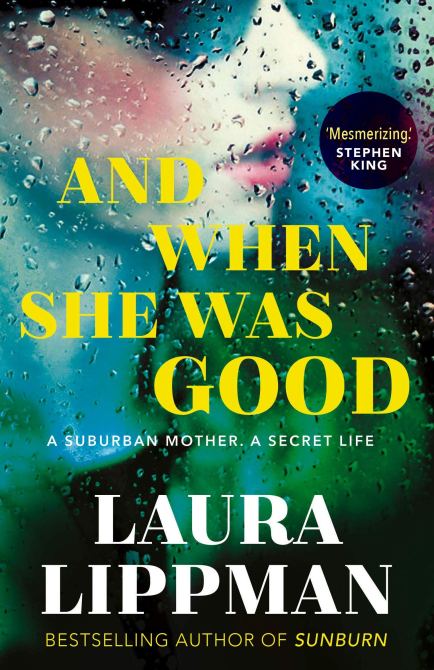 “I have a few books that I’m working on. I can never read just one at a time. None of them are finished yet. I have the Alicia Keys biography, which is great so far. I’m about 40 pages in. I have Laura Lippman’s novel called And When She Was Good. It’s interesting. It’s a lovely novel. And then there’s Glennon Doyle’s Untamed. Those are the three books that I have going on right at this moment.

“To Scratch a Woman. That’s her short story, which is something I’ve optioned to make into a show. We’ll see if that works out. I would definitely consider [starring in it]. I definitely want to produce it. We’re talking about it, trying to get that rolling. We’ll see what happens. Everything is so up in the air right now. I could definitely see myself being a part of it.”

On what she wears to feel confident 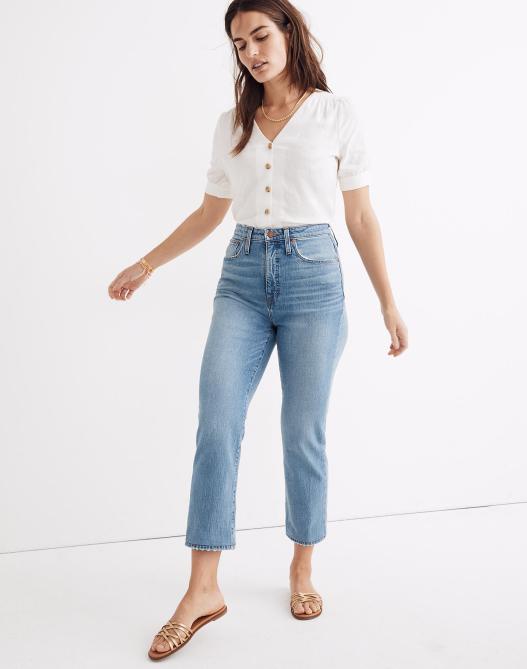 “Jeans. There’s something about jeans. A nice high-waisted jean. I don’t have much of an hourglass figure, which is why this is so exciting to do the sculpting of my body. I love a good high-waisted jean. Just throw it on with a cool T-shirt or tank top. I feel great and ready for anything. There’s a few great brands. Madewell does some really great ones. J Brand. Mother. I think half my closet is jeans. I have an obsession.”

On the beauty product she uses until the last drop 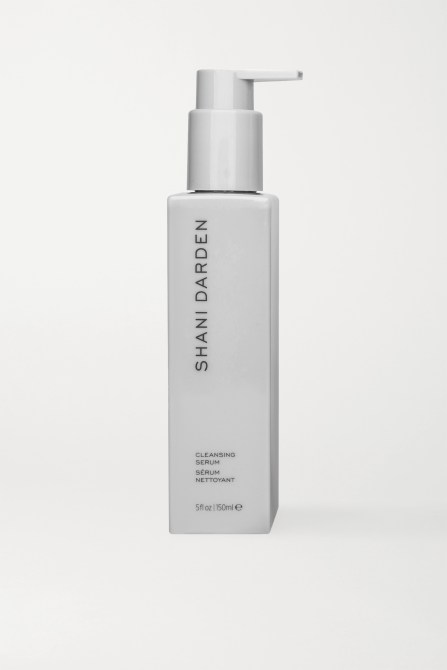 “Shani Darden has this great face cleanser that I use all the time. Even when it comes to the end, when you do undo the top and put water in it and mix it up to get the last bit of it. That’s the one.”

On her go-to act of self-care in quarantine

“Many years ago, I bought a one-person, do-it-yourself, put-it-together infrared sauna. It’s a little box on my lot, and I go in there and I bring my book and it’s quiet. It’s a soundproof little room, and I sit there and I sweat it out and nobody can bother me. My son can’t find me. That is my go-to, a few times a week, just relaxation. My meditation moment.”