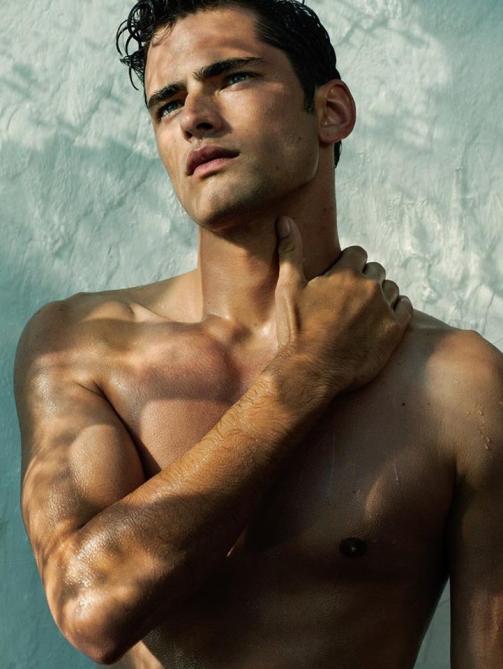 It’s man’s world out there, unless of course that man happens to be a male model. According to Forbes Top Earning Male Models List, the 10 highest-paid male models only earned a total of $8 million last year, an amount that doesn’t even come close to the $83 million earned by their female counterparts during the same period.

MORE: Some Models Are Pulling Out Their Teeth To Look Thinner

At the top of the list is Sean O’Pry, a 24-year-old native of Kennesaw, Ga, who made an estimated $1.5 million last year and has appeared in major ad campaigns for Giorgio Armani, Versace, H&M, and Hugo Boss. Fragrance contracts with Jil Sander and Viktor & Rolf account for the majority of his earnings. Still, being ridiculously good looking is much more profitable for his female equivalent —  Gisele Bundchen, who brought in a whopping $42 million last year.

Based on PayScale.com, female models, with an average yearly income of $41,300, earn 148% more than male models — hello gender income inequality! The numbers are revealing, in that they show the extent to which women — and men — idolize female beauty, and the significantly greater value placed on female appearance.

MORE: 12 Plus Size Models That Permanently Changed The Game

As a result of their idol status, many successful models go on to have lucrative careers long after their modelling days. You need not look any further than Cindy Crawford‘s furniture line, Kate Moss‘ myriad collaborations (though she still models a lot), and Iman‘s beauty company.

To do your part to help balance the income scales, might we suggest you begin doing a little more male objectifying? And in case the list’s top earner isn’t to your liking, the other nine, including runner up David Gandy (the face of Dolce and Gabbana‘s Light Blue fragrance) — aren’t too painful to look at.

MORE: New Technology Promises To Make You Look Slimmer In Your Skinny Jeans