The 2014 Winter Olympics are set to start this Friday in Sochi, and by now, you’re probably more than ready to see what goes down after months of international athletic drama.

So far, those of us following along at home have watched reigning downhill skiing champ Lindsay Vonn give up her bid for this year’s gold, and figure skater Ashley Wagner make the team despite bombing the Olympic qualifiers—all while President Obama and Vladimir Putin do a diplomatic dance around the issue of state-supported homophobia in Russia.

Next to all that pre-competition angsting, male figure skaters aren’t exactly top of your list of Olympic priorities. But we’re here to tell you that they totally should be—America’s representatives this year are pretty rad. Check it out:

We have two male singles figure skaters this year, Jeremy Abbott and Jason Brown, and they are each their own special brand of adorable.

Abbott, at the age of 28, is the “old” man of the men’s team. He’s been on the international circuit for a long time now, but saw his Olympic dreams crushed when he performed poorly at Vancouver in 2010.

In the intervening four years, he’s struggled with back problems, and he announced that he would retire after the 2014 season.

Sochi is his last shot at Olympic gold, and it’s impossible not to root for a guy performing his swan song with such poise and gravitas. He played up his melancholy vibe at the U.S. Championships with an amazing short program set to “Lilies of the Valley” that gave him the highest-ever score in that category by an American. He’s set to repeat that performance next week in Sochi. 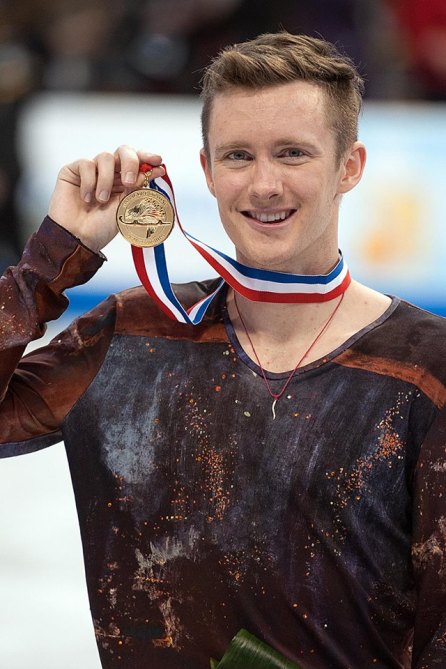 Check out his short program here:

Brown, on the other hand, was definitely the dark horse of the Olympic qualifiers. Sochi will be the first Olympics for the 19-year old Chicago native, who just one year ago was only ranked 9th nationally. He spent this year surging ahead of the pack, and clinched his place for the Games with a Riverdance-inspired long program at the U.S. Championships that brought the crowd to its feet, and put him in second place overall, behind Abbott.

Between his completely earnest and unfeigned excitement about the Olympics, his signature long ponytail, and his unconventional routines, Brown is a fan favorite who might easily become Sochi’s more likeable answer to Johnny Weir. 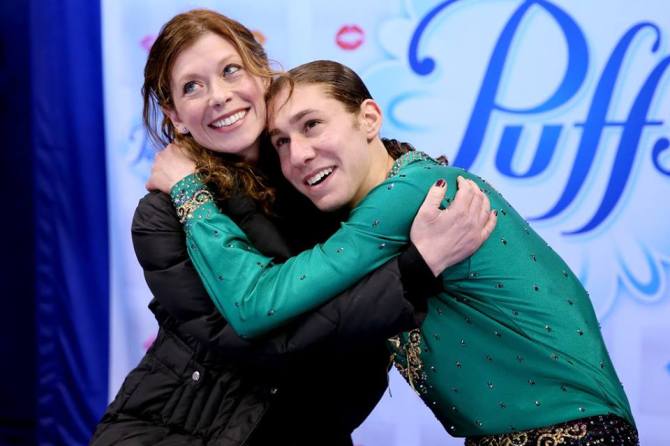 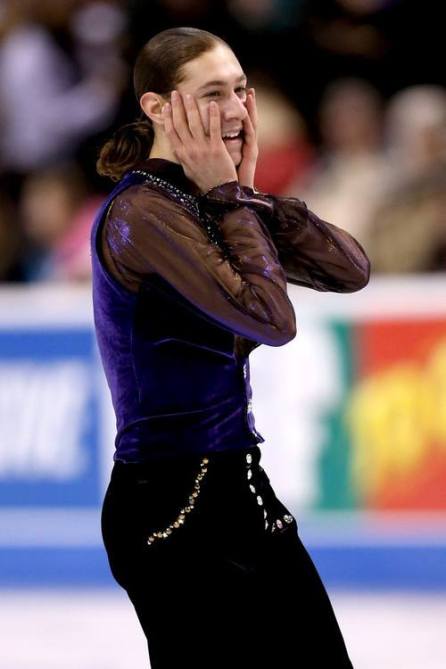