Fashion Week doesn’t slow down just because it’s the weekend, people! Between Kendall Jenner making a runway appearance, Miley’s nipple covers, and a one-act play, there was a lot of excitement during the last two days. Here are 6 must-know moments. 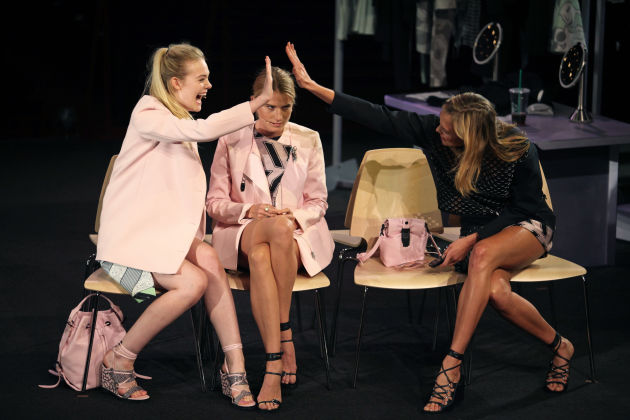 Last month, it was announced that Opening Ceremony would be staging a one-act play in lieu of a fashion show, written by Jonah Hill and Spike Jonze. The 45-minute show debuted at the Metropolitan Opera House on Sunday night and—predictably—the fashion crowd flipped for it, despite the fact it humorously skewered the industry. To its credit, the play—about an aspiring teenage model (Elle Fanning)—smartly found a way to insert clothes into the mix, by having the model go to Opening Ceremony’s spring 2015 collection casting. From there, she meets a variety of stereotypical industry folks played by Dree Hemingway, Karlie Kloss, Cameron Mitchell, Bobby Cannavale, and Catherine Keener, and the moral of the story was basically that fashion should be fun.

Whether you liked the play or not, it was useful: New York Fashion Week really needed a shot in the arm, especially since its relevance has been questioned during the last few seasons, and this was definitely it. 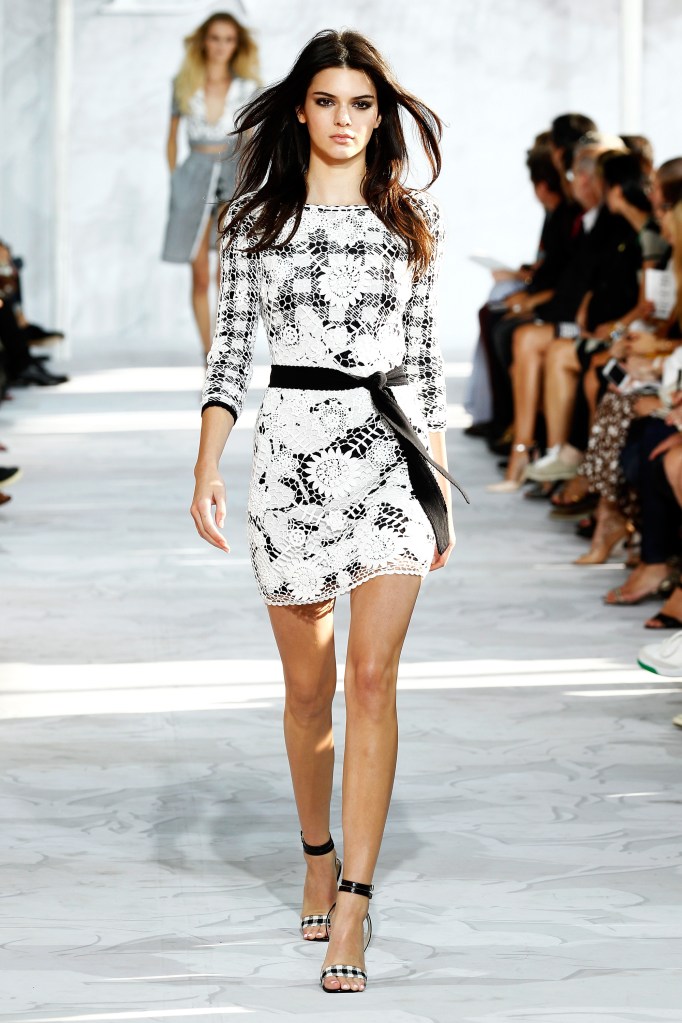 We thought she was going to be everywhere, but Kendall (who apparently goes by one name now) didn’t make a runway appearance until Sunday afternoon, when she walked in Diane von Furstenberg‘s Spring 2015 show. Perhaps she’s holding out for Paris?

You know it’s a good party when Miley shows up wearing nothing but ice-cream shaped nipple tassels. That’s what happened Saturday night at Alexander Wang‘s secret Bushwick rager, during which Miley smoked, twerked, danced topless in a tiger mask, and got pretty damn gritty 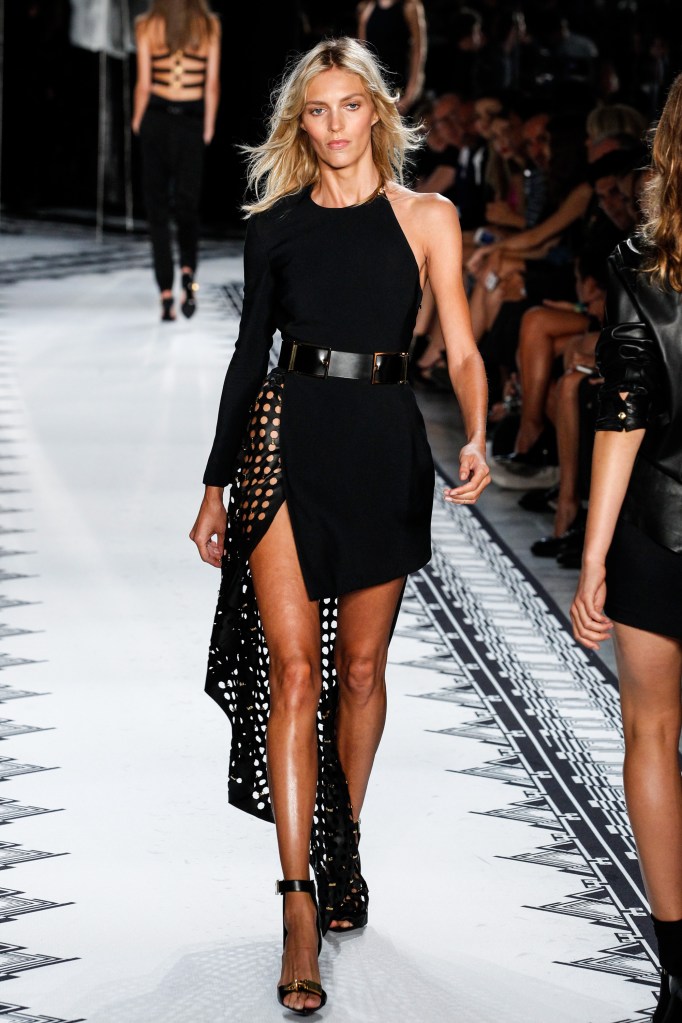 4. Anthony Vaccarello’s first collection for Versus

Anthony Vaccarello‘s show for Versus followed Opening Ceremony’s play—pretty funny, considering how seriously Versace takes fashion and everything about it. Still, the collection was a staggeringly sexy hit, largely thanks to the fact that Vaccarello applied his sextpot principles to Versace’s secondary line. Naturally, there were plenty of Versace signatures like lion heads, Greek keys, lots of skin, and Vaccarello’s muse, the otherwordly Anja Rubik.

Before Alexander Wang’s big Spring 2015 show at Pier 94 on Saturday, Minaj apparently agreed to teach four models the raunchy dance from her butt-shaking “Anaconda” video. Vogue was on hand to capture the magic (courtesy of director Gordon von Steiner), which was all posted to the magazine’s Vine account. While we’re constantly in awe of models’ beauty, we’re not quite as taken with their dance skills. 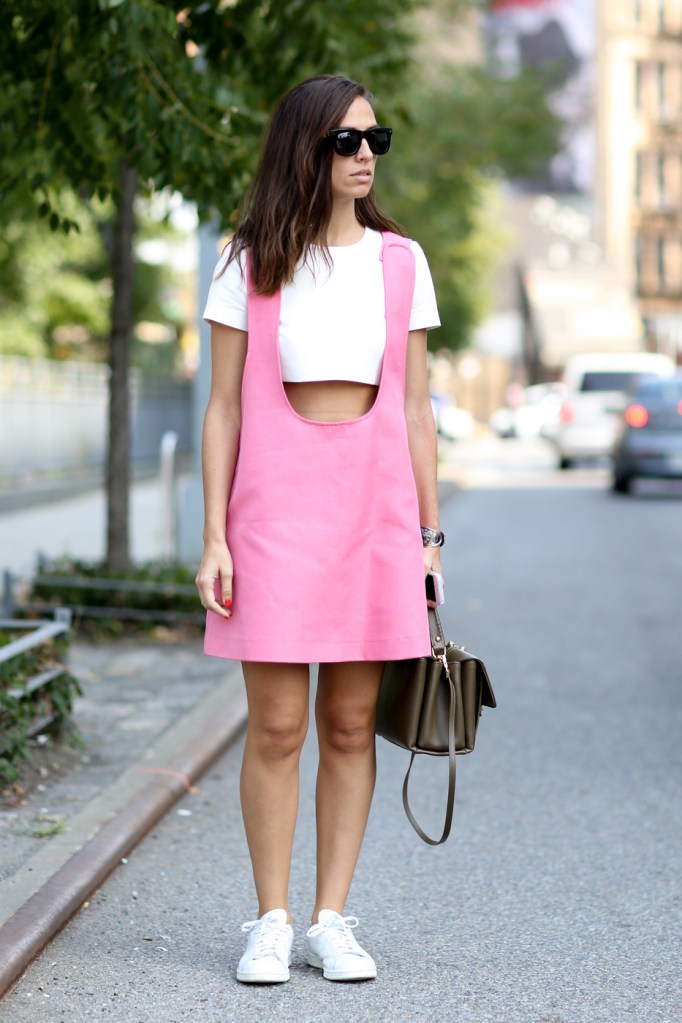 6. The fact that everyone is wearing sneakers.

Fashion told us comfort’s in, and apparently we’re listening: Pretty much ever street style photo we’e seen features sneakers, or at least some type of flat, often paired with otherwise dressy items.