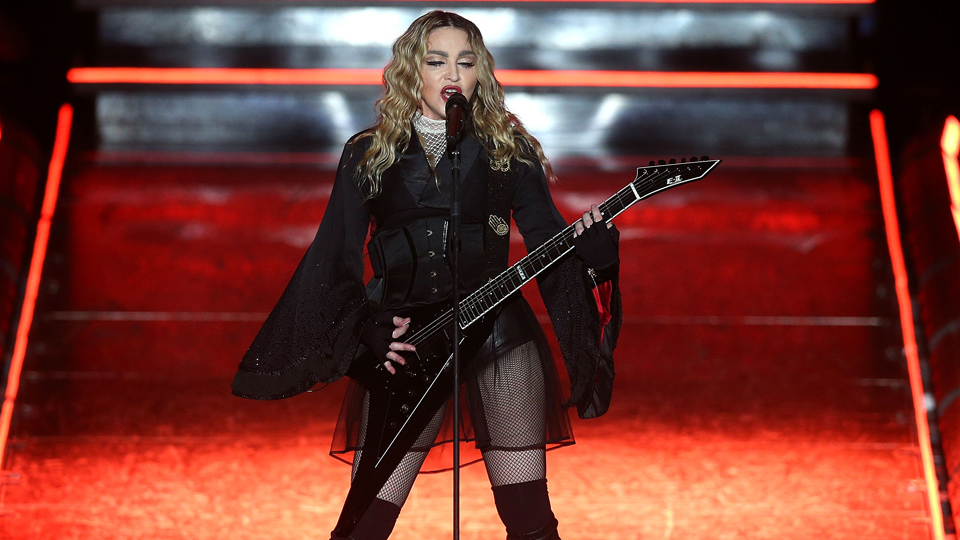 One minute you’re a fully clothed woman watching Madonna perform live, and the next your naked boobs are a viral sensation.

That’s exactly what happened to one fan when the singer’s Rebel Heart tour hit Brisbane, Australia, on Thursday night, after Madonna arrived two and a half hours late for the show. She was pulled from the crowd to join the Grammy winner on stage before Madonna made like that annoying girlfriend we all had in college and pulled down the showgoer’s top to flash her boobs to the thousands of audience members and millions of us watching on YouTube. Stay classy, M!

“She’s the kind of girl you just want to slap on the ass and pull,” Madonna said while tugging the unsuspecting fan’s strapless top down. “Oh shit, oh sorry, sexual harassment,” Madonna then added. “You can do the same to me.”

Of course you can relive the whole thing online this morning (thanks, camera phones), so here’s some footage from the bizarre concert.