SC: What can you tell us about where your characters are left in the finale?

MI: “Well, Lennon is very much dead, and Alison is very much…well…Honestly, it ended in the best way possible. I think I was in shock when I first read how the story would wrap up, but I can’t imagine a more satisfying ending.  I don’t really know what this means for Alison, Margot, Riley, and Dylan’s future, but all I know is they’re in more trouble now than they started with at the beginning of the show.”

SC: Is there anything you wish your characters had done differently this season?

MI: “Not really. I think every decision they made led them to where they ended up in the finale. And who doesn’t love some chaos? Though it would probably do Alison some good to not get so emotionally connected to everyone and everything.”

SC: What was your favorite scene you filmed this season?

MI: “I think my favorite scene(s) is from episode 2 when Alison and Bruce decide to transform Alison into her sister. It was all very dark, twisted, and unexpected. Bill Heck, who plays my father, and yes, a very terrible father, just happens to be the greatest human. We had so much fun together even though we were dealing with some pretty heavy circumstances. He always pushed me to give my best performances and was just such a treat to work with.” 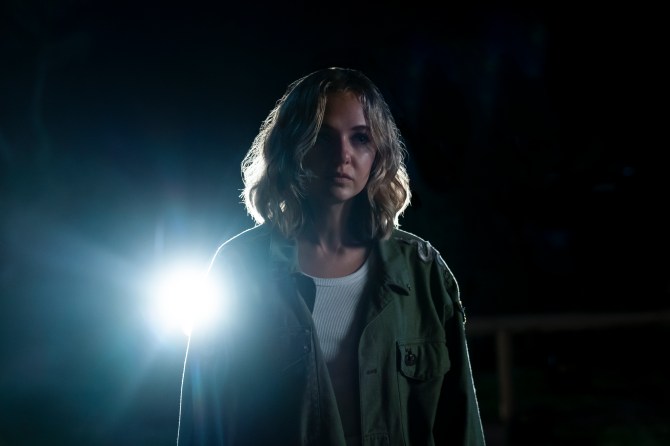 SC: Who is an actor you’d love to guest star next season and who would you want them to play?

MI: “I mean, I would obviously love to see someone from the original cast come and play. In a dream world, I would love to see Anne Heche tackle some part of the cult and have that become a leading storyline.”

SC: If you get another season, what do you want to happen for your character – who would you like to see her paired with that will cause drama?

MI: “I have thought about this a lot! I would love to see Margot and Alison get into some more trouble since trouble seems to find them so well.”

SC: Have you heard from anyone from the OG cast? Or talked to any of the cast members – what kind of feedback have you gotten?

MI: “They were so kind and gave us their best wishes during a Comic Con panel earlier in October. Having their blessing has been the greatest gift during this entire process.”

I Know What You Did Last Summer is available on Amazon Prime Video.