From a glance, it’s hard to believe Madelaine Petsch was bullied.

Her long ginger-red locks are coveted by 2.1 million Instagram followers. She’s in the running to become one of film’s next big scream queens, with a key role in the 2017 horror film “Polaroid.” And she’s about to star in the anticipated Season 2 finale of The CW’s breakout teen noir-mystery, “Riverdale.”

But despite her role as Riverdale High’s sass-mouthed queen bee, Cheryl Blossom, Petsch, 22, was far from popular growing up. “I was mercilessly bullied,” Petsch said.“I was a little kid with a South African accent and bright red hair. I was the weirdest kid in this small town in Washington.”

Raised as the youngest daughter of two South African immigrants, Petsch spent most of her childhood between the United States and South Africa, where she also holds citizenship. With so much time outside the U.S., Petsch developed a thick South African accent early on—something that made her easy prey for bullying when she started school. 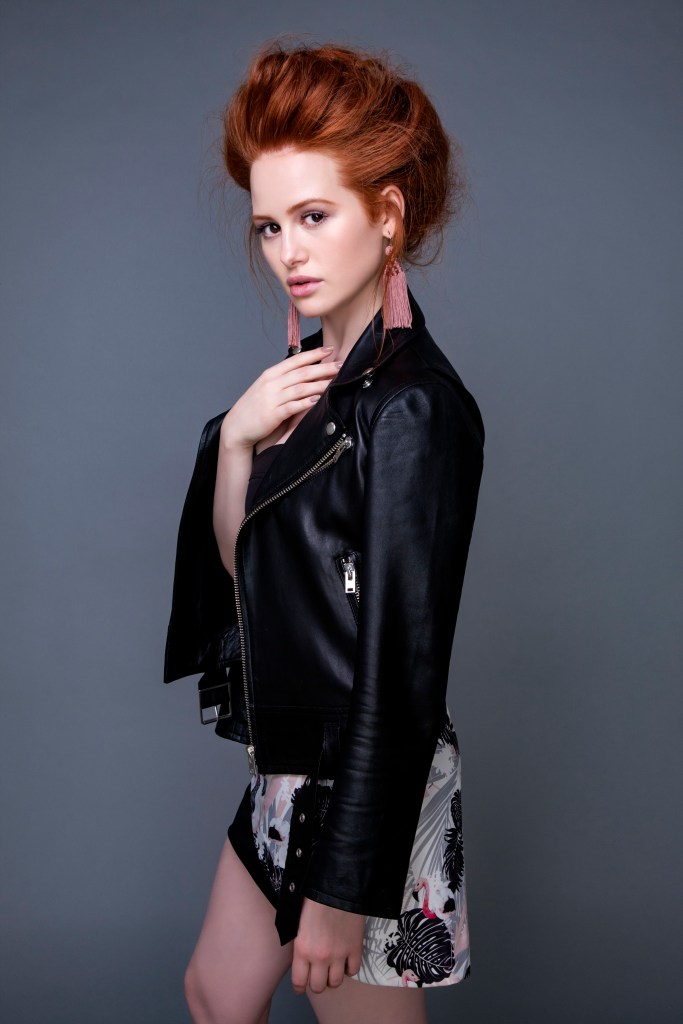 Petsch quickly learned to mask her accent and adopt an American one. But the bullying didn’t end there: Though her natural vibrant red locks have become synonymous with her brand and iconic  “Riverdale” character, Petsch had far from the same loving relationship with her hair growing up—with names like, “carrot top,” “firecrotch,” and “weirdo” thrown at her at school. Not exactly ideal.

“I was bullied a lot for having red hair,” Petsch said. “It really affected me in the beginning because I was the only kid, especially first through sixth grade, who was really mercilessly bullied, and I never really understood why.”

As a way to blend in, Petsch began tying her hair into a tight ponytail as to not draw attention to it. Dull jeans and baggy sweatshirts became staples in her wardrobe. She stopped talking and withdrew more into herself. At one point, she even considered dying the tips of her hair brown to match the ombre-style of her classmates. “My mom was like, ‘If you do that, I’m disowning you,’” she said. 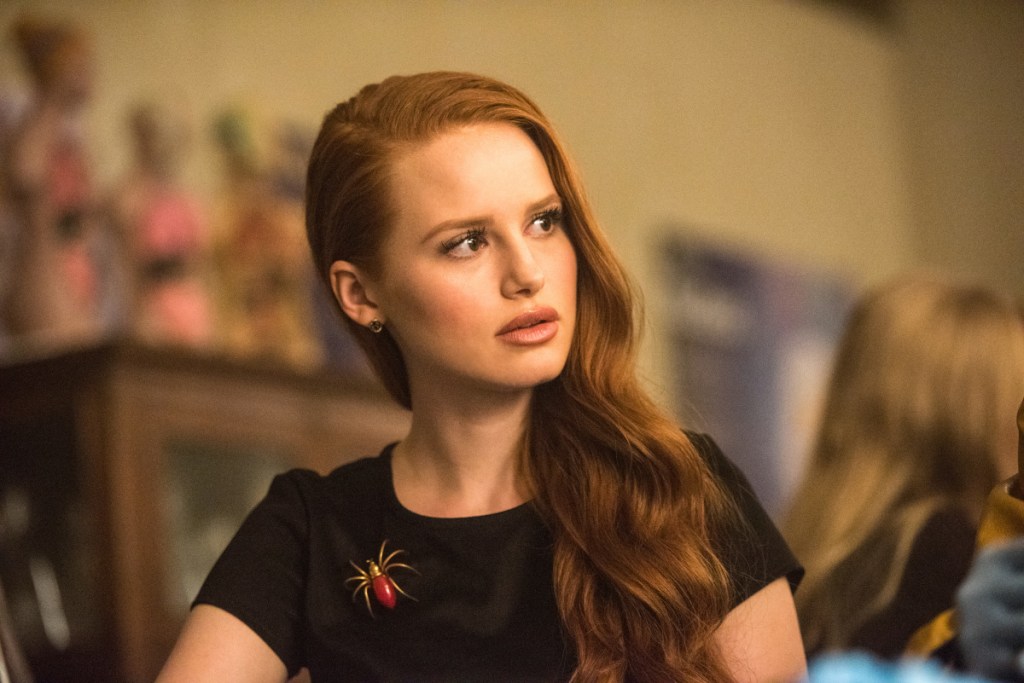 Things started turning around when she moved to an arts academy for high school to pursue acting, a passion she learned at 5 after playing Shere Khan in a community production of “The Jungle Book.” “I’ve been a villain my whole life, apparently,” Petsch joked.

Instead of hearing names like “carrot top” and “fire crotch,” Petsch heard praises from her new classmates who adored her natural color. “People were like, ‘Your red hair is amazing!’ I always thought it was a curse,” Petsch said. “I realized the things people made fun of me for were the things that made me unique.”

The newfound confidence translated to her career. At 18, Petsch packed her bags and moved to Los Angeles, where she worked a three-job rotation as a coffee shop manager, photography assistant, and hookah lounge waitress. It took years before she landed her big break in 2015 when she auditioned for “Riverdale,” a new teen drama based off the Archie Comics—a series she held dearly even before she was cast. “I used to read the Archie Comics strips in the Sunday paper with my dad,” Petsch said. “It’s now this really special thing that bonds us.”

Months later and Petsch received the call that she was cast as Cheryl Blossom, a sharp-tongued Regina George-esque mean girl with a secret sensitive side, who is embroiled in a deep murder mystery after losing her brother in a boating accident. It was a role that gave her closure for the bullying she experienced as a kid. 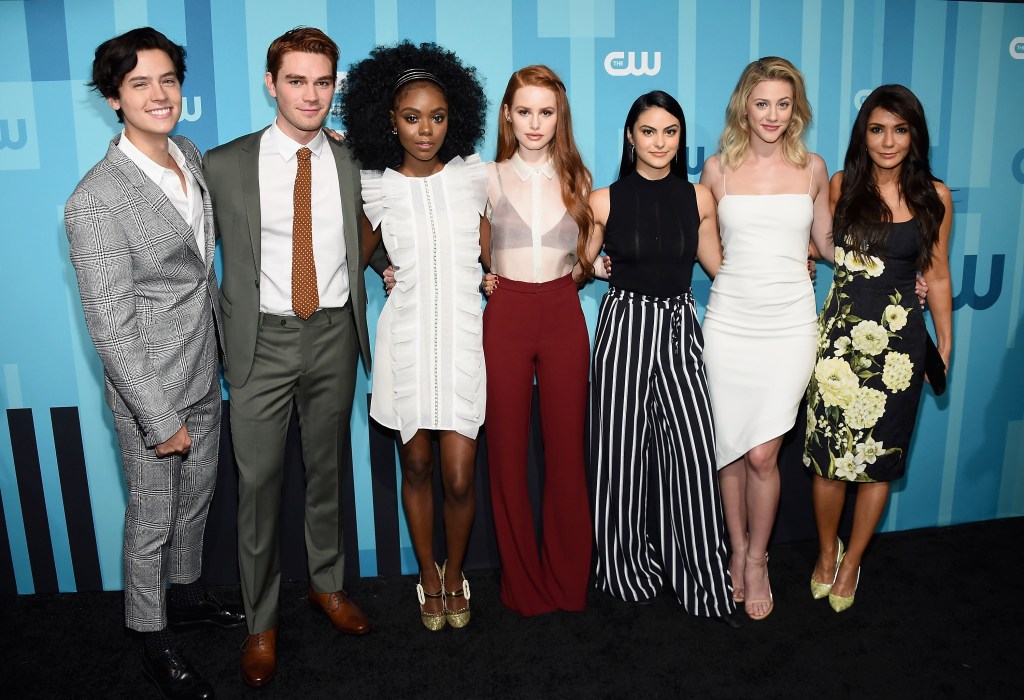 “After playing Cheryl, I realized the bullying doesn’t come from anything, but insecurities in oneself. The people who are bullying you, they’re insecure about who they are and that’s why they’re bullying you. It never has to do with the person they’re bullying,” she said. “They desperately want to be loved and be accepted, and they go out of their way to make people feel unaccepted so that they’re not alone.”

It’s this same level of complexity that Petsch believes sets “Riverdale” apart from the teen dramas before it. Since the show’s breakout success, Petsch has received an outpouring of support from fans who praise the show for its accurate portrayals of high school bullying, depression, slut-shaming, abuse, and suicide—all topics Petsch rarely saw addressed on television growing up.

“When I was a kid, I would watch shows like ‘Gossip Girl’ and feel like life needed to be a certain way because of how it was represented on TV and I was doing it incorrectly,” Petsch said. “For the longest time, TV shows were this unrealistic facade of tales of growing up, which, when I grew up, made me feel like I was alone. It was such a small representation of life being shown on screen.” 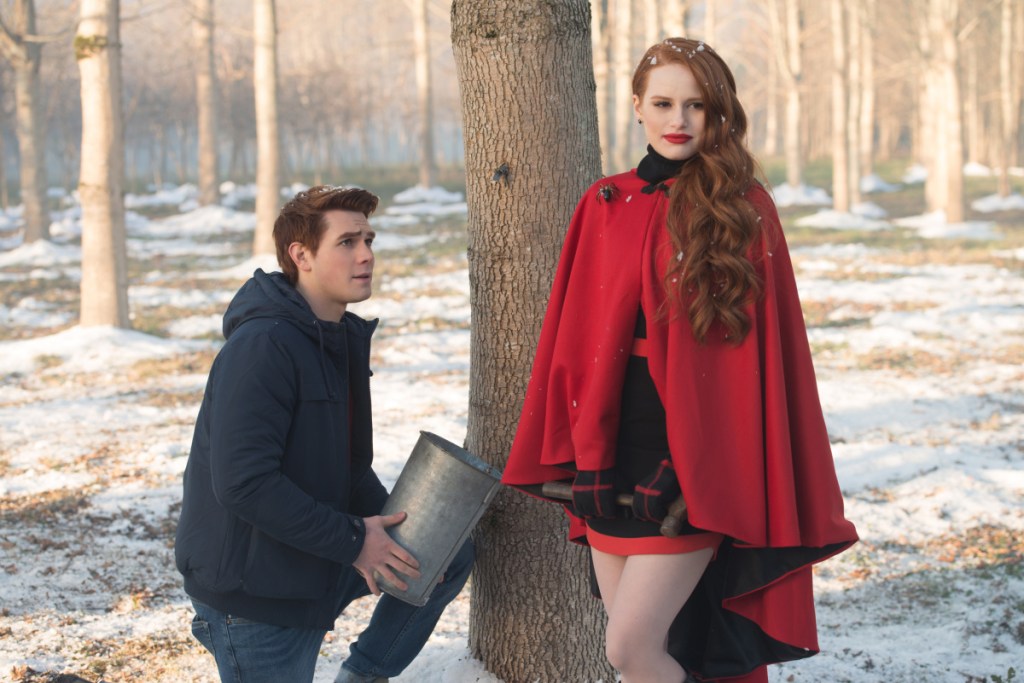 It’s a responsibility she expects film and television to have, especially works directed at teenage audiences, considering how much of an impression on-screen representation can have. “We are in a new age with television and film,” Petsch said. “Now, TV shows are showing all kinds of scenarios and people from all walks of life, bringing to light all these real things that happen in day-to-day life. We needed a more accurate representation of life on screen and we are working toward that.”

This is likely why, as someone who was bullied, Petsch is so adamant on portraying both sides of the coin to show that even the most confident have insecurities: “There’s no perfect life. There’s always something going on behind the curtain that people don’t know about,” she said.

As for how to overcome bullying, Petsch advises embracing your differences rather than shaming them—something she’s finally been able to do herself. “It’s about finding where you’re comfortable with yourself and staying true to yourself no matter the circumstances,” she said.