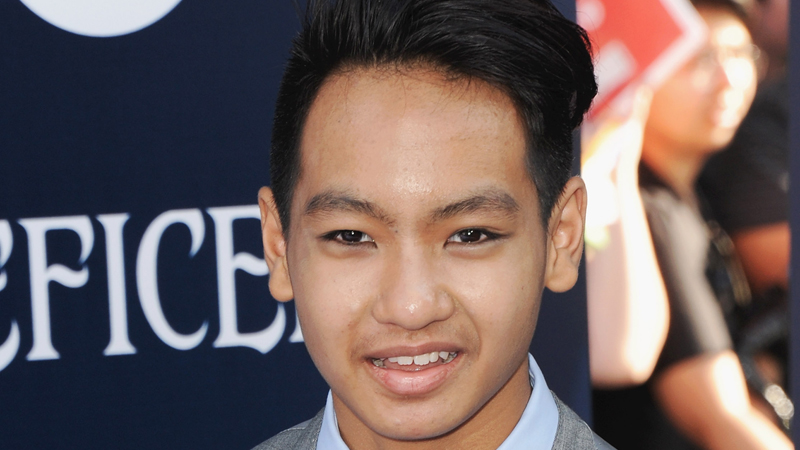 Remember when Angelina Jolie’s first adopted son Maddox was just an adorable baby with a mohawk being carted around the world in his superstar mother’s arms? Well, you’re about to feel really old.

Maddox is now 12 years old, and has a girlfriend. Jolie revealed the news during an interview with Entertainment Tonight at the “Maleficent” premiere in Hollywood last night.

“He’s dating, he’s got a girlfriend,” she said. “I won’t embarrass him. She’s lovely. She lives in England. She’s very cool.”

The Jolie-Pitt clan, with homes in the south of France, New Orleans, and Los Angeles, rarely seem to be in one place, but mom Jolie says the family is supportive of the relationship. “We go there as often as possible. It’s really, really sweet,” she said. “She’s a great lady, so I’m lucky. So far, we’re doing good.”

My, oh my, why do they grow up so fast? Maddox showed up to the premiere with a mystery blonde teenager in tow, so the question now is, is that the girlfriend?