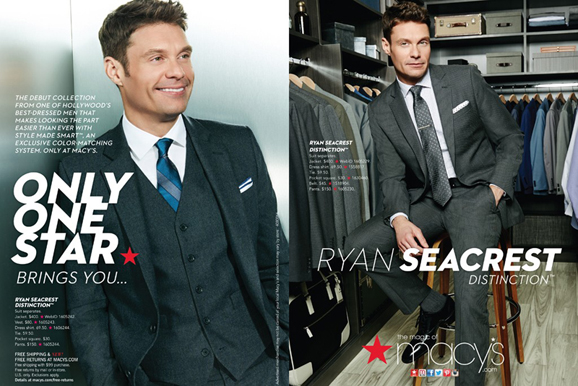 Do men really consider Ryan Seacrest a beacon of style? Macy’s seems to think so, as the retailer announced plans to launch a menswear line with the TV personality called Ryan Seacrest Distinction just in time for fall shopping.

In particular, the retailer believes there’s been an uptick on the sale of slim suits, skinny ties, and pocket squares because of Seacrest, who’s penchant for dressing up has become his signature over the years. “We definitely saw a sales bump, especially in the accessories categories,” Guion said. 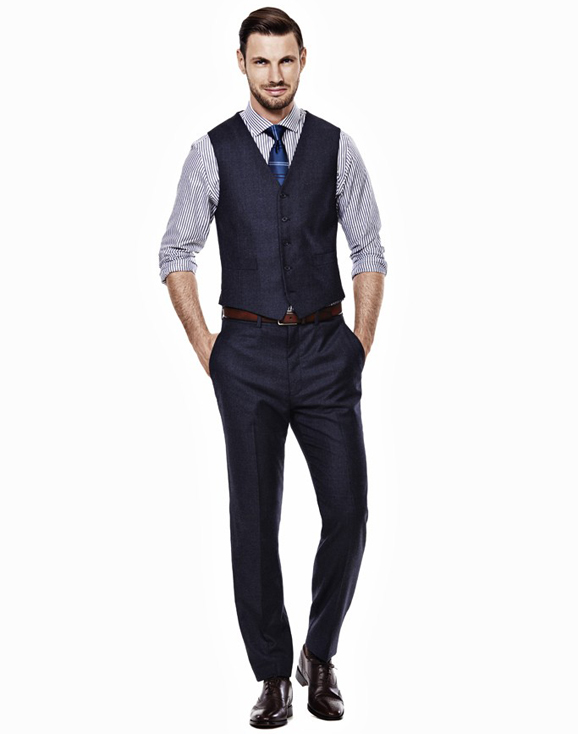 As for what made Seacrest want to do this in addition to his notoriously project-heavy schedule? “I love a great suit. As a television host for so many years, that’s what gives me a sense of confidence, style and identity. I’ve always enjoyed that moment when I get ready and put on a suit,” he told WWD.

The line will include a range of separates, including neckwear, ties, cufflinks, tailored clothing, even tuxedos, with prices around $150 for pants and $400 for jackets.

Interestingly, Seacrest credits his friendship with Burberry CEO and Chief Creative Officer Christopher Bailey for helping him to push his fashion sense forward. Remember the white dinner jacket he wore to this year’s Academy Awards? That was Burberry Prorsum. And yes, a white dinner jacket is in the pipeline for the Ryan Seacrest Distinction collection.

Anyone that can get more guys wearing suits, well, our hats are off to them—Seacrest included. We just wonder if the “American Idol” host is up to the job. Are there really a legion of men out there looking to emulate the way he dresses? To be sure, some of the most successful celebrity fashion lines (including Jessica Simpson and Jaclyn Smith) have had less to do with the celebrity’s personal style, and more to do with the mainstream appeal of the collection, so it will be interesting to see how Seacrest fares in this new venture.