In case you somehow missed the memo, animal print has been a huge staple recently, and all kinds of influencers, bloggers and celebrities have been seen rocking the trend. Tiger print, leopard print, snake print, zebra print—How does one choose between all the incredible animal prints out there? Turns out, you really don’t have to. At the Little Monsters premiere, Lupita Nyong’o’s outfit was a delicious melding of several different animal prints all in one jumpsuit. The actress stepped out on the red carpet for her new Hulu film boasting pattern mixing like nothing I’ve ever seen. I mean, this jumpsuit puts classic patchwork prints to shame.

Nyong’o has worn some pretty incredible and sartorially unique ensembles in her time, but this jumpsuit has to be one of the most unexpected looks she’s donned. Covered in tiger print, zebra print (and some sort of optical illusion pattern that’s messing with my head), the actress looks both cool and casual—but totally chic enough for a red carpet premiere. This jumpsuit is maximalist to the fifth degree, and I’m loving it. 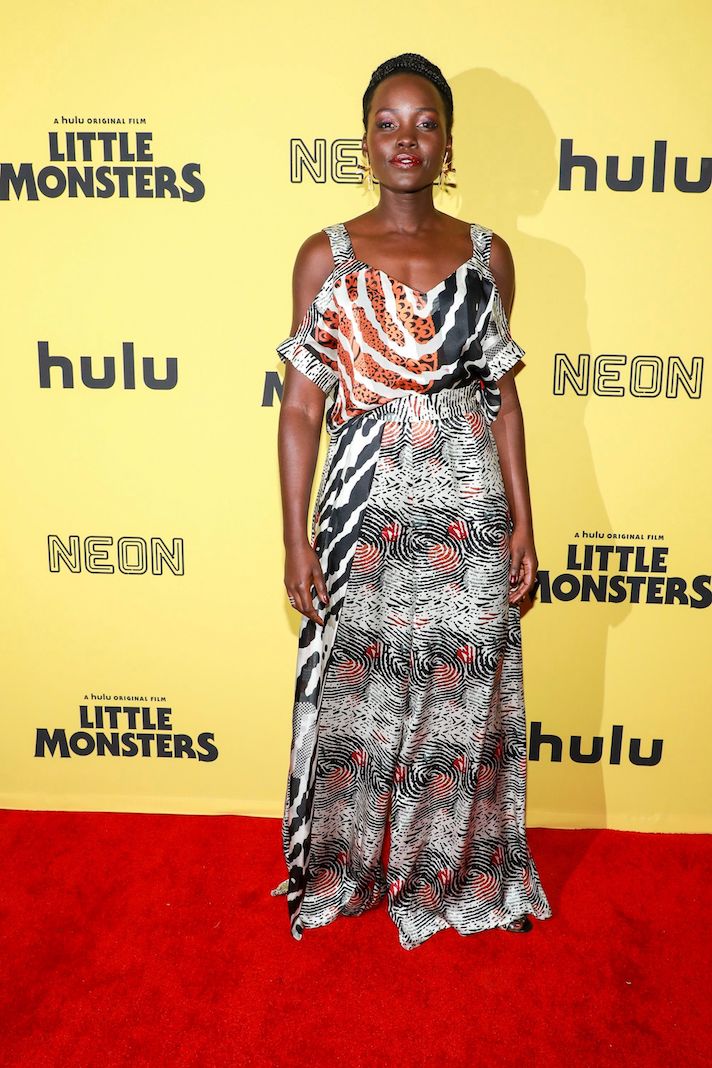 In my eyes, Lupita Nyong’o can do no wrong, and that includes clashing animal prints and optical illusions on a jumpsuit. While this look isn’t necessarily something I’d wear on the daily, I love that Nyong’o takes risks with her ensembles. Honestly, the actress looks good in anything, so it’s no surprise she can pull off this maximalist jumpsuit.

Little Monsters, a film featuring a washed-up musician and zombies (Intriguing, right?!), officially starts streaming on Hulu on October 11. Nyong’o plays Miss Caroline, a charming teacher who gets thrown right in the middle of a zombie invasion. If Lupita Nyong’o’s portrayal of Miss Caroline in the film is as unique as the the jumpsuit she wore to the premiere, I think we’re in for a real treat.