Occasionally, we all need something to brighten our day a bit. That could mean a trip to see that movie you’ve been dying to see, a really good home-cooked meal or, in my case, exceptional celebrity style moments. At her arrival to The Late Show with Stephen Colbert, Lupita Nyong’o’s outfit was bright and fun—and frankly, a breathe of fresh air. I’m not saying that this outfit had the power to improve my mood, but this outfit had the power to change my mood. 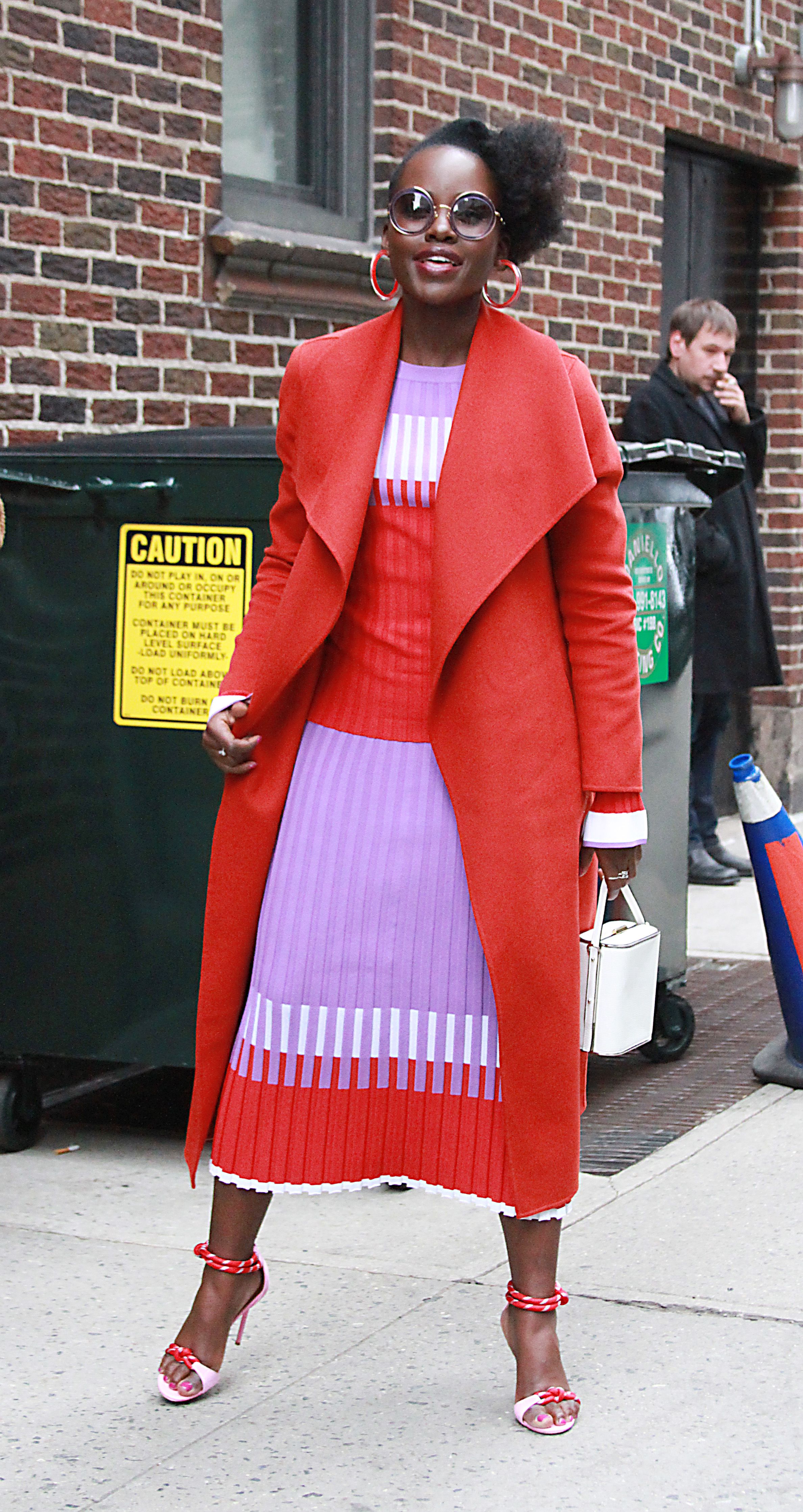 The actress accessorized the look as only she knows how—that is, to say, incredibly well. Nyong’o sported purple and red rope-detailed heels (!!) that are so cute, I’ve begun my search to find a similar pair for all my spring ensembles. She also carried an adorable small white bag and donned large red hoop earrings. To top it all off, the actress wore oversized circular sunnies—both to shield her eyes from the sun and to hide a surprise she revealed during The Late Show.

Nyong’o, promoting her new horror movie Us, decided to not only change her look for the filming of The Late Show, but also her eye color. In addition to the effortlessly chic pink jumpsuit and translucent (but also embellished!!) heels, Nyong’o sported gold contacts in homage to one of her creepy characters in the film. I’m a little scared, but it’s mostly because of how obsessed I am with the hot pink jumpsuit—and every single outfit Lupita Nyong’o wears. I never want these promotional interviews to end! 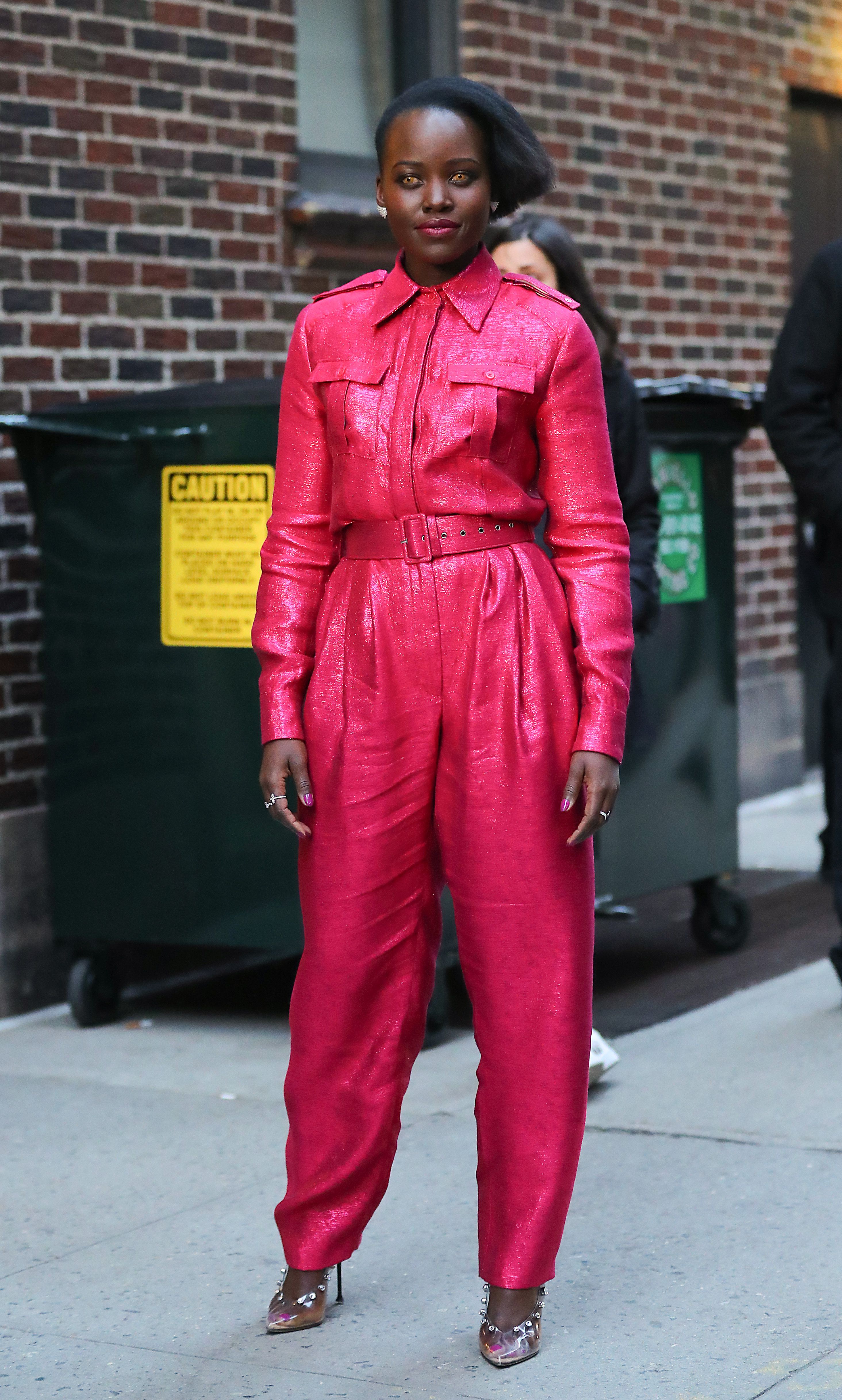