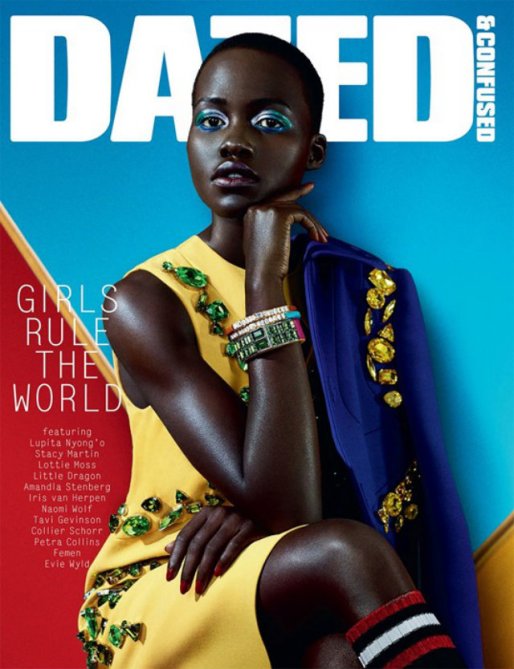 If you’re anything like us (and the rest of the world), you’re probably slightly obsessed with “12 Years A Slave” actress Lupita Nyong’o. Her walk down the Golden Globes red carpet in that amazing Ralph Lauren red dress (with a cape!) on Sunday night was the beginning, and now this new Dazed & Confused cover feature Nyong’o just cemented our wild fandom.

So, who exactly is Lupita Nyong’o? The 30-year-old grew up in Mexico City, where her family resettled from Kenya in order to escape political unrest. She later attended Hampshire College in the U.S., and graduated with a degree in film and theater studies, before moving onto Yale’s prestigious School of Drama, where she starred in several productions, and even produced her own documentary film called “In My Genes,” about Kenya’s albino population.

MORE: From Best to Worst: A Ranked Guide to the Golden Globes Dresses

The 30-year-old is a relative newcomer to Hollywood—”12 Years” is her first feature-length film, though she also starred in the 2009 MTV series “Shuga.” Right after graduating Yale in 2012, she got her big break: Director Steve McQueen cast her as Patsey, one of the slaves on Edwin Epps’ (Michael Fassbender) plantation. That film landed her a best supporting actress Golden Globe nomination, and a slew of (well deserved) attention.

Whatever happens with her acting career, one thing’s abundantly clear: Nyong’o is now poised to become a major fashion face, too. She’s one of four stars—along with  Elle Fanning, Elizabeth Olsen, and Bella Heathcote—to front Miu Miu’s latest campaign, then there’s the stunning Dazed & Confused cover on which she’s wearing bold Prada, and photographed by Sharif Hamza. 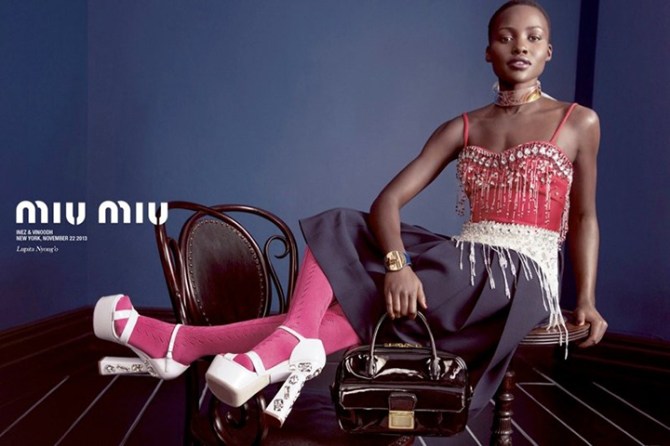 It’s pretty clear that Nyong’o is enjoying the ride. In a 2013 interview with People magazine, she remarked on how incredible the journey has been for her. “I’m still trying to get over the fact that my name is being mentioned with people like Brad Pitt. Every day new things happen in my life, and I’m taking it day by day. When I was cast in his film, surely I was going to meet him one day. I wouldn’t say I was starstruck. I was stunned, and I was like, ‘Yup this is actually happening.’ “

She’ll next be seen in the new Liam Neeson action flick “Non-Stop,” out later this year, and obviously, we’re excited to see it.