Jennifer Lawrence has been the official face of Dior for a couple years now, which means for many awards shows running she’s worn nothing but gowns out of the French house. One of her most notable: last year’s Golden Globe Awards, for which she was clad in an A-line, poppy red Dior gown form the Fall 2012 couture collection, cinched in with a metallic belt at the waist.

You can imagine our surprise and delight when we saw current It-girl (and Oscar nominee) Lupita Nyong’o rocking a nearly identical Dior look at the British Academy of Film and Television Arts Awards this weekend—while her dress, from the Fall 2013 couture collection, is obviously a vivid (and gorgeous) hunter green to J.Law’s poppy, the styling of the two stars is essentially the same.

Here’s why this is noteworthy: Normally, big brands like Dior ensure that no two big stars rock two looks from their archives that could ever be construed as in contention with one another. While these two dresses are technically different, the similarities are striking.

MORE: 5 Things to Know About Lupita

Check out both looks below, then tell us: who rocked Dior better, J. Law or Lupita? Vote below! 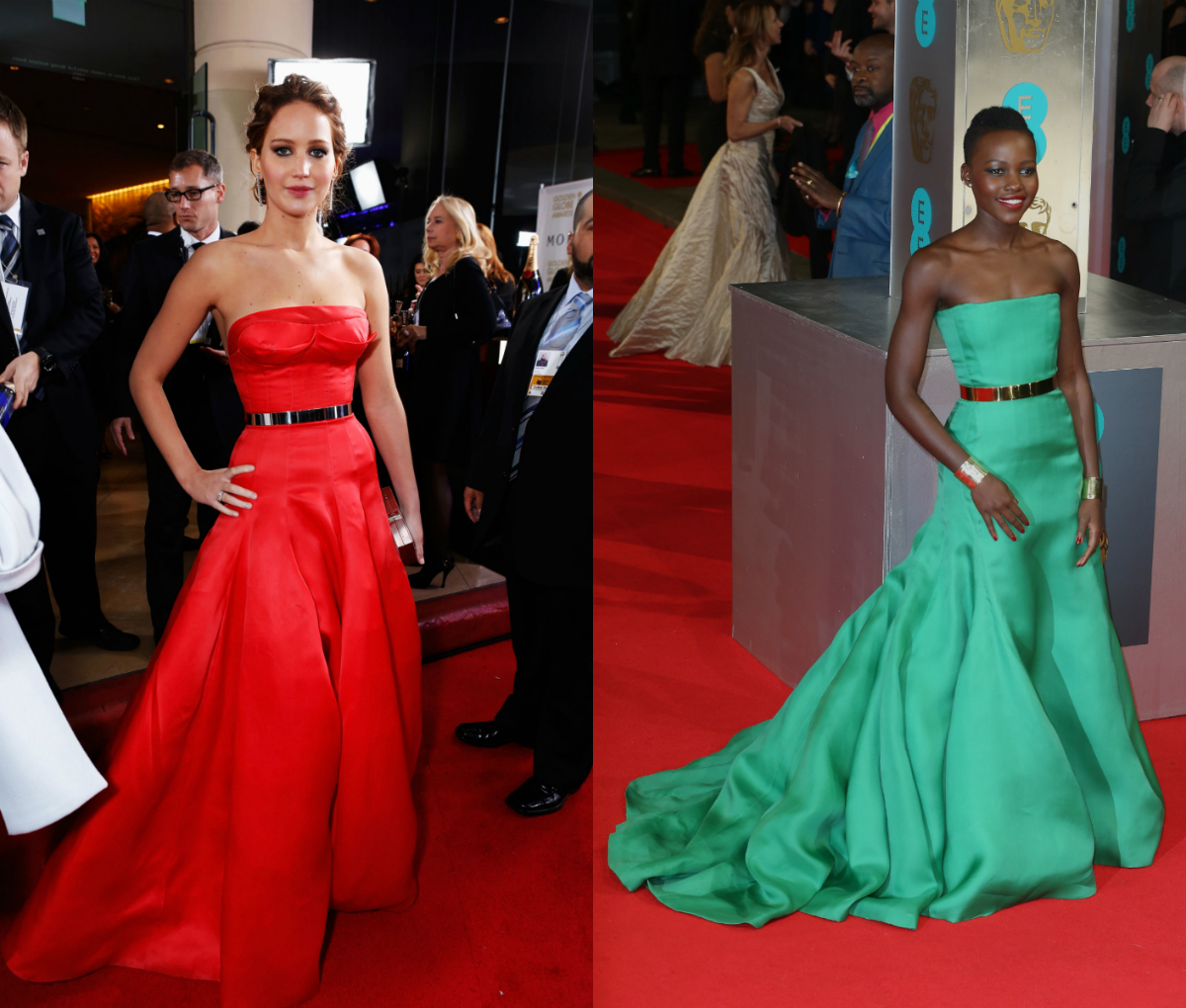