Like dozens of other teen-favorite stars, Lucy Hale spent her Sunday at the 2018 Teen Choice Awards where she walked the red carpet in a cool jeweled dress and green eye makeup. Sarah Hyland, on the other hand, was miles away at home. Yet somehow she was also at the Teen Choice Awards—at least, according to one very confused fashion site.

On Monday, Fashion Vixen, a fashion-themed Instagram with almost 90,000 followers, shared their favorite looks from the Teen Choice Awards. One of the looks included Hale’s. However, instead of tagging the Pretty Little Liars star, the Instagram mistook her for Hyland and tagged the Modern Family actor instead. This wouldn’t be the first time that Hyland and Hale were mistaken for each other. “There’s a group of girls that all kind of look similar,” Hale told Insider in 2018. “I get Sarah Hyland or Rachel Bilson or Maisie Williams. There’s a crop of us that all have a similar vibe.”

But back to Fashion Vixen. After the Instagram went live (with the wrong tag), the mistake was caught by Hyland who screen-shotted the the error, posted it on her Instagram story tagged Hale. “Hey @lucyhale. I’m pretty sure this is you. Not me,” Hyland wrote. Hale responded with her own screenshot, poking fun at how many times the two have been mistaken for one another. “It keeps getting better,” she wrote, with three laughing-face emojis. 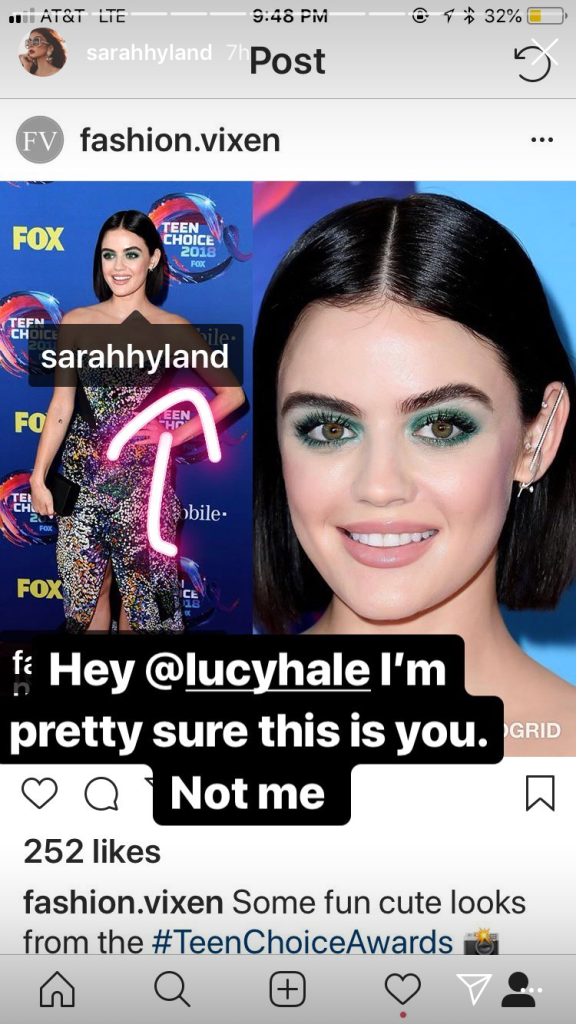 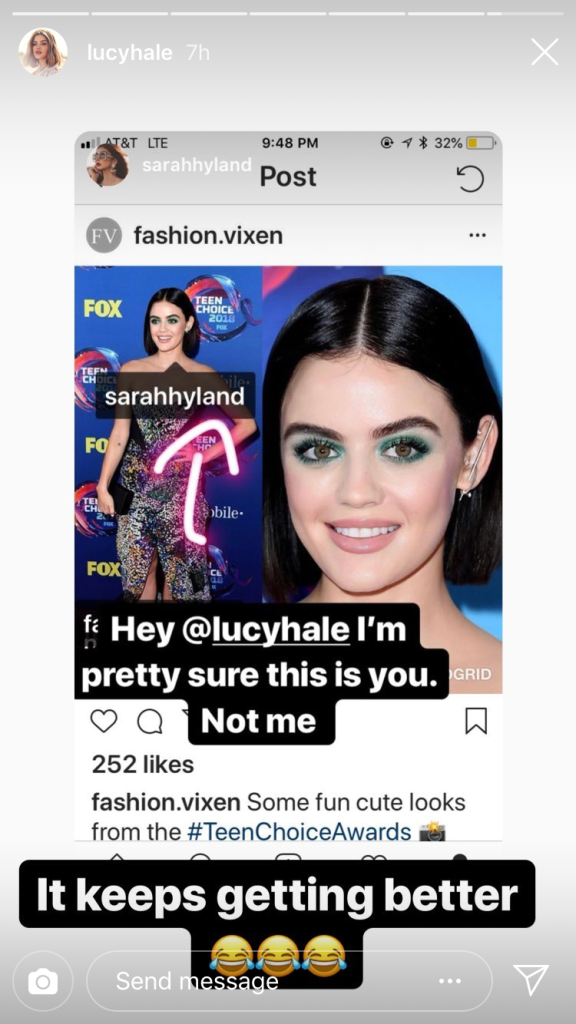 MORE: 12 Celebrities Who Look Identical to Younger Versions of Other Celebrities

Since being called out by Hale and Hyland, Fashion Vixen has deleted their Instagram. But Hale and Hyland don’t seem too mad though. If anything, they thought it was hilarious. Who will be the next celebrity-look-alike pair to be mistaken for one another? Only time will tell.