Some fashion moments occasionally fly under the radar, which is why we’re here to bring important things to light—specifically how amazing Lucy Boynton’s style is. If you want proof, head over to her Instagram, which is full of all kinds of incredible looks. Needless to say, we thanked our lucky stars when Lucy Boynton’s 2019 Oscars look was revealed. We didn’t quite know what to expect—only that it was sure to be stunning. Much to our excitement, the actress looked incredible in a purple, off-the-shoulder gown as she walked the red carpet.

Boynton arrived at the Academy Awards absolutely killing it in a purple Rodarte gown worthy of royalty. Seriously—if the puffy sleeves and luxe fabric weren’t enough to sell us on this dress being an absolute masterpiece, the stunning black velvet detailing absolutely was. (Boynton showed up alongside Bohemian Rhapsody costar Rami Malek, but we couldn’t manage to tear our eyes away from this stunning dress for even a second.) 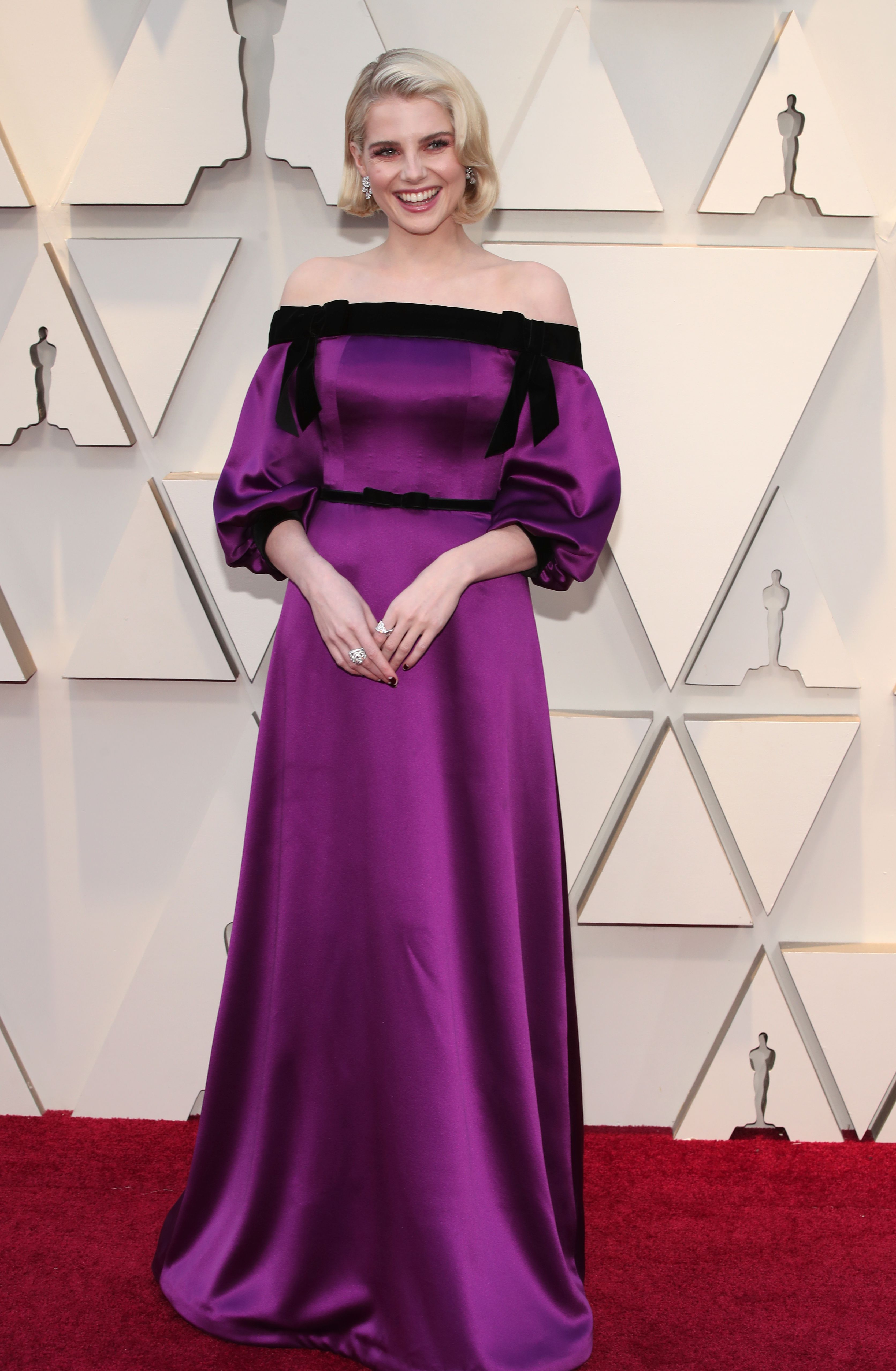 The actress kept her short blonde hair coiffed simply, in a loosely curled bob reminiscent of glamorous stars from Oscars past. Her beauty and accessory situation was equally understated; she opted for some classically simple Cartier diamond rings and earrings, as well as a little black nail polish.

While Boynton herself isn’t nominated for playing the role of Mary Austin in Bohemian Rhapsody, she’s there as part of the cast, as the film is nominated for four awards: Best Sound Editing, Best Film Editing, Best Sound Mixing and Best Picture (!!). Plus, her co-star and on-screen romance Rami Malek is nominated for Best Actor for his portrayal of Queen frontman Freddie Mercury. So, even though she didn’t snag her own nomination, Lucy Boynton is part of something huge—and she honestly looks freakin’ amazing.