HBO’s Lovecraft Country premiered on Sunday, August 16, to rave reviews from critics and fans. For those who haven’t seen it (or want to know more), here’s what Lovecraft Country on HBO is based on and about. Just to warn you, the book that that the show is inspired by is about as scary (or maybe even scarier) than any movie created by executive producer Jordan Peele.

What is Lovecraft Country about?

Let’s start with the basics: What is Lovecraft Country about? The show is set in the 1950s Jim Crow era and follows a Black man named Atticus Freeman (Jonathan Majors) as he, his friend Letitia “Leti” Lewis (Jurnee Smollett) and his uncle George Freeman (Courtney B. Vance) embark on a road trip from Chicago to the segregated south in search of his Atticus’ missing father. As their search continues across Jim Crow America, Atticus, Leti and George face both the racist terrors of white America and physical monsters that seem originate from a book by horror author H.P. Lovecraft.

What is Lovecraft Country based on?

Now that the basics are out of the way, let’s answer the next question. What is Lovecraft Country based on? Lovecraft Country is not based on a H.P. Lovecraft book (though we’ll talk about him later). Instead, the show is based on a 2016 dark fantasy horror novel by author Matt Ruff. The book consists of eight interconnected stories: The first story, titled “Lovecraft Country,” is what we see in the first episode as Atticus, Leti and George escape white men and monsters and arrive at a mysterious manor. The next seven stories—titled “Dreams of the Which House,” “Abdullah’s Book,” “Hippolyta Disturbs the Universe,” “Jekyll in Hyde Park,” “The Narrow House,” “Horace and the Devil Doll,” and “The Mark of Cain”—are other stories involving the characters and a man named Caleb Braithwhite, the son of the owner of the house that Atticus, Leti and George come across. The book, provides the basis for the HBO adaptation’s 10 episodes, is informed by the work of author H.P. Lovecraft, whose novels are referenced in both the Lovecraft Country series and book, including in a scene in the pilot where Atticus reads one of Lovecraft’s thrillers. 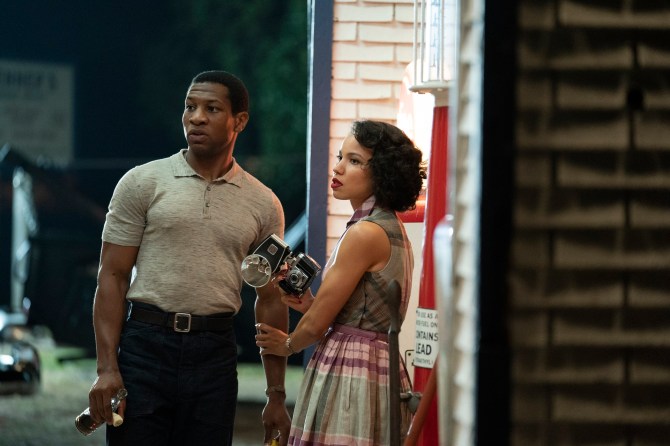 Who is H.P. Lovecraft?

H.P. Lovecraft didn’t write the book that HBO’s Lovecraft Country is based on, but his work does show up a lot in the novel and series. Lovecraft was a horror fiction author who was popular throughout the 1900s for books such as The Call of Cthulhu, At the Mountains of Madness, The Shadow over Innsmouth and The Dunwich Horror. Lovecraft was also a known racist, white supremacist and anti-Semite. According to Vogue, Lovecraft started writing racist poetry at 22 years old. Many of the poems used the N-word in their titles and stanzas, while others reimagined a world where the white people in America were replaced by immigrants. “His influence in horror-fan culture is huge. And you can definitely tell he was a racist from his work. It’s hard to miss those troubling themes,” showrunner Misha Green said of Lovecraft in a Q&A with HBO. The Los Angeles Times also reported that Lovecraft wrote between 10,000 and 100,000 letters in his lifetime where he expressed his hate for Jewish people, Black people and non-white immigrants.

The LA Times also reported that Lovecraft, who was a proponent of segregation, would often compare or refer to non-white people as monsters in his literature. In Lovecraft Country, Atticus defends his love of sci-fi while acknowledging the faults of the genre and the history of authors like Lovecraft. “I was trying to think of a different kind of reader who may want to love Lovecraft but just can’t get past this stuff because Lovecraft didn’t even regard them as fully human,” Ruff told The LA Times about why he decided to write Lovecraft Country. “That’s a story to be told too.”

Ruff also told The LA Times that he waned to write Lovecraft Country because of how long sci-fi horror was “dominated by white folks and white critics [who] tended to just completely overlook the racist aspects of [Lovecraft’s] fiction” after his death. “Of course there were always Black science fiction fans as well but their voices weren’t necessarily heard,” he said. “They just sort of had to deal with the fact that they loved this genre that didn’t love them back.”