Michael Cimino was down to the final three or four actors to play the lead of Love, Victor when he received a call from his agents that the show would be reopening the role to audition more people. “It was definitely an emotional rollercoaster,” he tells StyleCaster. “I was like, ‘I’m not giving up on this. I need to continue and keep trying.’”

While it wasn’t the news he wanted to hear, Cimino wasn’t about to throw in the towel. He continued to read for Victor, and three months and eight auditions later, he received another call while he was at home in his apartment in Los Angeles. This time, it was good news: He was cast in Love, Victor.

“I literally flipped out. I was tweaking,” he recalls. “I was throwing people up in the air. I was hugging everyone in my apartment. I was screaming. I was running around. I lost my voice. I was a mess.”

Cimino stars as Victor Salazar, a new student at Creekwood High School who’s struggling with his sexuality and life in a new city. The show, which premiered on Hulu on July 17, is a TV spinoff of the 2018 film, Love, Simon, which Cimino watched 16 times to prepare for the role. “I really wanted to make sure I did it the right way,” he says. “I wanted to see what to pull inspiration from and how I could do it different but also similar.” 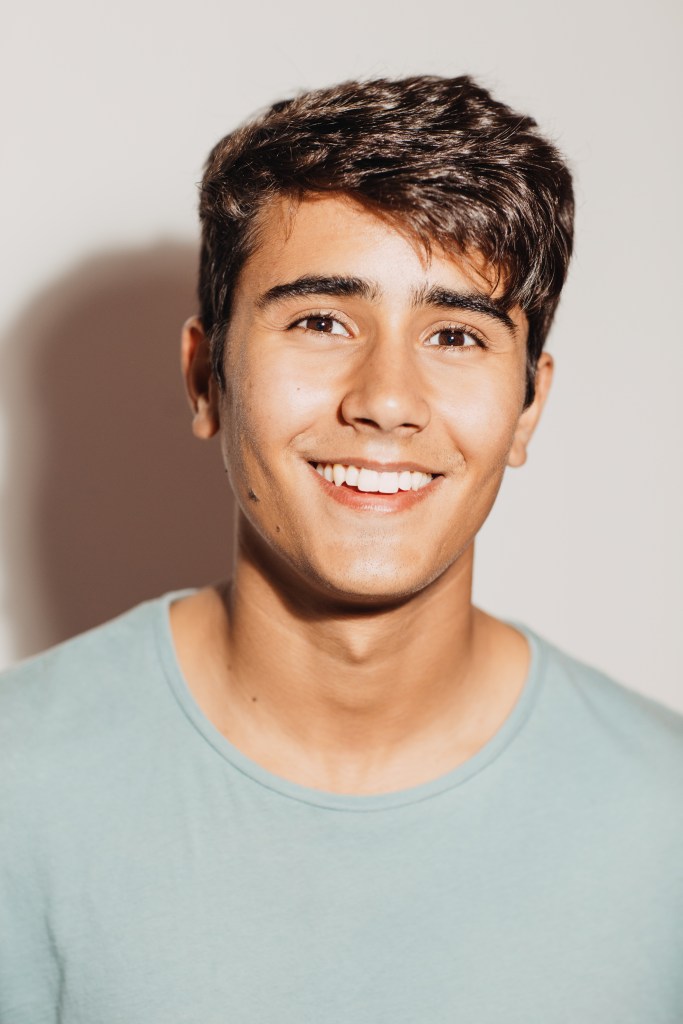 While there are a lot of similarities between Victor and Simon (who serves as Victor’s mentor throughout the show and makes a cameo in episode 8), the characters come to terms with their sexuality in different situations. Whereas Simon is white, Victor comes from a Colombian and Puerto Rican family. While Simon’s parents are more liberal and accepting, Victor’s family is more conservative. “In an objective point of view, they’re completely different, but keeping some of those similarities was very important to me,” Cimino says.

Ahead, Cimino talked to StyleCaster about how Victor’s ethnicity was rewritten when he was cast, the first time he met Nick Robinson (who played Simon in Love, Simon) and his hopes for Love, Victor season 2.

On how he and Victor are similar

“I saw a lot of similarities between Victor and myself. The biggest thing is being a fixer. Victor is definitely a huge fixer. He’s trying to fix problems within his family, within his friends. He’s always trying to be this glue that holds everyone together. Realistically, he can’t even hold himself together. He can’t even solve his own issues. That’s a problem I used to struggle with and I still struggle with sometimes. Revisiting that part of my life was definitely healing for me.”

On the differences between Victor and Simon

“One thing that Nick executed so well in Simon is that relatability and that honesty and that lovingness that you feel for him. You understand that he’s a normal guy who’s trying to figure out who he is. I wanted to pull a lot from that. But, obviously, Victor and Simon are, in a lot of ways, different people. Victor is a little more outgoing. Victor doesn’t necessarily know what sexuality is. His financial status is different. His ethnicity is different. His family is more conservative. Simon’s family is very liberal and accepting.”

On the first time he met Nick Robinson

“The first time I met Nick was actually on the last day of shooting, which was kind of poetic to be honest. To shoot the last day with the guy that started it all was really special to me. Hearing his story and who he is as a person were amazing to me.” 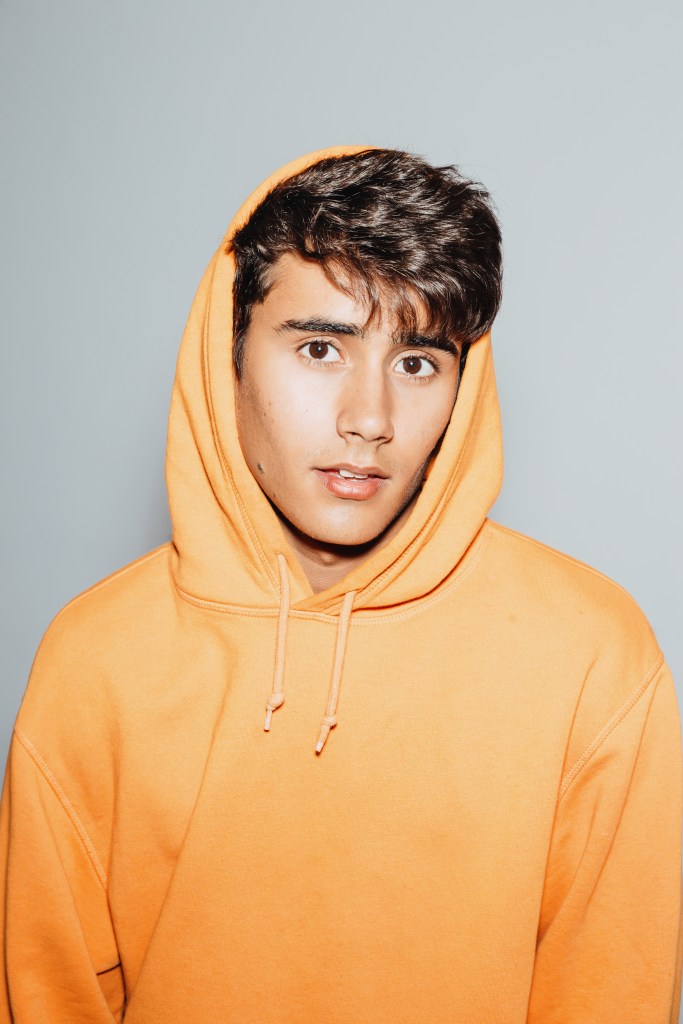 On how Victor was rewritten as Puerto Rican

“He was always written Latino, but he wasn’t originally written Puerto Rican. Originally he was written Mexican. But myself and Ana [Ortiz] and Isabella [Ferreira], we’re all Puerto Rican. James [Martinez] is Colombian. Mateo [Fernandez] is the only Mexican person. So the writers decided to make it a Puerto Rican-Colombian family instead.

I was so freaking excited [when I read that Victor was Latino.] I was like, ‘Oh my gosh. This is so freaking sick.’ Then when they changed it to Puerto Rican, I was even more excited because I was like, ‘Yo! Those are my people.!’”

On how he related to Victor’s coming out story

“Victor’s story of self-discovery is semi-universal. Obviously, coming out is much harder than finding out who you are as a person. But in that same sense, I pulled from my cousin’s experience and the experience of all of my friends who are a part of the LGBT community and added elements of my own path of self discovery and finding out who I was to make this conglomerate that is Victor.

For Victor, it’s a journey of self discovery because he doesn’t know where he lies on the spectrum of sexuality. For myself, personally, I identify as straight right now. But I also don’t want to put myself in a box.” 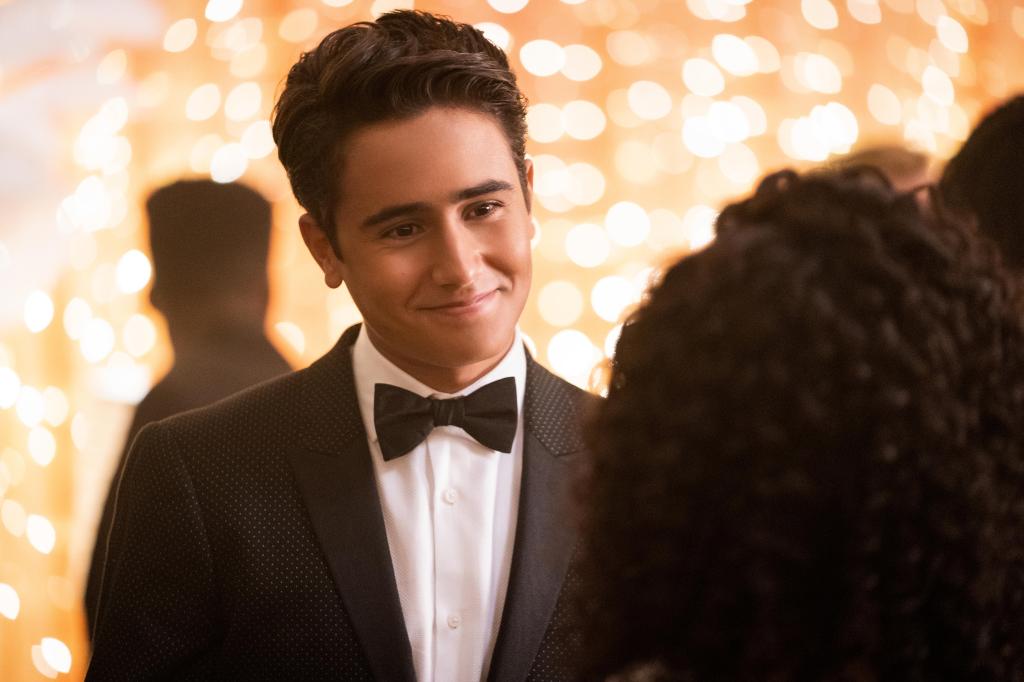 On Love, Victor’s move from Disney+ to Hulu

“I was really excited. I felt like Love, Victor was better suited on Hulu than Disney+ because it’s targeted at a little bit older of an audience that understands subject matter a little more. We don’t have to worry about a 5-year-old child stumbling upon the show and no one being there to explain what these things are to them. I feel like sometimes, if that discussion hasn’t been had with your child before, this is a new thing and it can be quite confusing.”

On scaring his co-stars on set

“I used to scare the living crap out of everyone on set. I used to hide behind the door and pop out like ‘Bahhh!’ And scream at them and scare them. There are videos. That was probably my favorite thing to do. Rachel [Naomi Hilson]  and Isabella I scared the most. There was this one time I got Mason [Gooding] really good. Mason was kind of scary to scare because he’s jumpy, so you never know what he’s going to do when you scare him. One time I hid behind these two really big doors and in between there was a space, so I snuck in there and when he walked past through the doors, I jumped out and screamed. And he literally was like, ‘Ah!’ And almost slipped and fell. That was great.

Especially in episode 8, the show made me realize a lot about how you can have a chosen family. It just so happens that my chosen family is my cast. We’re all so close. I love them all so much. We spend so much time together on set and off set, and we did a whole bunch of cool family outings. I realized that family is a word that transcends just blood.” 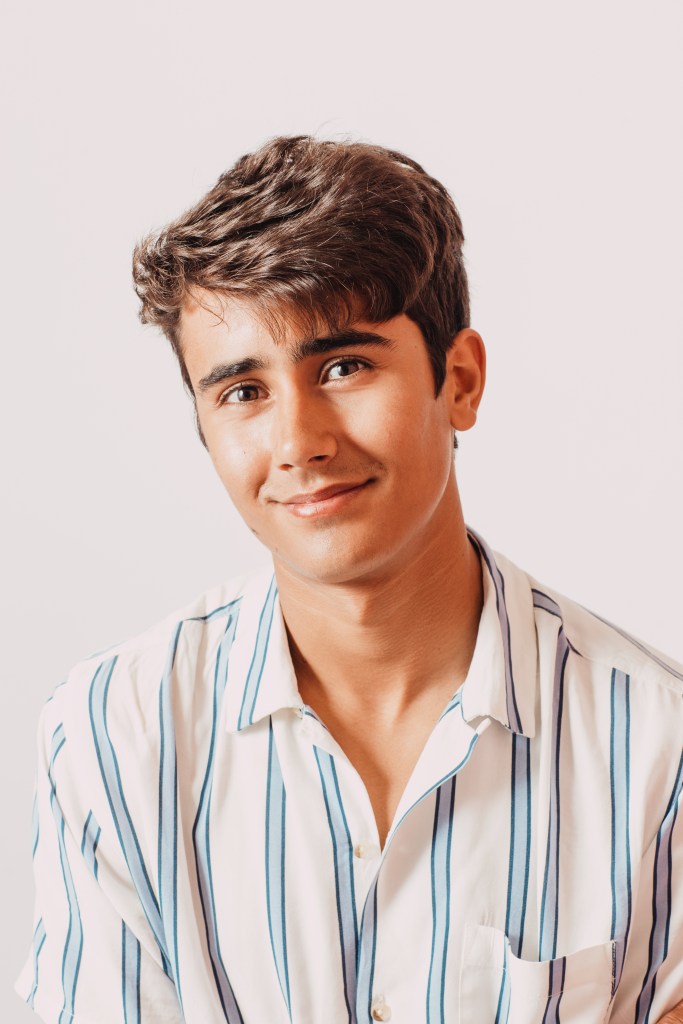 “I haven’t heard anything about season 2. I know the writers’ room has started for season 2, which is exciting. I’ve heard whispers about plot points for season 2. I can’t really say what. But I will say that I am honestly very excited to see where season 2 goes and I’d really like to see what happens to Benji and Victor and Victor’s parents and a whole lot of relationships.”

On what it means to play an LGBTQ+ character

“It’s an honor to represent the LGBT community in such an amazing light and tell a story that wasn’t told before to a young audience that can pull a lot from this. Not only will the young audience pull a lot from this story, I think the parents will also learn and gain perspective to what their kid is going through. That’s something that’s really important right now. Parents understanding where their kids are at in their lives and what they can do to help them.”