When we first meet Love Quinn in season two of You, we see a smitten Joe Goldberg who has yet again managed to over-romanticize life with a new victim. Because Joe is Joe, he soon begins to stalk Love and quickly discovers she has a toxic relationship with her family and a painful past. Naturally, he falls deeper in love and becomes more and more obsessed with the idea of protecting her from the world. So when the tables turn and it’s revealed that she, too, is a murderer, Joe’s illusion is shattered—deciding only to spare her life because she is pregnant. The latest third season follows Love and Joe’s life as parents to their son, Henry, and if you thought they would close the chapter on being psycho-killers, you’re highly mistaken. The couple is about as awful and insufferable as can be, so…why was I left rooting for Love?

This season opens up to the Goldbergs adjusting to life as sleep deprived parents learning how to care for their son. Love commits the first murder of the season when she kills their neighbor, Natalie after she seduces Joe. At this point, Joe still has not forgiven Love for her past murders and begins his cycle of obsession with Natalie. Love felt Joe slipping away and slipping further into Natalie—and losing her husband to the blonde next door was just too big of a threat to deal with.

Joe and Love are perfect for each other. They’re both deeply flawed humans who, on one hand, are serial killers, and on the other, they’re people who are beyond desperate to feel unconditionally loved by someone. But while many find themselves sympathizing with Joe, I was drawn to the complex, irrevocably insecure Love Quinn. Love is a messy, and yet, profoundly rootable character from beginning to end—and it’s not just because Victoria Pedretti is the internet’s newest certified girl crush. Instead, Love’s response to the traumatic events of her life is what makes her desire to love and be loved so relatable. 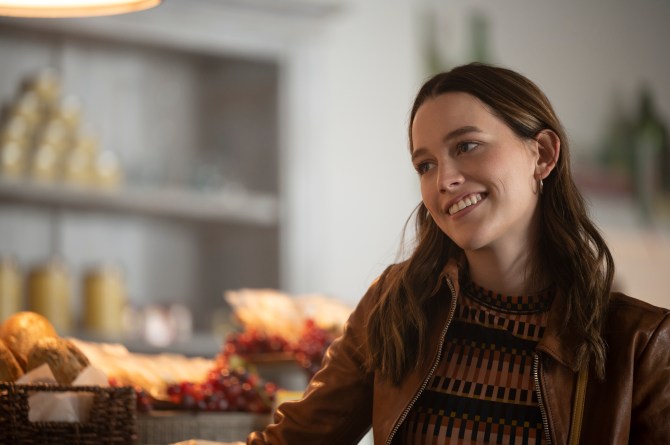 I don’t mean to wax poetic Love Quinn. She is, without a doubt, a bad person. Much like Joe, Love has a distorted view on what relationships should look like. But unlike Joe, Love is fully aware that she can be evil—a fact which Joe will perhaps never be able to acknowledge given that he always manages to see himself as the good guy. Joe and Love both experienced tragic childhood events that stuck with them for life, but it’s the way they responded to them that sets Love apart. The key to understanding her lies in her relationship with her late twin brother, Forty.

Growing up in an abusive household, Love took on the maternal role her parents failed to provide. She and Forty clung to each other and formed a bond that pierced into their adult life. Love became endlessly protective of her twin, and it’s what led to her slitting her childhood au pair’s throat after witnessing her sexually abuse Forty at the age of 13. When Forty eventually dies, Love naturally feels like she failed at protecting him and blames herself as any doting mother would.

Love’s response to the traumatic events of her life is what makes her desire to love and be loved so relatable.

Joe himself says that it’s Love’s radiant maternal personality that made him fall for her in the first place. At a young age, Love stepped in and did everything she could for her brother, and it’s impossible to not feel for a woman who was burdened with responsibilities she was in no way mature enough or equipped to handle. How could you ever expect at 13-year-old to properly deal with witnessing her brother’s sexual abuse? And after she saw how easy it was for her parents to cover it up, Love was unable to move on. Violence is all Love has ever known as a means to put an end to impending threats on her loved ones. And she’s willing to kill for them, again and again. 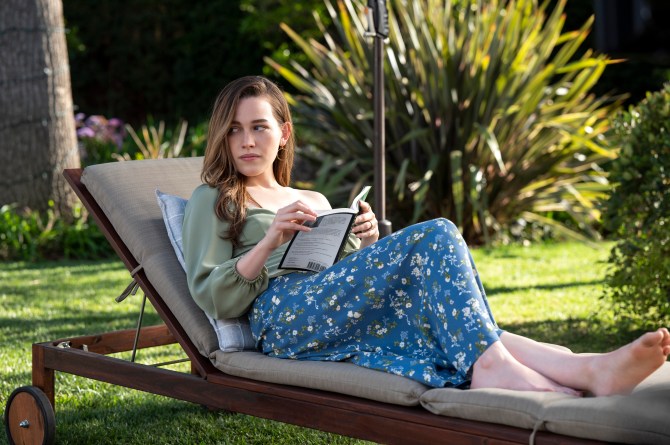 With this in mind, it’s easy to see what was going on in Love’s mind when she killed the anti-vax neighbor who endangered and led to the hospitalization of her child. It’s the humane elements in Love that act recklessly and impulsively that make Love such an engrossing character. More than anything Love seeks validation from those she cares about, and when Joe can’t give that to her, she goes mad.

Love may not have gotten her fairytale ending, but one thing is clear: neither will Joe.

At one point in the show, the audience sees that Love is texting her dead brother. She vents about her marriage and her relationship with Natalie’s stepson, Theo. For Love, Theo is another broken character she has the chance to fix—to protect—and so her inability to stay away from him transforms into a full-fledged love affair. Theo needs Love whereas Joe, she admits, makes her “feel bad” for being herself. But when Love said ‘till death do us part,’ she meant it. So she decides to try harder to make her marriage work—that is until she decides it’s simply beyond repair.

In the finale, Love conjures up a plan to finally put an end to Joe, unfortunately, he had a similar idea. Joe ends up injecting her with wolfsbane before blowing up the house they (almost) lived happily ever after in. With her dying breath she utters the damning words to her husband and soon-to-be murderer: “We’re perfect for each other. But bad for Henry. He’ll know what you are.”

Love knew exactly what she was, and that’s where her power lies. It’s not difficult to find yourself hoping Love would have emerged triumphant, in a world where she overcame her trauma and lived life as a dedicated, loving mother to Henry. Love may not have gotten her fairytale ending, but one thing is clear: neither will Joe.

You is available to stream on Netflix.