Warning: Spoilers ahead for Love Is Blind season 1. The Love Is Blind reunion revealed which couples are still together, still broken up and still pissed off. But it also revealed that Love Is Blind‘s Gigi and Damien are back together despite their dramatic breakup on their wedding day.

The Love Is Blind reunion, which was released on YouTube on Thursday, March 5, revealed that one of the Netflix series’ most controversial couples is giving their relationship another shot. As viewers remember, Damien Powers and Giannina Milady Gibelli’s relationship was full of drama. After Damien proposed to Gigi in The Pods (and Gigi flipped the switch and proposed to him), the couple met face to face where Gigi ran into Damien’s arms and wrapped her legs around him Bachelor-style. Once they were in the real world, the couple fought—a lot. Damien scolded Gigi for using her phone too much, while Gigi criticized Damien’s sex skills in one of the rawest scenes on reality TV.

In the finale, the couple stood at the altar at their wedding, as the minister asked them if they took the other in marriage. Gigi said, “I do,” but Damien said, “I don’t.” As expected, the response caused a lot of drama. Gigi ran out of the venue and into the streets, where she fell and cried into her mom’s arms. When she returned, she told Damien off like a boss and ripped a piece of her dress off as a symbol for the “ribbon” Damien gave her in The Pods that she now gave back. 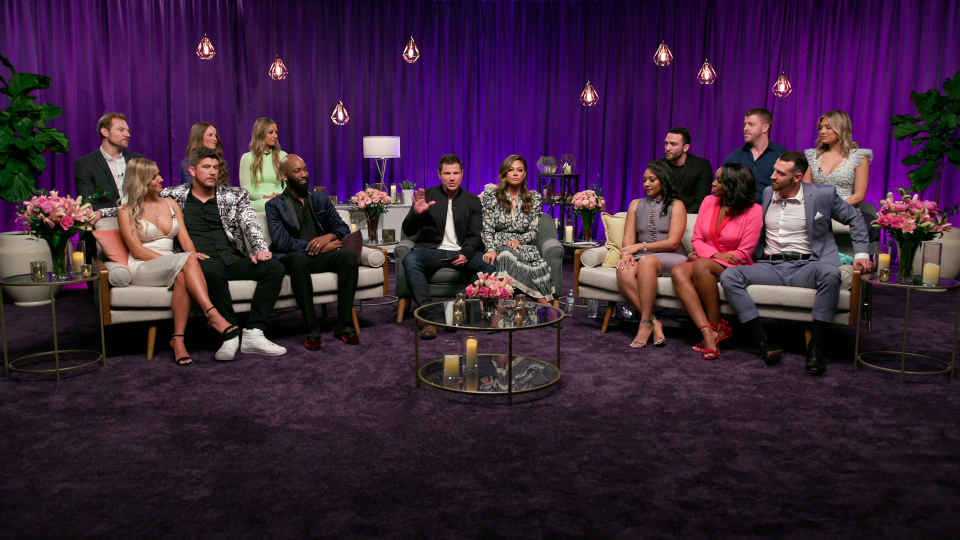 Fast forward to the reunion, and Gigi and Damien surprised the rest of the cast when they revealed that they’re back together. “Where we are now, it’s so right for us where we can just date. He has his own place. I have my own place,” Gigi said. “We’re getting to know each other at our own pace. And it’s so refreshing. It hurt so much, but it’s all about what can I do with that and what can I do with that.”

In the end, though, Damien doesn’t regret breaking up with Gigi on their wedding day. On the reunion, he revealed that he thought that he and Gigi had decided to leave Love Is Blind unmarried but continue to date after the show, which is why he was thrown for a loop when she said “I do.” “It was definitely a strong love from the beginning. We pushed through a lot of challenges, as did everyone here,” he said. “But I wanted it everyday ever since I told her I loved her in The Pods. It turned into our love story, but she was in and out of it so much.”

It’s unclear if Damien and Gigi are re-engaged, but from the way they talked about their relationship and how they’re simply “dating,” we assume that they’re taking things slow. Damien and Gigi also didn’t reveal when they got back together, but we’re hoping them the best from Netflix’s “experiment.”