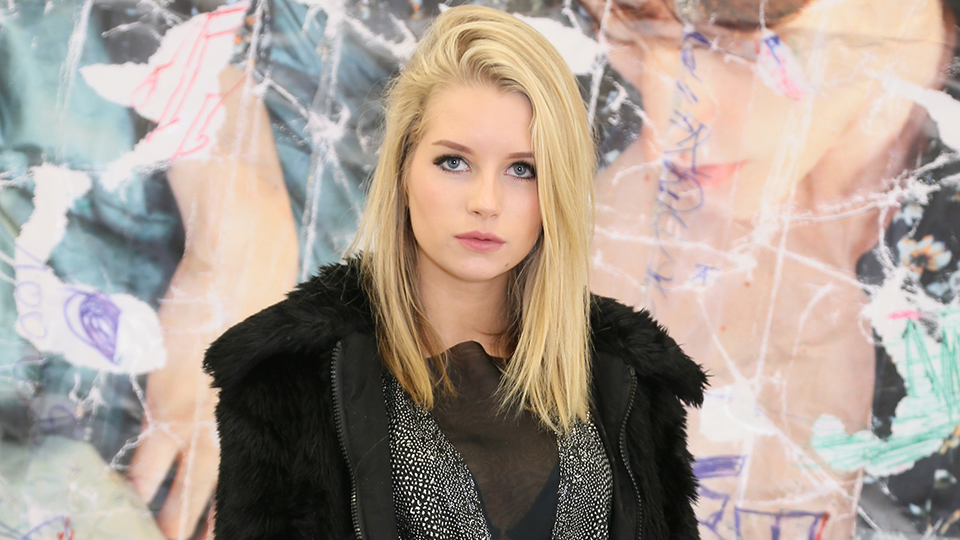 Lottie Moss already has a last name that sets her apart from most fledgling models, and lately her résumé has started to measure up. The 18-year-old—who, as you may have gathered, is Kate’s half-sister—just scored her first magazine cover, with a trio of covers for L’Officiel Netherlands. Photographed by Bryan Adams, the Storm Models–signed Londoner wears a Gucci dress similar to the one Florence Welch rocked last night at the Grammys, along with looks by Prada and Dior.

According to the Daily Mail, despite following in her sister’s footsteps, Moss is not intimidated by Kate’s extraordinary career. “I am who I am, and I do what I want, whether that is modeling or anything else. The success of my sister does not affect me in my choices. I feel no pressure in that respect.”

It seems to be paying off: Just last month, Lottie appeared in a Vogue spread alongside fellow famous siblings Bella Hadid and Kylie Jenner, and was announced as the new face of Botkier New York.

Check out the covers below: 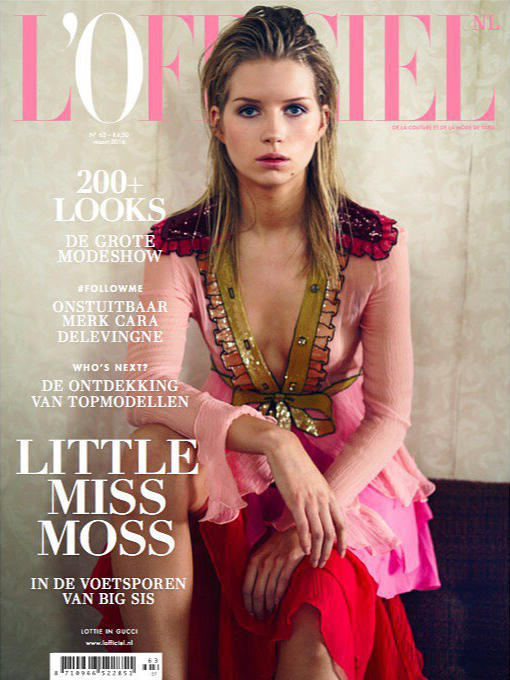 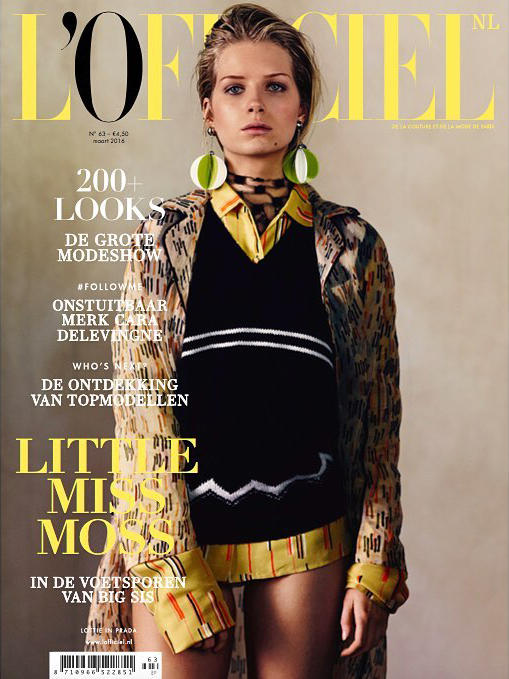 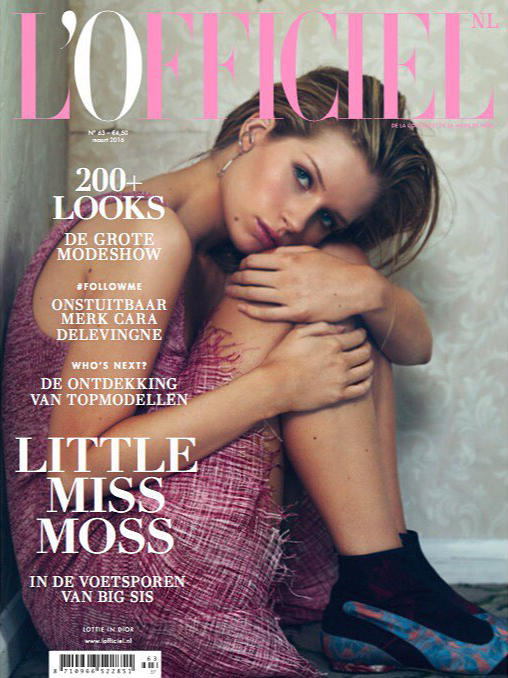