Amazon Video’s upcoming TV show, The Lord of the Rings: The Rings of Power is based on the stories of Middle Earth, a rich universe created by the acclaimed fantasy writer J. R. R. Tolkien. The fantasy genre generally means pretty significant physical transformations for the actors that take on these roles so let’s take a look at what the Rings of Power cast members look like out of costume.

What is The Lord of the Rings: The Rings of Power about?

The show sets the record for the most expensive series ever. The Rings of Power is said to have cost Amazon around $715 million, including the $250 million the company had to spend to buy the rights to Tolkien’s intellectual property.

Though many people will have seen Peter Jackson’s epic The Lord of the Rings trilogy based on Tolkien’s three-volume saga, and his follow-up prequel trilogy based on The Hobbit book, Amazon’s The Rings of Power will predate all the events of those six films by about 3,000 years. The show isn’t based on any one of Tolkien’s stories but instead is an adaptation of The Silmarillion, a complex collection of Middle Earth’s earlier history. Such was Jackson’s love and understanding for Tolkien’s work that The Rings of Power director J. A. Bayona said he drew a lot of inspiration from those six films while adding his own flare to this complex universe. “When I think about the Peter Jackson movies, the thing I love and the thing that I admire the most is how great he was in capturing Tolkien’s spirit,” Bayona told CinemaBlend in late August. “I went back to the books, I read them again, and everything is in there. You can tell how cinematic Tolkien was when he portrays the landscape reflects the mood of the characters. That’s the kind of style that I love.” As the name suggests, The Rings of Power will tell the story of the forging of 19 rings that give Men, Dwarves, and Elves the influence to govern their respective races, plus the One Ring that Sauron forges in secret to grant him domination over the others.

The Lord of the Rings: The Rings of Power debuts on Amazon Prime Video on Thursday, September 1. A new episode will be released on the west coast at 9 p.m. PT, or early Friday morning on the east coast at 12 a.m. ET. 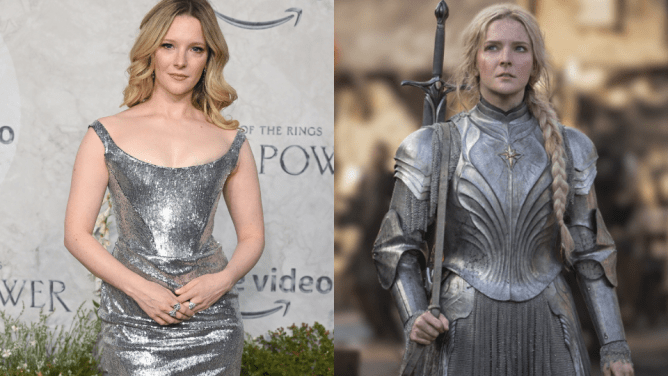 Morfyyd Clark plays one of the lead roles, the elven warrior Galadriel. She’s a character that may be familiar to some, as she was played by Cate Blanchett in the Peter Jackson-directed Lord of the Rings film trilogy. Even though The Rings of Power is set around 3,000 years before the events that take place in Jackson’s films, elves are immortal, so they don’t age. Clark, a BAFTA-nominated actor, has previously appeared as Sister Clara in His Dark Materials and Caroline Bell in The Alienist. 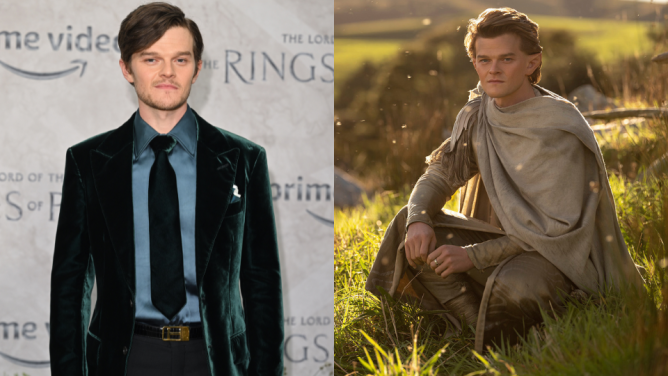 Another character from Lord of the Rings fans might recognize. Elrond is played by Robert Aramayo in The Rings of Power, a role previously held by Hugo Weaving in Peter Jackson’s cinematic trilogy. You may have seen Aramayo in an episode of Netflix’s Mindhunter and well as the hit fantasy series Game of Thrones as the young Ned Stark. 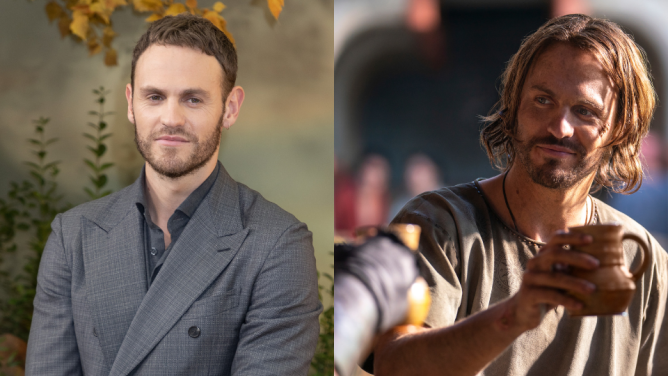 Halbrand is a character that doesn’t exist in the books but was created for the Amazon show. We don’t know much about him apart from the fact that he meets Galadriel somewhere in the Sundering Seas stranded on a raft presumably after a shipwreck. Charlie Vickers is a relatively new name to showbiz, having starred in the historical show Medici in his first role in 2018. The Rings of Power is his second TV character in his career. 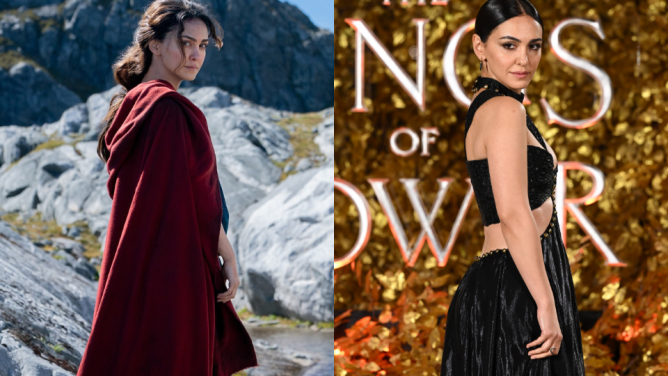 Bronwyn is also not a character that exists in writer J. R. R. Tolkien’s works but instead was created by Amazon for The Rings of Power. Because of this, we don’t know much about her either at this stage, other than the fact that she’s a village healer in Tirharad, but because she appears in all eight of the show’s episodes, we have to speculate Bronwyn has a significant part to play. She’s played by Nazanin Boniadi, who you would have seen in Hotel Mumbai, How I Met Your Mother, and an episode of Grey’s Anatomy. 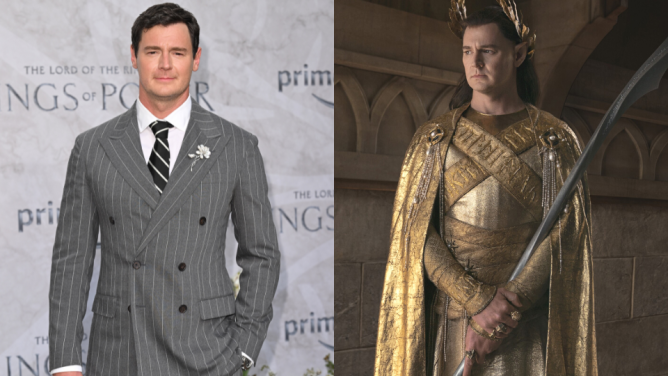 As the highest authority among elves, Gil-galad is the last1 High King of the Elves of the West and leads the elves to war against Sauron, in the Last Alliance of Elves and Men alongside King Elendil. Benjamin Walker takes on this regal character, adorned with golden armor, after appearing in the MCU Netflix series Jessica Jones. He hasn’t appeared in much before that, but he did play Abraham Lincoln in the film horror-fantasy film, Abraham Lincoln: Vampire Hunter. 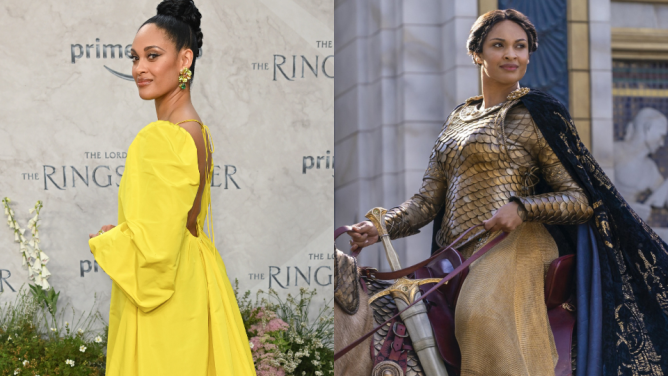 Queen Míriel is the last rightful heir to Númenor, a kingdom of Men on an island off the coast of Middle Earth. From what we’ve seen of the Rings of Power, it’s possible she will be somewhat of a military leader as well in the battle against the forces of Sauron.

The Lord of the Rings: The Rings of Power debuts on Amazon Prime Video on Thursday, September 1. A new episode will be released on the west coast at 9 p.m. PT, or early Friday morning on the east coast at 12 a.m. ET.