Though it may seem like all of our favorite celebrity couples are breaking up, the longest celebrity marriages and relationships prove that love is still alive and well in Hollywood.

Over the years, we’ve lost fan-favorite couples like Ben Affleck and Jennifer Garner, Emma Stone and Andrew Garfield, and Zac Efron and Vanessa Hudgens, but that doesn’t mean that there haven’t been successful celebrity relationships. In an interview with Us Weekly in June 2019, Samuel L. Jackson explained the secret to his 40-plus year-long marriage with wife LaTanya Richardson. “The secret to our success? Well, I guess we still love each other,” he said at the time. “Our job is just a job, you go to work, we go to work. If I’m at home working, I love coming home and sleeping in my bed. I was working a lot of other different places, but she comes to visit…We understand the bond we have, the commonality of experiences, the commonality of joy of the theater and of our lives and of our daughter’s life, so it’s easy for us to stay connected.”

No relationship is perfect, and the couples in the longest celebrity marriages are aware of that. Read about these couples and how they’ve made their relationships work for decades and decades. 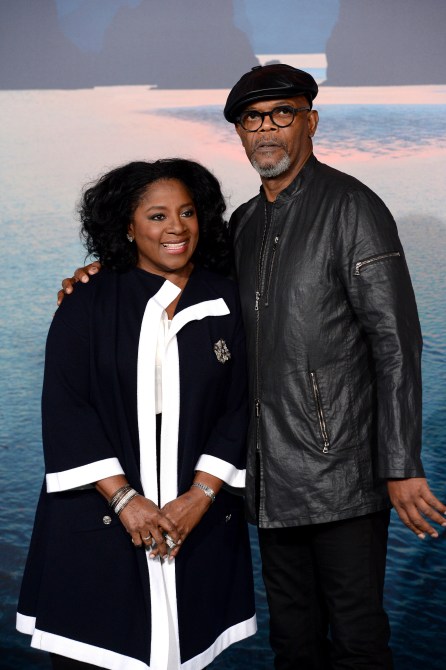 Jackson and Richardson met and started dating in 1970 while she was attending Spelman College and he was attending Morehouse College. The couple married in 1980 and share a daughter named Zoe. In an interview with The Guardian in 2016, Jackson explained how his wife has made him a better person. “I’ve always had my wife LaTanya, who’s my harshest critic,” he said. “She’d say, ‘You’re so intelligent that the first time you read something, you think you understand it intellectually and emotionally…But there’s no blood in it.'”

“It wasn’t until I got sober that I knew fully what she meant,” he continued. “Before, I used to do stuff on stage and kinda look for the reaction from the audience — ‘Aha! I got ’em good that time!’ And once I was able to ignore that, and focus on the relationships with the people I was onstage with, I was finally able to blossom into whatever I might think I am now.” 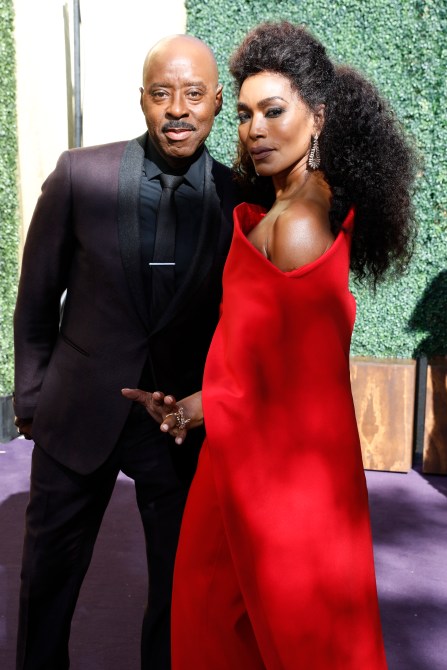 Vance and Bassett met and started dating in 1980. They married in 1997 and share twins Bronwyn and Slater. In an interview with Net-a-Porter in 2018, Bassett revealed that the secret to her marriage is allowing each other to have freedom. “He always said divorce is not an option. I’ve always told him: ‘Do what you want to do, because I don’t want you to get to the end and blame anything on me,'” she said. 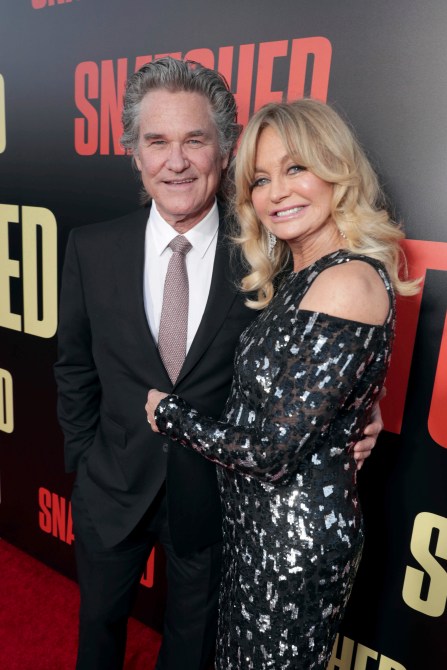 Russell and Hawn may not be married, but they’ve been dating since 1983. The couple welcomed their first child together, a son named Wyatt, in 1986. Russell also has son Boston with ex-wife, Season Hubley, while Hawn shares son Oliver and daughter Kate with ex-husband Bill Hudson. In an interview with Loose Women in 2016, Hawn explained why she and Russell haven’t married. “I would have been long divorced if I’d been married,” she said at the time. “Marriage is an interesting, psychological thing. If you need to feel bound to someone then it’s important to be married.” 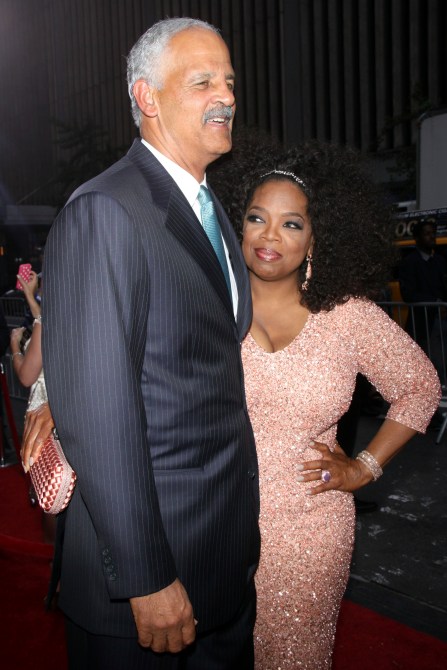 Oprah and Stedman may not be married, but their relationship has been going strong for more than 25 years. The two met in 1986 and got engaged in 2012. In an interview with Access Hollywood in 2013, Oprah explained why she likely will never marry Stedman, even if they plan to stay together for a long time. “If you ever interviewed him, he would tell you that had we married, we would not be together today,” she said. “Because he’s a traditional man and this is a very nontraditional relationship.” 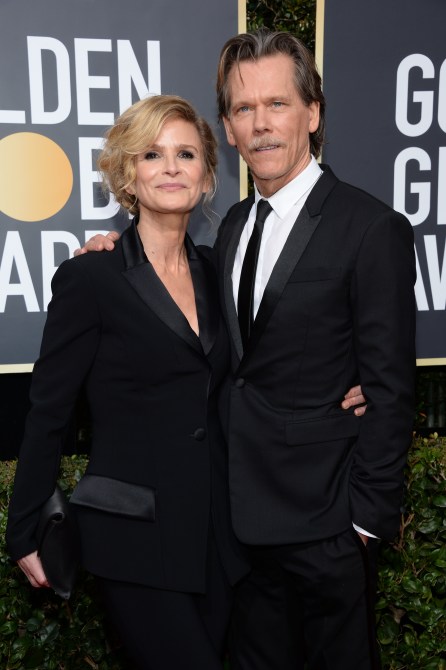 Sedgwick, who is seven years younger than Bacon, first met him when she was 12 years old and she ran into him at a restaurant after one of his plays. “A little girl was in there who had just seen the matinee, and her brother said, ‘You liked that actor, go tell him you liked him,’ and it was Kyra,” Bacon recalled in an interview on The Late Late Show With Craig Ferguson in 2014. The couple didn’t meet officially until 1987 when they were filming Lemon Sky together. They wed in 1988 and share daughter Sosie and son Travis together. 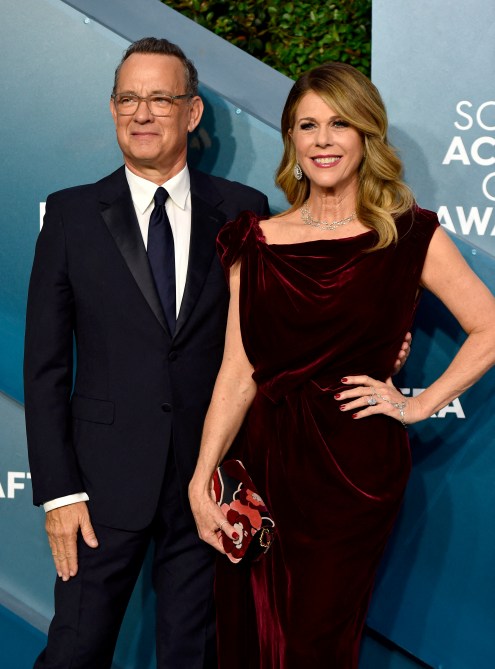 Hanks met Wilson in 1988 on the set of their film, Volunteers. At the time, it had been one year since Hanks divorced his ex-wife, Samantha Lewes. Hanks and Wilson married in April 1988, less than a year after they first met. “I don’t think I’ll ever be lonely any more … that’s how I felt when I met my wife,” Hanks told BBC in 2016. 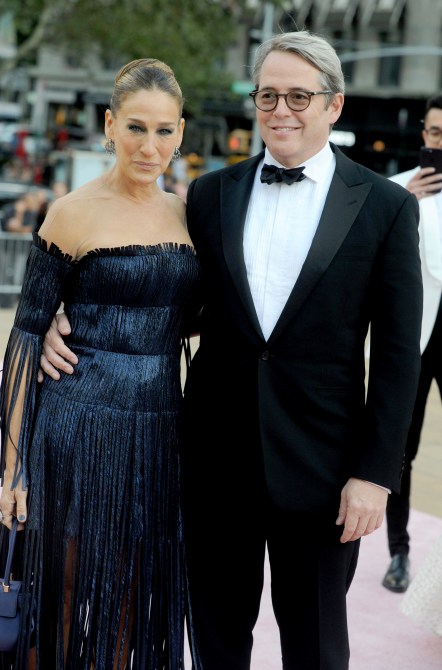 SJP and Broderick met in 1991 through the Sex and the City star’s brother. They married in 1997 and share three kids together: son James Wilkie and twin daughters Marion and Tabitha. In an interview with Entertainment Tonight in 2016, Broderick revealed the key to his marriage with Parker.  “Communicating,” he said. “Don’t go to bed mad.” 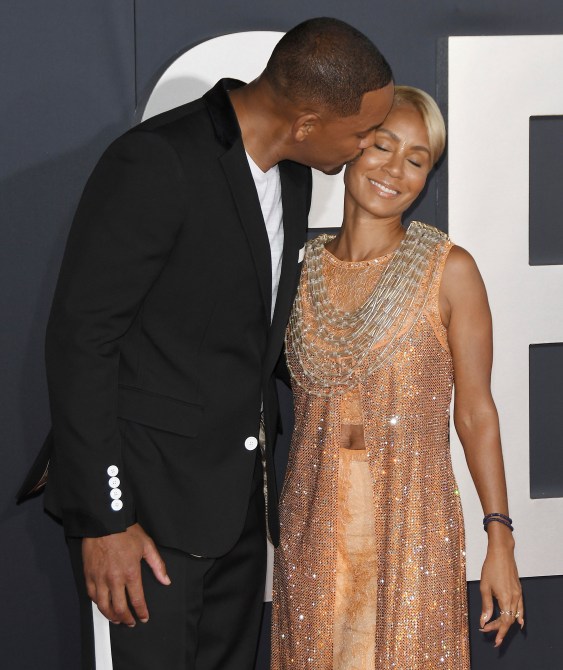 Will and Jada met in 1995 when she auditioned to play one of his girlfriends on The Fresh Prince of Bel-Air. The two married in 1977 and share two children: son Jaden and daughter Willow. In an interview on Jada’s Facebook Watch show, Red Table Talk, in 2020, Jada revealed that she and Will broke up around 2016, which is when Jada dated singer August Alsina for a short time. “You and I were going through a very difficult time,” Jada told Will. “I was done with yo’ ass,” Will said. “We basically…we broke up,” she said. “We decided that we were going to separate for a period of time and you go figure out how to make yourself happy. And I’ll figure out how to make myself happy,” Will said.

In an interview with Howard Stern in 2015, Jada explained that her relationship with Will works because they trust each other and have freedom. “Here’s what I trust: The man that Will is … is a man of integrity. He’s got all the freedom in the world,” she said at the time. “As long as Will can look himself [in] the mirror and be OK? I’m good.” 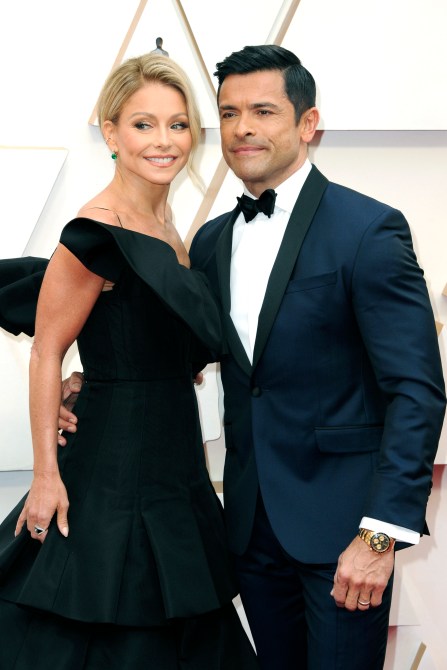 Ripa and Consuelos met in 1995 at a screen test for All My Children, which Ripa starred on at the time. Their on-screen chemistry led to their relationship (and Consuelos booking the role.) Less than a year after they met, Ripa and Consuelos got engaged and eloped in Las Vegas a day after Consuelos’ proposal. The couple share three kids: daughter Lola and sons Joaquin and Michael. “We’re very lucky that we found each other, that’s what I have to say,” Ripa told AOL in 2015. “I would say to Mark, ‘Who would we have married if not each other.'” 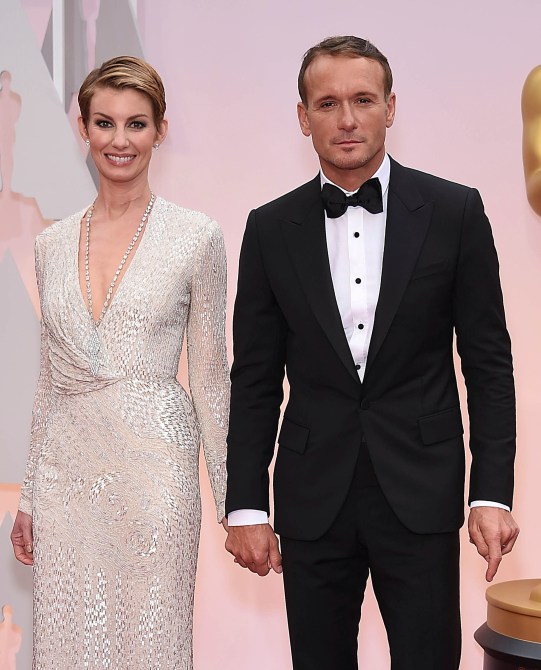 McGraw and Hill met backstage at the New Faces music festival in Nashville in 1994, but it wasn’t until 1996 that they started dating. Hill was engaged to producer Scott Hendricks at the time, but after she kissed McGraw while she was on tour, she ended her engagement with Hendricks. The couple, who married in 1966. share three daughters together: Gracie, Audrey and Maggie. 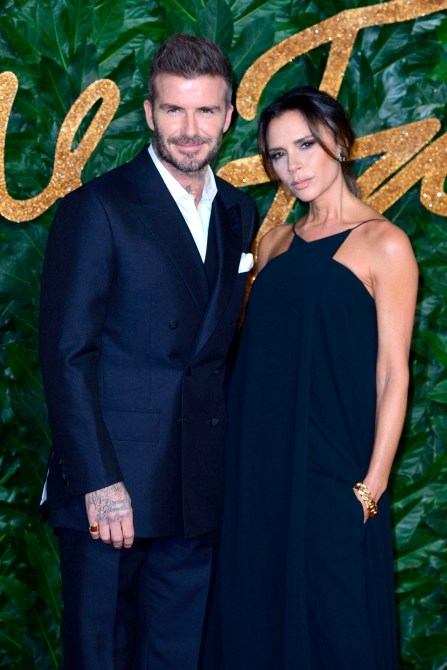 David and Victoria met in 1997 after she gave her phone number to him on a London-to-Manchester plane ticket (which he still has) at a event. The two wed in 1999 and share four children: sons Brooklyn, Romeo and Cruz and daughter Harper. In a 2016 essay for British Vogue, Victoria explained it was love at first sight. “Yes, love at first sight does exist. It will happen to you in the Manchester United players’ lounge — although you will get a little drunk, so exact details are hazy,” she wrote. 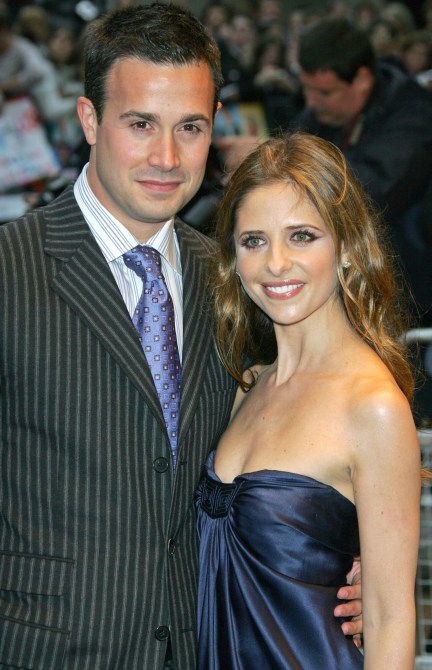 SMG and FPJ may havem et in 1997 on the set of their film I Know What You Did Last Summer, but it wasn’t until 2000 that they started dating. The couple married a year later in 2001 and share two kids: daughter Charlotte and son Rocky. In an interview with AOL Build in 2016, Prinze revealed how the two came together. “We were fortunate enough to be at the right times in our lives where we both wanted something serious and it worked,” he said. “So we’re lucky, but we also work very hard at it. It’s not just dumb luck, it’s work.”