She truly just continues to bless our souls. Lizzo’s MTV VMAs performance of “Truth Hurts” and “Good As Hell”  was everything we came for and more. Though the songstress has attended the Video Music Awards twice before–this is the first time she has ever graced the stage. Clearly, she delivered. With her typically bodacious dance moves and flute performance–Lizzo and her dances, she legit dazzled the audience.

Lizzo was nominated for Best New Artist and Push Artist of the Year. It has been a whirlwind year for the Cuz I Love You songstress –and to think, she nearly quit music. In a recent interview with People, the 31-year-old explained,

The day I released ‘Truth Hurts’ was probably one of the darkest days I’ve had ever in my career. I remember thinking, ‘If I quit music now, nobody would notice. This is my best song ever, and nobody cares. I was like, ‘F— it, I’m done.’ And a lot of people rallied; my producer, my publicist and my family, they were like, ‘Just keep going because this is the darkest before the dawn.’

Thankfully, our queen stuck with it and “Truth Hurts” has been steadily climbing the Billboard charts ever since. 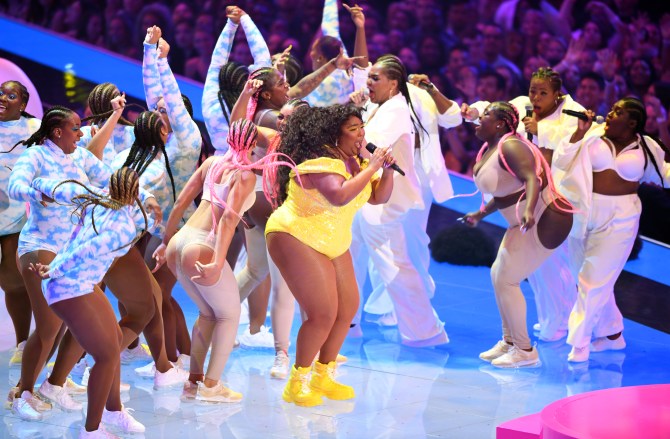 Watch her sensational performance for yourself below.

And to think, Lizzo recently shared on Instagram that she was feeling under the weather just days before she was set to hit the stage. Luckily, our sis pushed through giving us vocals, moves and passion. This is why we love her.