With the 2022 FIFA World Cup in Qatar in full swing, most soccer fans are asking: what is Lionel Messi’s net worth?

The Argentine soccer player is one of the most sought-after soccer players in the world. From a young age, he showed great potential and started to play for Barcelona FC at the age of 17. He led the team to victory by winning his first Ballon d’Or at age 22 and continued to do so for four years in a row. Messi was a long-term standout and champ, winning a record seven Ballon d’Ors. He played for Barcelona for more than 16 years, but in 2020, the team announced that they could not afford to pay out his salary and he subsequently moved to Paris Saint-Germain in 2021. He announced that the 2022 FIFA World Cup at Qatar would be his last So, the big questions are: How much does he earn and what is Lionel Messi’s net worth?

What is Lionel Messi’s Net Worth?

What is Lionel Messi’s Net Worth? According to Celebrity Net Worth, Lionel Messi’s net worth is estimated at $660 million, which makes him the most lucrative athlete in the world. In 2019 and 2022, Forbes listed him as number one on their top 10 Most Highest Paid Athletes in the World, with NBA basketball legend LeBron James as second, and fellow soccer player and archrival Cristiano Ronaldo as third place. 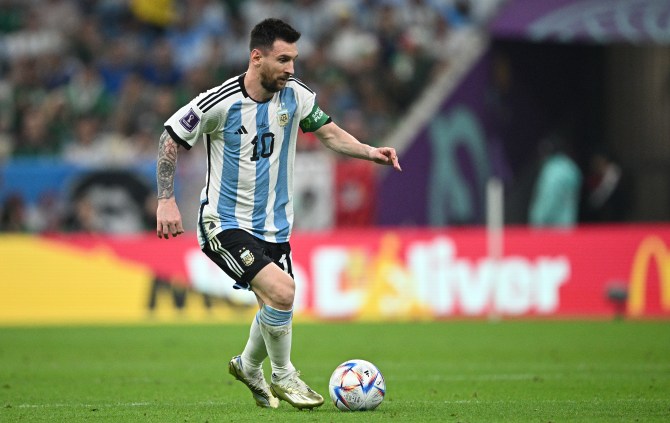 According to the business magazine, the Paris Saint-Germain player receives $75 million on-field while he receives $50 million off-field, but his earnings over the years have certainly accumulated.

How much does Lionel Messi make from his salary?

How much does Lionel Messi make from his salary? While at Barcelona, he reportedly had a base salary of $168 million in 2017 when he renewed his contract. In previous years, his salary was about $44 million. Celebrity Net Worth also reported that since the start of his career, he has earned $1.3 billion from endorsements and salary combined. By their count, he has earned around $900 million in salary to date and $400 million from endorsements. In August 2021, Barcelona announced that the team could not offer a renewal due to being in debt and following years of overspending and the financial ramifications of the COVID-19 pandemic. In a statement, the club said, “Despite having reached an agreement between Barça and Leo Messi and with the clear intention of both parties to sign a new contract today, it will not be possible to formalize due to economic and structural obstacles (Spanish LaLiga regulations)”.

Messi wanted to stay at his long-term football club and previously stayed with a 50 percent pay cut to help Barca economically. When his departure was announced on August 6, 2021, he cried in a press conference along with fellow teammates, midfielder Frenkie de Jong and striker Sergio Aguero.

Two days later, he signed with Paris Saint-Germain on a free transfer. His base salary for the team is smaller than his Barcelona earnings. His contract offers him a base salary of $75 million a year. After taxes, his earnings are estimated to be around $40 million dollars. However, according to Mirror UK, he’s not the top-earning player on the team. Fellow soccer superstar Neymar receives a monthly salary that tops €4 million ($4,129,920 USD) slightly more than Messi’s €3.375 million ($3,484,569.)

In November 2022, he announced that the 2022 FIFA World Cup would be his last as a player. Rival Cristiano Ronaldo announced the same. When asked if it was his last via CNN, Messi responded, “Yes. Surely yes. There’s a lot of years until the next one and I don’t think I have it in me and finishing like this is best. [I feel] a lot of happiness to be able to achieve this. To finish my World Cup career playing my last game in a final. Everything I’ve lived in this World Cup, what people experienced and how much the people back in Argentina are enjoying it all is very emotional.” He continued. “I’m enjoying everything a lot, I feel strong to be able to face each match. We’ve come along making a lot of big sacrifices, like playing the extra time which wasn’t easy. We were tired but the group gave that little bit more, it was a very tough game which went the way we prepared for. We knew they would have the ball a lot and that we would have our chances. It was a well prepared match like we always manage, and I’m happy, I’m enjoying it all a lot.”

If Argentina wins the World Cup against France, Messi’s home country team would earn about $40 million, while the second place team would earn $30 million. Messi’s direct rival on the France team, Kylian Mbappé, who led his team to win the 2018 FIFA World cup, earns more than Messi according to Forbes. In the list of 2022 Highest Paid World Cup Players, the 23-year-old Mbappé, who also plays for Paris St. Germain, Forbes estimates he will earn $128 million for the 2022-23 season before taxes and agents’ fees. He’ll be paid $110 million between his salary and a share of his signing bonus this season, according to industry experts, compared to Messi’s $120 million. 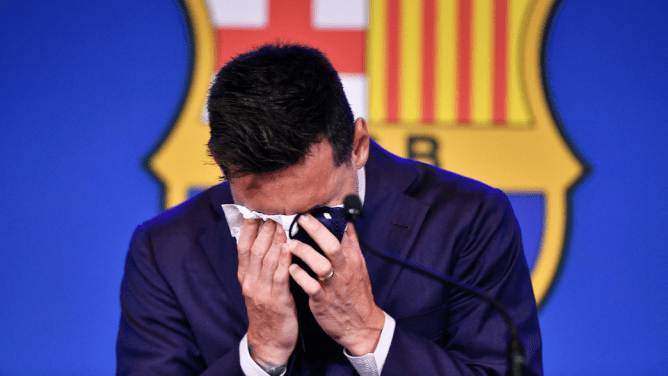 How much does Lionel Messi make from endorsements?

Most of Messi’s net worth actually comes from his endorsements. He is Adidas’ lead brand endorser after he joined the brand in 2006 having previously signed with Nike. The brand features its own Messi line with cleats, jerseys, socks and other apparel that gives tribute to the soccer player. In 2019, he opened up his own retail outlet, The Messi Store, in Barcelona where he sold various apparel. He’s also been endorsed by Pepsi since the start of his career, and in particular, Gatorade, for which he is the main brand ambassador. In 2022, he partnered with Budweiser for a special edition Lionel Messi beer. Recently, he partnered with J&T Express, an Asian express delivery company. In March 2022, he also signed an endorsement deal with fan engagement app Socios that is set to pay him $20 million annually.

In 2013, his father Jorge Messi was accused of money laundering surrounding fundraising matches for Messi and Friends, a popular charity by Spanish newspaper El Mundo. He has served as president of the Lionel Messi Management and denied the reports and urged action from El Mundo in a statement to AFP (via Yahoo! Sports): “Jorge Messi has never been connected to the case,” LMM said in a statement. “He has not been investigated or called to testify, much less charged,” it added. “We hope that the newspaper El Mundo will correct the published story in line with the information released by the Interior Ministry.” He along with his son was cleared of the accusations.

Messi founded the Lionel Messi Foundation in 2007. According to the charity’s website, the non-profit focuses on “social actions are focused on each child acquiring the knowledge, skills, attitudes and values ​​necessary to forge a sustainable future. We work in line with the United Nations Millennium Development Goals to ‘promote universal primary education’, focusing our help on the most vulnerable and disadvantaged children and adolescents.” They also focus on health endeavors as one of their missions is “to join efforts to strengthen health systems, train doctors and specialists, and contribute to research to alleviate prevalent childhood diseases that affect the most vulnerable and marginalized sectors.”

Messi grew up with a hormone deficiency, and his charity vows to help any child in need. In a quote, he said, “There’s nothing more satisfying than seeing a happy and smiling child. I always help in any way I can, even if it’s just by signing an autograph. A child’s smile is worth more than all the money in the world.” The foundation has also awarded research grants and helped to pay for training for future potential soccer stars in Argentina and Spain. He also supports many youth football clubs in Argentina such as Sarmiento, Rosario Central, Newell’s, River Plate, and Boca Junior. He’s also been a goodwill ambassador for UNICEF since 2010. In 2015, the soccer player donated $376,420 to UNICEF on the Spanish equivalent of Children in Need, ‘Un Sol Para Los Chicos’ (A Sun For The Children). 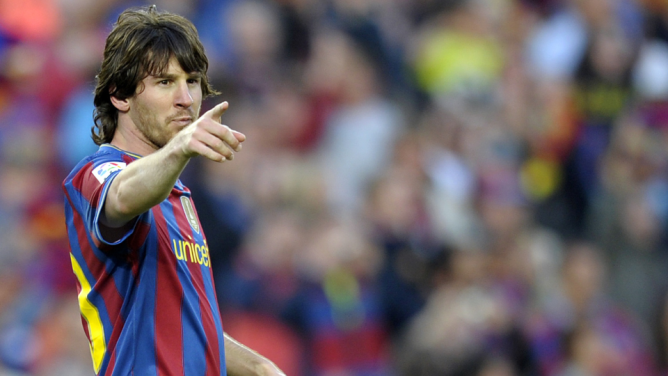 During the height of the COVID-19 pandemic, Messi reportedly made a donation of €1 million ($1.1 million) to be split between the Hospital Clinic in Catalunya and another health center in Argentina. He also led the Barcelona players in taking a 70 percent pay cut as an act of solidarity with non-playing staff at the club, ensuring they will be paid fully when games weren’t being played due to lockdown.

In a quote that’s attributed to him, he claims that he doesn’t play the game for the money. “Money is not a motivating factor,” he said. “Money doesn’t thrill me or make me play better because there are benefits to being wealthy. I’m just happy with a ball at my feet. My motivation comes from playing the game I love. If I wasn’t paid to be a professional footballer I would willingly play for nothing.”

Lionel Messi and The Art of Living By Andy West 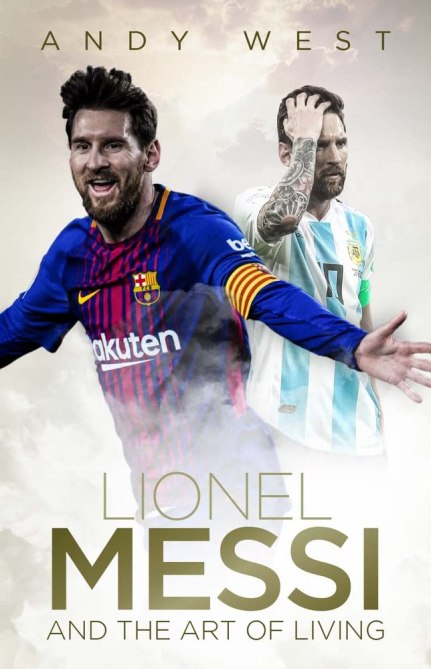 Although the details of Messi’s story are already well known, The Art of Living examines afresh and anew his highs and lows, his successes and failures, his ongoing evolution and his endless struggle to succeed. It encourages us to consider, to analyze, and—above all—to think about Messi’s career from a different viewpoint, understanding how his journey can be related to our own lives on a meaningful and impactful level.