From the moment the light rose on screen, and the animals begin singing “The Circle Of Life,” I knew this film would be something special. Disney’s The Lion King 2019 movie will be adored by generations of people– those who have been enamored with the 1994 animated film since it debuted, and a slew of others who are newcomers to the tale.

No matter when you first discovered Simba’s story, the live-action Lion King will leave you speechless. There has been a ton of anticipation surrounding the return to Pride Rock. The Lion King is one of the most-beloved from Disney’s vault. Therefore, there was a great deal of pressure on director Jon Favreau to make sure that the film looked terrific visually–while maintaining the integrity of the story.

The craftsmanship in 2019’s The Lion King is breathtaking. The CGI looks so hyperrealistic that the audience will feel like they’re in Subsaharan Africa right along with the animals. Though there is some sameness when it comes to the lions’ coloring –the distinctive voices of James Earl Jones’ Mufasa, Donald Glover’s adult Simba, and Chiwetel Ejiofor’s sinister Scar are enough to distinguish them easily. Also, the majority of the audience will know the story well–so there should be little cause for confusion. 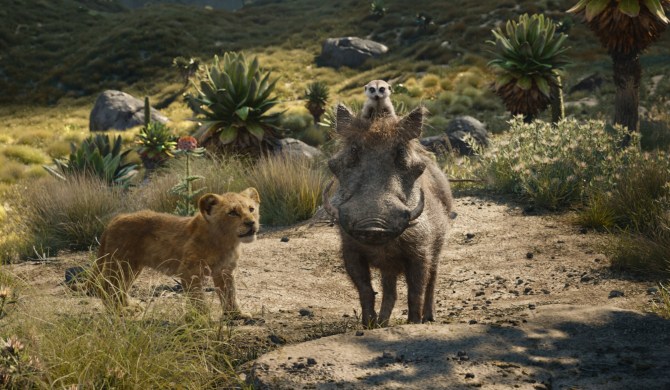 This movie is nearly a carbon copy of the original film, but that doesn’t make it any less delightful. The musical numbers are mostly outstanding, especially Beyoncé and Donald Glover’s “Can You Feel the Love Tonight?” Also, Billy Eichner and Seth Rogen, who voice Timon and Pumbaa respectively are an actual riot. As a pair, they carried a majority of the humor in the movie, adding a bit of 21st-century flair into the mix while staying true to the original dialogue.

When she was cast in the movie, there was much buzz about Beyoncé’s turn as adult Nala. The Homecoming icon has a very distinctive Texas drawl–which many argued would be distracting to hear in the movie. Once again, the queen proved them wrong. Working hard–possibly with a dialect coach to enunciate her words, Beyoncé’s Nala was fierce–determined, and feminist-leaning. She’s not given quite as much screen time as Simba, but she’s certainly not confined to the role of “love interest.”

Admittedly, I was a bit miffed when I learned that Jeremy Irons was not going to return to voice Scar for this version of the film. However, Ejiofor’s Scar was almost more terrifying. He lacked the sarcasm of the original villain and instead is just utterly frightening. For parents–the realism of the lions–especially when it comes to Mufasa’s death scene in the stampede (spoiler), and the menacing look of the hyenas might send some smaller children into a tizzy. My heart raced more than once. 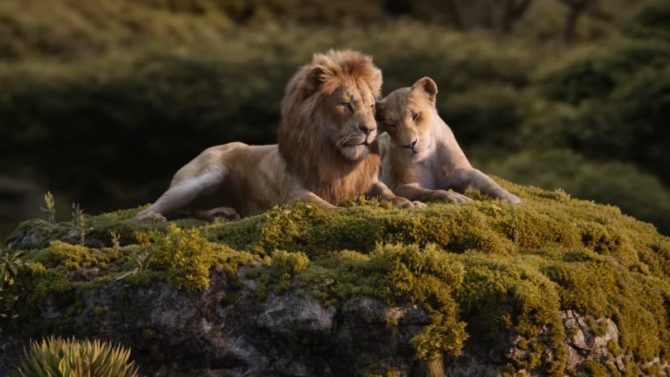 Instead of completely rewriting or updating the music, Hans Zimmer returned to score the film, and much of Elton John’s original work remains intact. My sole gripe was that the iconic “Be Prepared” is chopped and screwed into something wholly unrecognizable. Also, “He Lives In You” is replaced with Beyoncé’s “Spirit.” Somehow, Favreau managed to capture the spunk and delight of “I Just Can’t Wait To Be King” even without the whimsical animation that made the sequence so memorable.

Many reviews of The Lion King have complained that the film felt “redundant” or that Disney missed their mark, which seems absurd. There are a handful of changes here and there, and a remix of a couple of the classic songs– the rest of the film is almost shot-for-shot what the animated feature first delivered back in the ’90s.

It’s shocking that with the blueprints of Beauty and the Beast, Aladdin, and The Jungle Book— people thought Dinsey was going to reinvent the wheel for The Lion King. That has never been the case for their live-action features in the past.

More than anything– The Lion King remains at its core–a film about the relationship between a father and son–and what it means when everything you’ve ever known, from your identity to your homeland is suddenly ripped from under your feet. If you for some reason can’t bear to suspend your adult gaze and cynicism while watching this children’s film–then you don’t deserve this story and you certainly never deserved the original.