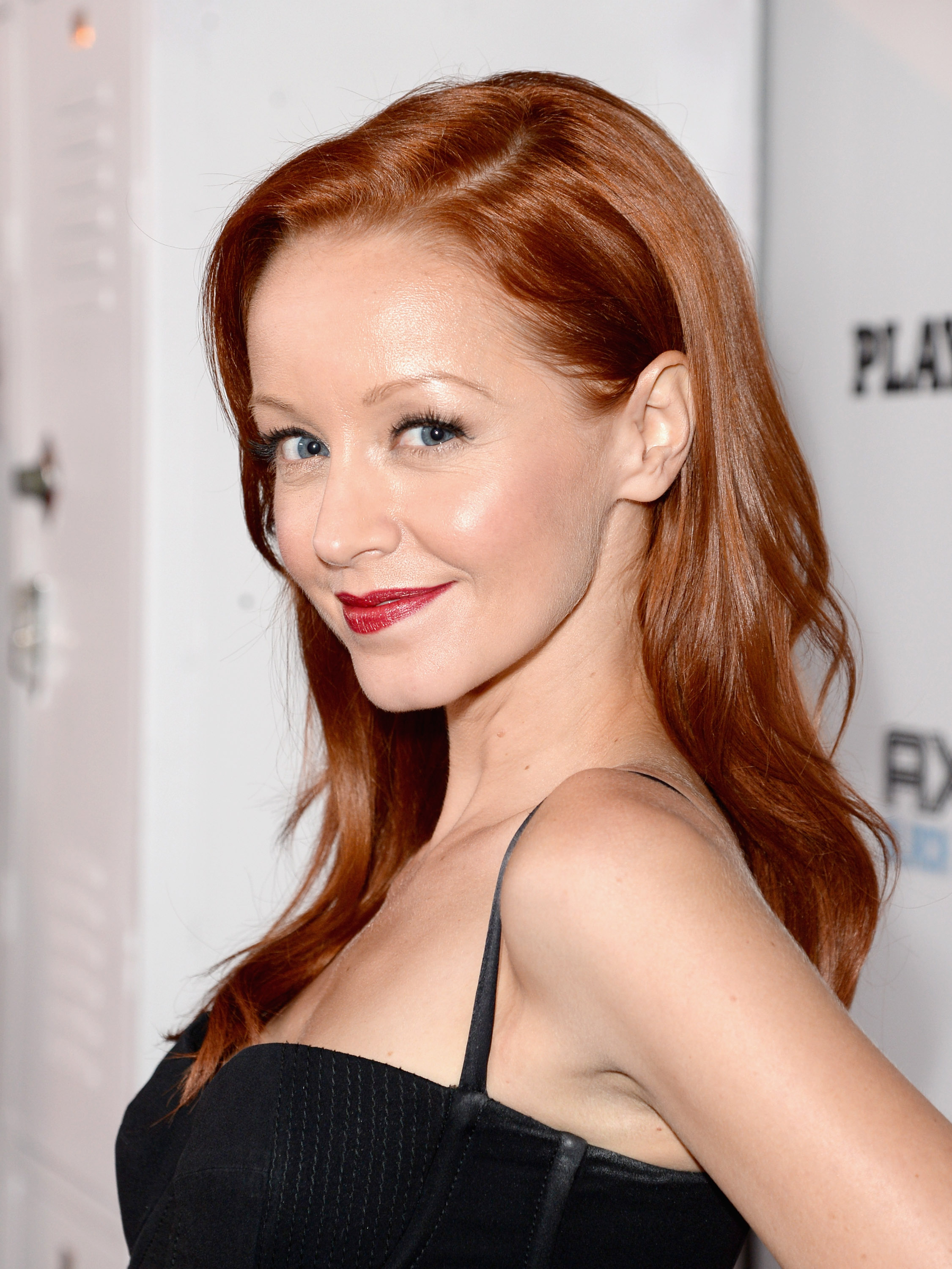 One of the most anticipated summer flicks this year is “Kick-Ass 2,” the follow-up to “Kick-Ass,” 2010’s superhero flick that swiftly acquired a massive fan base. Inspired by a comic book of the same name, the film features a pretty major cast, headlined with actors like Donald Faison, fashion favorite Chloë Moretz, and Canadian born Lindy Booth. Booth has a starring role as  Night Bitch—but don’t let the name fool you, as she’s actually one of the good guys.

With the film hitting theaters this Friday, August 16, we caught up with the 34-year-old actress to chat about everything from her the benefits of double-sided tape, Chloë Moretz’s style, and her most amazing purchase (on which the salespeople congratulated her!). Read on for more!

StyleCaster: Tell us a little bit about “Kick-Ass 2,” and your role as Night Bitch.
Lindy Booth: I’m a good girl with a bad name! It’s the sequel to “Kick-Ass” and we’re taking it to t he next level, which is obviously forming our own superhero teams. It’s sort of like “The Avengers,” but not really. I’m a new love interest for Kick-Ass my character is  very sweet and she’s a ballet teacher in real life. Her way of fighting back against everything is this alter ego she has created.

What was it like on set?
It was so much fun. I was a huge, huge fan of the first movie—I saw it opening weekend so walking into the set and seeing all the characters and costumes was like walking into a dream. And then on top of that, as an actor, it’s so much to be playing with the heigtehened emotions between the action and the comedy. It has real stakes and real drama as well as over-the-top comedy.

Obviously, since it’s a superhero flick, there are crazy ensembles—what was your experience like with the costumes?
To me the costume is always so important. I’m a dress up girl, it’s why I wanted to be an actor to begin with. When I was little I had a giant dress up box and it was so fun to figure out who I would become each day.

Working for me is so much fun and it’s really what I get to do. I had a lot of ideas going into this and what I wanted Night Bitch to look like. She is in the actual comic books so there is an established looked for her, but it was impractical for her in real life because it was only a series of belts! So the costume designer Sammy Sheldon and I really got to start from scratch, and she comes in with all these incredible ideas.

Part of the fun of it is figuring out who you want to be, so I sat down and I thought about it and I said, “I would want to be like any girl, with high heels impractical to run in, super tight pants that look totally badass, and I wanted a cape ’cause who doesn’t?” It was so much fun! To me, a costume really puts you in a period, in a time, in a place. It was totally true on “Kick-Ass 2” when I put that costume on everyday, I felt like I could do anything. I felt empowered, strong, and tough in it—and I needed it. For me, a costume is totally a number one priority.

What’s a secret from the set in terms of costumes that people may not know?
I will tell you that I split my pants on the set! It’s not all glamour. There’s always stuff falling out, there’s a lot of double-sided tape. It’s a girl’s best friend. You have someone following you around all day making sure everything is where it’s supposed to be. There’s always someone on set looking out for things that’s supposed to be.

That’s why people in movies always look perfect! I could not keep myself together without help.I’ve had people holding down my shirt so the right amount of cleavage was showing.

You obviously worked with Chloë Moretz on the film—what do you think of her fashion sense?
I love Chloë’s fashion sense, it’s truly incredible that she’s as young as she is and has such an amazing sense of style. She’s so well put together both in clothes and who she is as a person. She’s an intelligent, talented, interesting person and you forget that she’s still just a little girl. She’s so fun to fun work with.

What’s your style philosophy both on and off the red carpet?
I definitely love taking risks fashion-wise. I have a gigantic closet and nothing is the same. I’ve got super super girly clothes, all sorts of pretty pastel dresses, but also leather pants, jet-black vests, and menswear stuff. The ability to bounce around change and not do the same thing and not have people judge you by that is great. It’s amazing to be able to come home and change into a totally different of side of myself. I will probably change my outfit five times today!

I will give just about anything a shot. I live in Tucker New York dresses they’re my go to summer sun dresses which I’ve been wearing in a constant rotation. I love mixing colors, prints, but I like to keep it simple, summery and girly in the summer for sure.

We’ve all had a fashion faux pas—what are some of yours?
There have been a lot! When you’re willing to experiment with fashion, there’s going to be some really unappealing looks. I’d say my entire high school career would count in the period. I was into a lot of midriff-baring stuff then I would draw pictures on my stomach with marker. I’m not really sure it was ever in style. It was definitely regretful, I remember my mother telling me, “Please I hope that’s permanent!” I’ll  seriously do anything.

What was your most memorable purchase?
I got myself of the gift of the little Chanel black handbag and I’ll never throw that out. Buying that was the most exciting fashion day of my life. The woman in the store actually congratulated me!