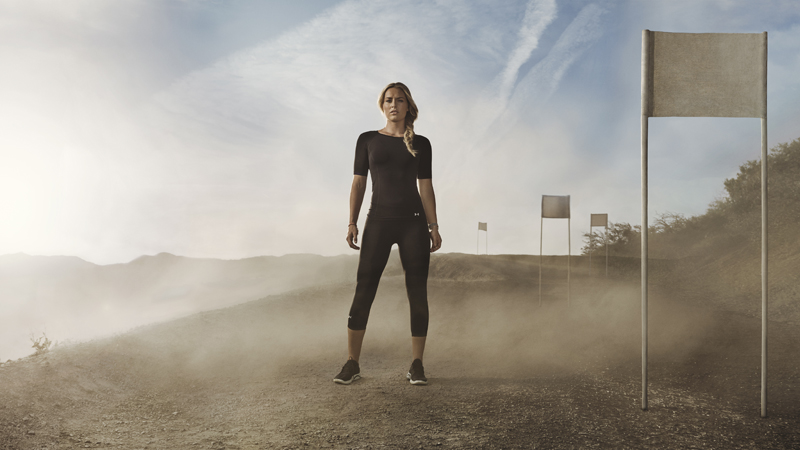 Photo courtesy of Under Armor

With four World Cup Championships under her belt, Olympic alpine ski racer Lindsey Vonn is living proof that women can do it all. Which makes her a fitting star of Under Armor’s latest campaign, “I Will What I Want”—also featuring ballerina Misty Copeland and soccer player Kelley O’Hara—with the message of encouraging women to go after what they want.

Of course, Vonn’s star power extends beyond the athletic arena thanks to a very famous boyfriend (yes, that would be Tiger Woods), and an increasing fashion profile—having Anna Wintour dress you for the Met Gala and sitting front row at fashion shows like Christian Siriano will do that.

MORE: Taylor Swift Syndrome: What it is and How to Shake it Off

We caught up with Vonn to chat about everything from getting dressed by the world’s most famous fashion editor to being followed by paparazzi to never taking no for answer.

StyleCaster: This campaign has such a great message for women. Tell us what it means to you.

Lindsey Vonn: It’s really all about women of will who have been able to stretch themselves with power and determination. It’s very empowering and inspiring, and I’m really proud of it.

We’re sure you’ve had moments in your career where you’ve been told you couldn’t do something, and you’ve forged ahead. Any examples?

Oh, so many! Being injured, and having everyone tell me I’ll never be back on top. Getting divorced from my husband who was my coach, and having people tell me that I wasn’t going to be successful without a man by my side. It’s made me really focused on my goals, and a lot of times it’s just inspired me to push harder.

Let’s talk fashion! Now that you’re more and more in the public eye, and the paparazzi are following you, do you get stressed with what you wear in public?

Sometimes I’ll just to go to the grocery store in sweats, and I don’t look in the mirror, and those are usually the moments that they get a photo. It’s really hard to not be self-conscious.

What’s your go-to casual outfit when you’re running around?

I usually go with a pair of tapered stretchy pants and a matching jacket. I like to look relaxed but pulled together, and that usually does it.

What about the red carpet, what’s your style like?

I have a stylist, Annie Ladino, so that helps. I like what I’m wearing on the red carpet to be strong and feminine. I don’t go for extreme fashion, I want to show off that I’m strong, so I look for that combination of glamour and simple.

Anna Wintour famously dressed you for the Met Gala in 2013, what was that experience like?

Working with someone like that is just an incredible honor. She designed my whole look, coordinated everything—I just felt so sleek and sexy in the gown [by Elie Saab]. It was really just an honor to have met her. She just carried herself so confidently, and just seemed like such a smart businesswoman. We talked a lot about fundraising and philanthropy, actually. You don’t often have someone that inspiring to talk about stuff like that with.

Now that you are back to training following an injury earlier this year, tell us what a day looks like for you.

Yes, I’m right now getting ready for the World Ski Championships in Vail in February and then the World Cup, so there’s a lot going on. It’s really intense, I’m training five to six days a week, which can be really draining, but I’m getting stronger and stronger every day. It’s been a long process, but I’m building up my mental strength, and self-confidence.