Lindsay Lohan is standing by Harvey Weinstein amid several allegations accusing the Hollywood producer of sexual harassment and assault. On Wednesday, the 31-year-old actress posted an Instagram story expressing her sympathy for The Weinstein Company founder, who has allegedly harassed dozens of women, including actresses like Angelina Jolie and Gwyneth Paltrow, according to reports by The New York Times and The New Yorker.

“Hi, this is Lindsay Lohan, I’m in Dubai. I’m home,” Lohan said in the video, which has since been deleted. “I feel very bad for Harvey Weinstein right now. I don’t think it’s right what’s going on.”

MORE: 15 Celebrities Who Have Gone Public With Surviving Sexual Assault

The actress—who has starred in several Weinstein-produced films, such as “Bobby” and “Scary Movie 5″—also called out the movie mogul’s ex-wife, Georgina Chapman, who announced on Tuesday that was leaving her husband.

“I think Georgina needs to take a stand and be there for her husband,” Lohan said. 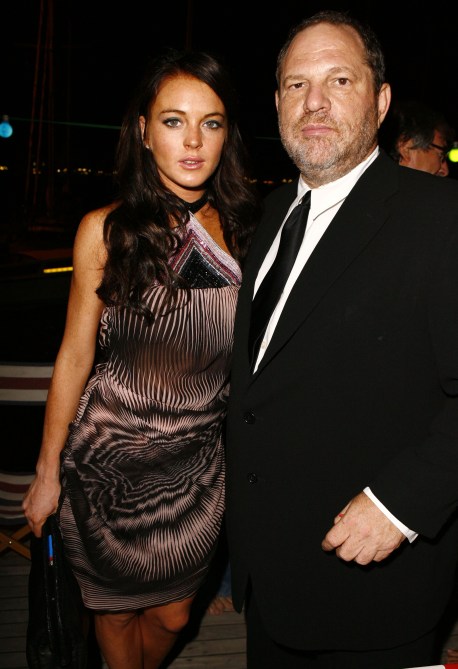 MORE: Jessica Drake Explains How to Call Out Sexual Harassment

The “Mean Girls” star ended her video with a clip of her claiming that Weinstein has “never harmed” her, accompanied by an angel smiley face emoji beneath the producer’s name. She called for her followers to “stand up.”

“He’s never harmed me or did anything to me. We’ve done several movies together,” Lohan said. “I think everyone needs to stop. I think it’s wrong. So, stand up.”