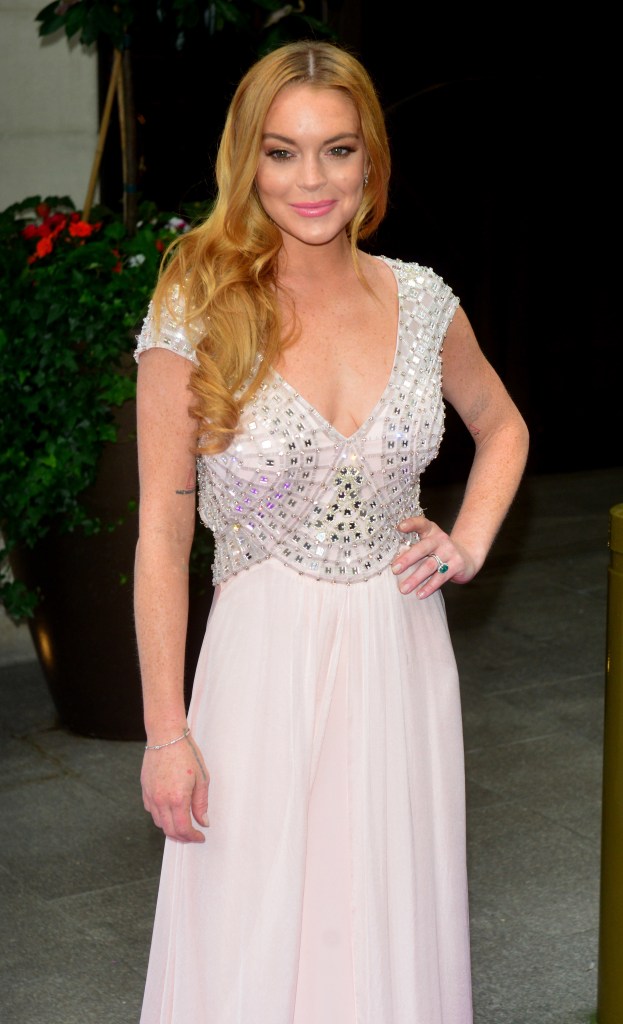 Things were so quiet for Lindsay Lohan there for a while. She got engaged, started writing a self-help book, finally finished probation. She seemed, based on Instagram photos and the fact that she hadn’t gotten arrested in four years, to be doing really well. But then the storm clouds rolled in. And unfortunately, when you’re Lindsay, they roll in hard.

After an insane fight with her (now ex?) fiancé, Egor Tarabasov, Lohan decamped to a yacht off the coast of Italy with pal Hofit Galan, where she has remained all week. And though both she and Galan have posted all-is-well Instagrams from the sparkling waters of Sardinia, all doesn’t really seem that well. For starters, she’s been spotted drinking, which does not bode well for the self-described alcohol-addicted actress. And then there were all of the incoherent Instagrams Lohan posted and deleted, which, among other things, suggested that Tarabasov had cheated with a prostitute—and that Lohan was pregnant.

Meanwhile, Tarabasov hit up London’s Chiltern Firehouse last night, according to TMZ. Their huge fight seemed to be caused, at least in part, by his partying, so his appearance at a hot spot sends the message that he’s not planning to change his ways. What’s more, he was spotted leaving the club with a brunette last night, according to People. If that’s true, he’s moving on even faster than Taylor Swift after Calvin Harris.

But Lohan insists, at least publicly, that everything is fine. “I’m good and well,” she wrote on Instagram on Tuesday. “I am taking time for myself with good friends. … Maybe things can be fixed… Maybe not.. I hope they can.” This morning, she posted a shot of herself with a fish, captioning it, “Bonding with nature. I let my little friend swim away after.”

Galan put a pic of herself with Lohan on Instagram yesterday, trying to dispel some of the rumors swirling around. “There’s no truth to any of these speculations and stories,” she wrote. “It’s about time someone stands up for a very good person, friend, daughter and fiancé.” Today, Galan posted a video of herself and Lohan on a boat, seemingly living it up. We hope, for Lohan’s sake, that the image they’re weaving is the truth.