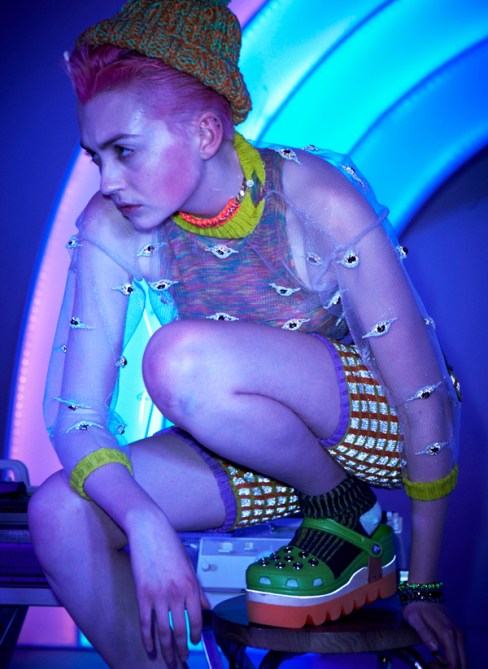 Designer Lindsay Degen‘s line, DEGEN, has had a banner year—from crafting the knits for the Victoria’s Secret Fashion Show to winning an Ecco Domani Fashion Foundation award—but she may have saved her biggest design feat for her fall collection: Creating a pair of Crocs that even fashion fans can appreciate.

That’s right, the upstart designer is showing (heavily) modified Crocs as part of her Fall 2014 presentation at New York Fashion Week this Friday, and we talked to Degen about why she chose to play with a shoe design that inspires such revulsion in most members of the style set.

“I’m really drawn to a challenge,” Degen admits. “Everyone agrees that Crocs are comfortable, but could be cooler. So, if I could make them cooler and maintain their comfort, they’re pretty much the best shoe ever.” 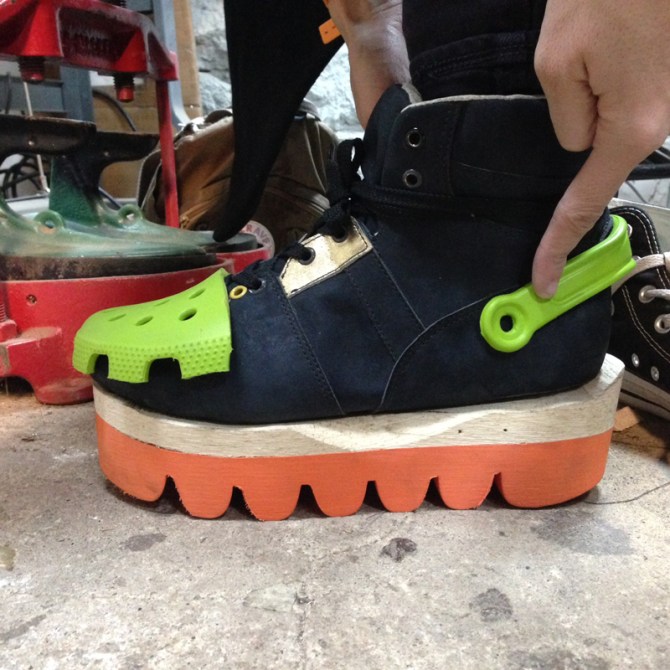 The platform-style Crocs come together in Degen’s studio.

So Degen and her “shoe master” collaborator Chris Coulthrust set out to create a pair of Crocs that had a platform base and would also light up. In the process, they also created a “clip-in” sneaker version as well [pictured above]. The final result, to put it in both the designer’s words and ours, is pretty “fug fabulous.”

So how did the Crocs brand feel about the whole thing? As it turns out, they were pretty laid-back after Degen first approached them with the idea. “They just provided the product, then were pretty hands off — which is great because then I didn’t have to run anything by them … 100% creative freedom.”

These “fug fabulous” Crocs fit in nicely with the overall concept for Degen’s Fall 2014 collection, which the designer described as “shock and awe.”