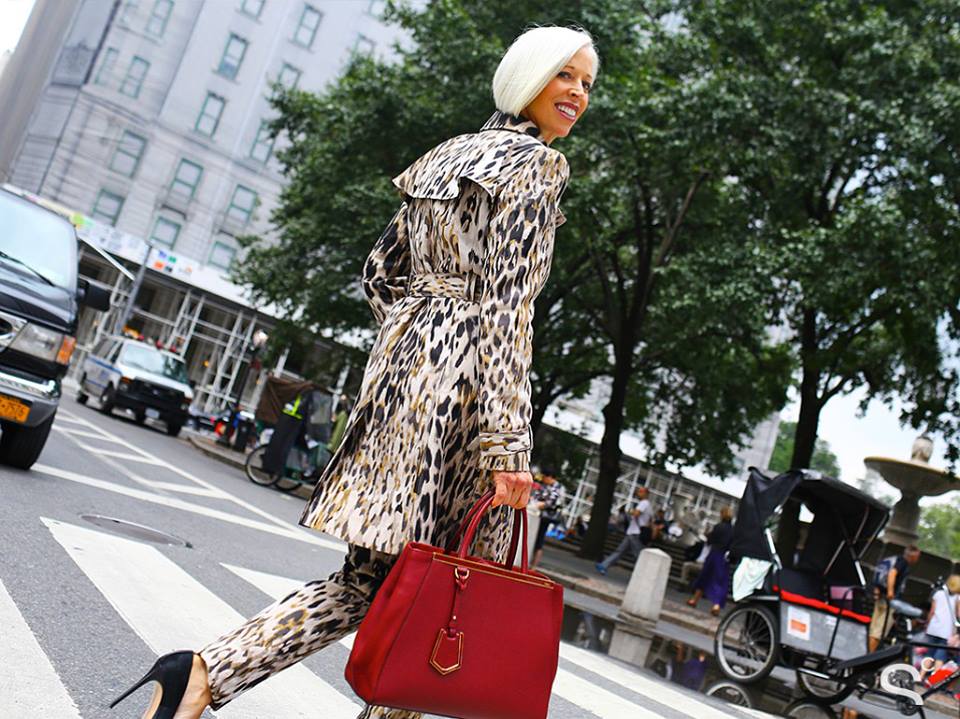 As the Senior Vice President of Fashion Office and Store Presentation at legendary department store Bergdorf Goodman, Linda Fargo is one of the busiest ladies in the business. So, it was a no brainer that we include her in our annual 50 Most Stylish New Yorkers feature. We also couldn’t resist picking the Carolina Herrera-clad style setter’s brain on everything from fashion risks to secrets of Bergdorf Goodman. Read on for more!

StyleCaster: How would you define New York style?
Linda Fargo: One of the reasons people flock to New York is because it’s the ultimate American city where people are free to create themselves. They can be as visible or invisible as they care. It’s utterly and absolutely diverse— professionally, culturally, ethnically, and economically and that makes for a fascinating mix. I absolutely love that “New York style” runs the gamut from Park Avenue posh to Meatpacking cool. It can be eccentric, conformist, astounding, nonchalant, studied, provocative, powerful and even nondescript. It’s all here! What it isn’t [here] is homogeneous!

What’s one of your favorite New York spots?
The short list? The Japanese courtyard buried somewhere secret in the middle of The Met. The views up and over Central Park from Bergdorf’s rooftop. And La Grenouille because it’s the only old-world restaurant in New York which makes formality so informal. And because hands-down it’s the best food, best flowers, best lighting and best host ever—Charles Masson! The nighttime view across the lit up span of the 59th Street Bridge from my Sutton Place cul de sac is classic New York. Woody Allen agrees. Oh! And not to forget! The Carlyle, it’s so utterly swanky.

Bergdorf Goodman is one of the city’s most iconic establishments. What’s one thing that most people don’t know about it?
Until our documentary, “Scatter My Ashes” was released, I’m not sure people ever knew that A. Edwin Goodman designed the building on the back of a napkin and B. The Goodman family actually lived on the Penthouse floor with their own private elevator! Nena Goodman was known to float through the hallways occasionally in a beautiful peignoir set!

What’s the one thing New Yorkers should be buying this fall?
A man-style oversize topcoat to keep you protected in the big bad city, a chic sleek pointy toe stiletto to remind everyone you’re quite a woman, a luxe forever keepsake, designer handbag and a moto perfecto for weekends walking around in a cool state of mind.

One of our favorite things about you is how you aren’t afraid of a style risk. Are there any style risks you took that you now regret? Or style risks that you were so glad you took in retrospect?
I actually berate myself for NOT taking more style risks. I think designers can only do so much and then it’s up to us what we do with it. I’m a bit of a thrill seeker when it comes to fashion. I like to ride that edge between fashion-fab and fashion-faux pas. My “God Save the Queens” from the Met’s Anglomania show was one of those iffy looks. My doormen are rather blasé about it all.