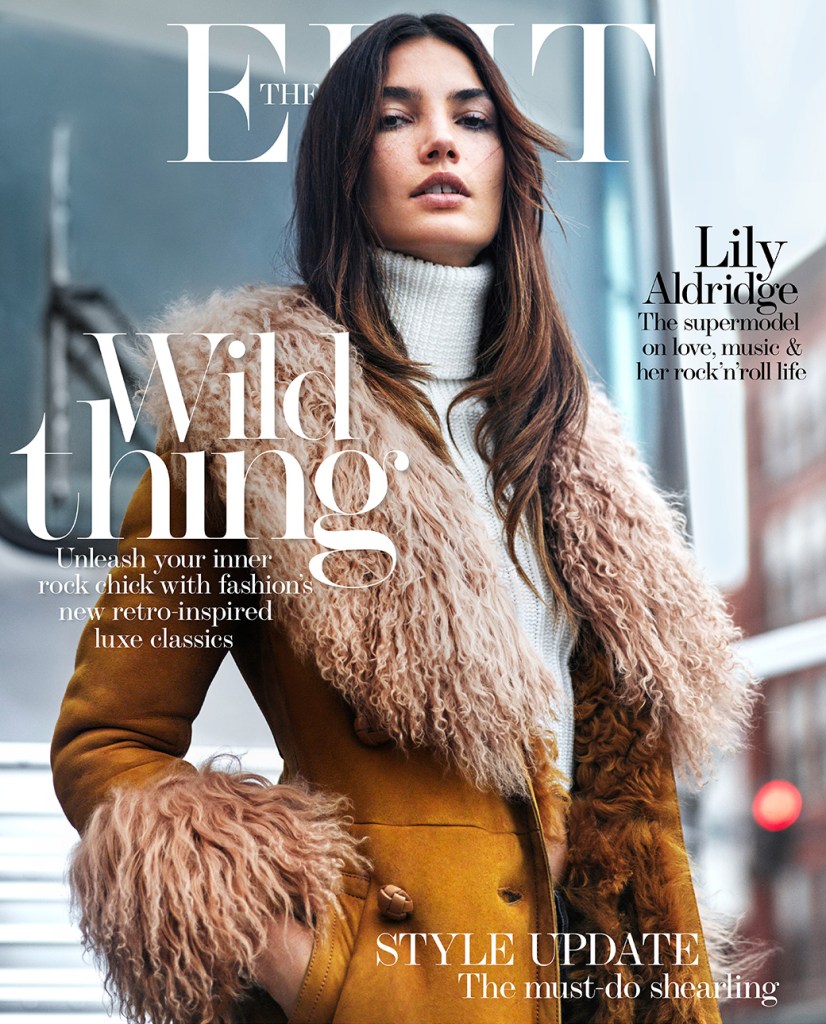 Lily Aldridge is the latest It-girl to front Net-a-Porter’s weekly digital magazine, The Edit. In the interview, the 29-year-old mother, wife, and model talked about family life with husband, Kings of Leon star Caleb Followill and their daughter, and opened up about being bullied on social media, her BFF Taylor Swift, and living in Nashville.

Dressed in Marni, Chloé, Gucci, Stella McCartney, and Alexa Chung for AG Jeans, the California-bred beauty was snapped in the streets of Nashville, where she now lives, for the magazine. Unsurprisingly, the images—and the outfits—are stunning, so keep scrolling to see some of the best quotes and photos from the interview.

On being in Taylor Swift’s girl squad:

“Taylor just loves her friends, and so do I. My girls are my girls. We’re such a close-knit group of women, and the most special thing about our group of friends—and it extends so far—is that we all have each other’s backs. It’s about supporting and being happy for each other. When you lift up the people around you, it elevates you as well. Bringing everybody up is the way I hope the whole world changes.”

“People say such mean things to me on Instagram, and I’m like, ‘I see this! I read every comment!’ They’re so hurtful. You see it and think, ‘Why would you say that to anyone?’ It’s heart breaking that people say these kinds of things to each other. It blows my mind . . . I try to be authentic and post pictures of myself and my job. I keep my family stuff as private as possible, but there are some things that I want to post, like a cute picture of my daughter that’s too precious not to share.” 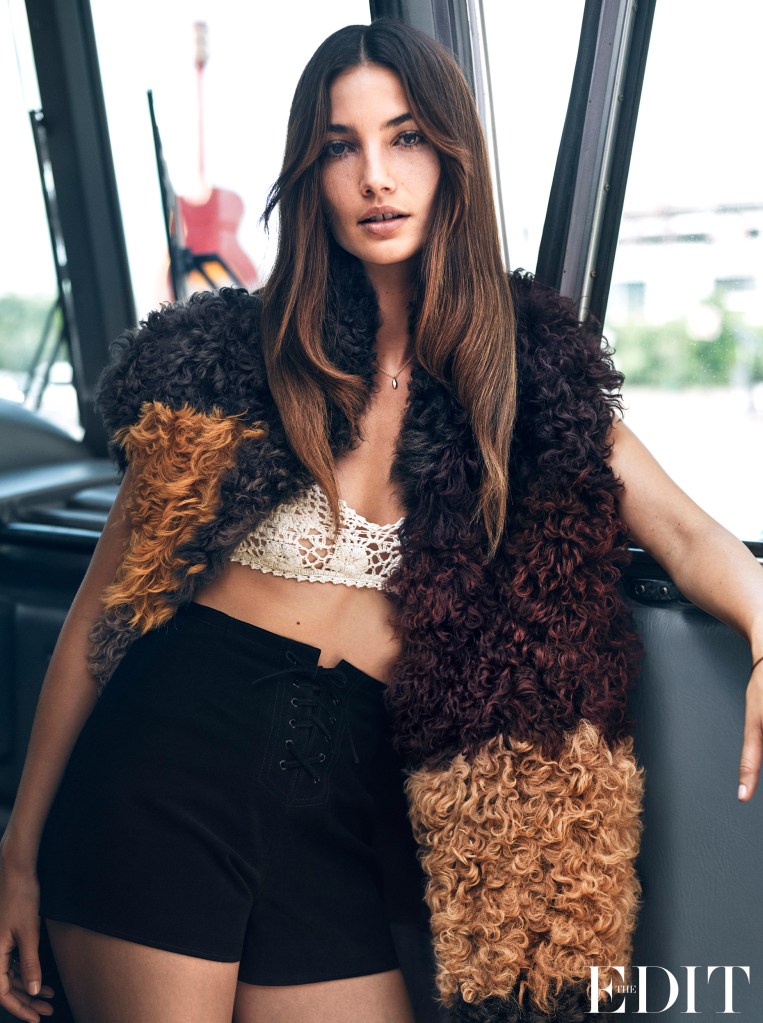 On living in Nashville:

“A lot of young, cool people have moved here in the past six years. There are amazing chefs, a lot of new rock’n’roll bands and a lot of young families that have changed Nashville in an amazing way. It’s still Nashville—it’s still got its country music roots—but it’s a fun place to be a part of.”

On getting into the fashion industry:

“I did not think I was going be in fashion. I was a tomboy; really into soccer and photography. Then as I got older I started loving models like Kate Moss, and it just kind of happened naturally.” 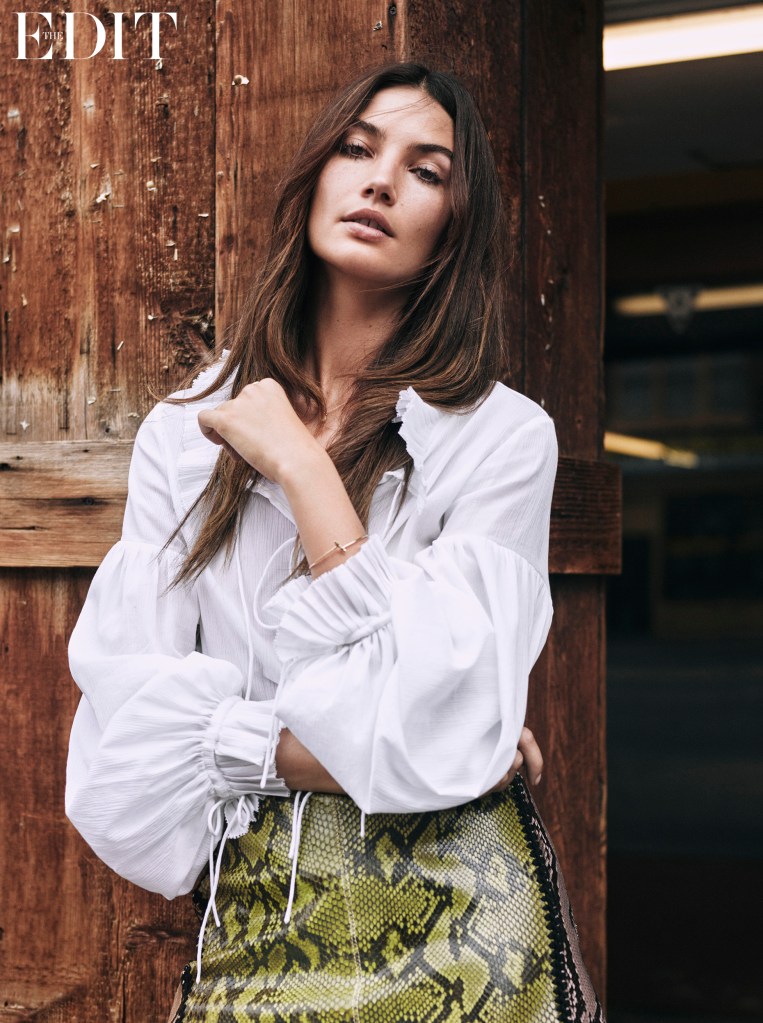 On being a complete foodie:

“My husband brought out the foodie side of me. I used to eat pizza every day and I didn’t care about wine, and now I’m obsessed. I love going to different restaurants, whether it’s finding the best $1.50 burrito or going to a Michelin-star-rated place that’s crazy hard to get into.”

On the other Victoria’s Secret models:

“The Victoria’s Secret women have all gone on to do the most amazing things in business, and it’s something I admire so much. I don’t think people realize how business-savvy and hardworking models are.”

To see The EDIT’s full interview with Lily Aldridge go to net-a-porter.com or download the free EDIT app at the App Store.