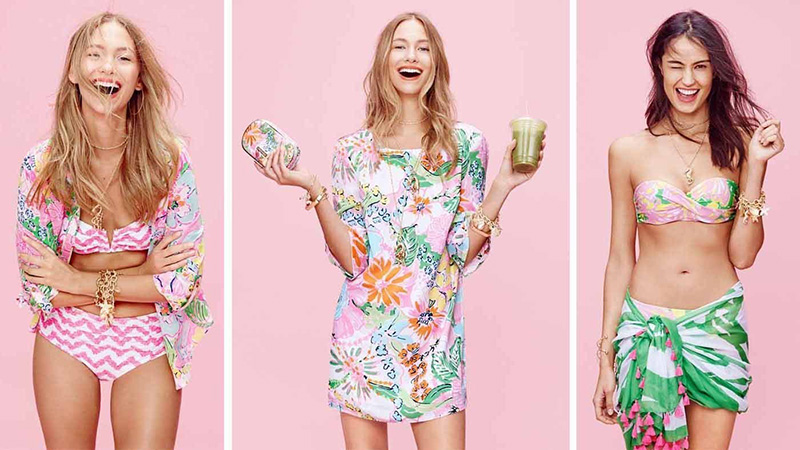 Those left disappointed by the fact that Target’s Lilly Pulitzer collaboration crashed Target’s website when it launched on Sunday, then sold out fully online by noon that same day (which was quickly branded “preppy black friday”) likely turned to the next best option to get a piece of the action—eBay. But the frantic demand for the collection has spurred an absolutely insane markup for many of the collection’s most popular pieces on the auction site—which already lists thousands of items for sale.

Colorful dresses and home goods with original under-$40 asking prices are going for well over $100 on eBay, and some items—like the particularly popular hammock from the collection—has been marked up by as much as 433 percent by some eBay resellers.

Target’s spokesman Joshua Thomas called the eBay markups “really disappointing” to USA Today, although expressed that it wasn’t unusual. There was a similar response, remember, when Target launched a limited-edition collaboration with Missoni back in 2011.

Just because it happened before though, doesn’t mean people aren’t pissed. There’s already a Facebook group calling for a boycott of the inflated prices. The group’s profile reads: “Boycott eBay sellers who are marking up Lilly by Target after clearing shelves of merchandise only to turn a profit.”

Here are some of the most outrageous price hikes we found: 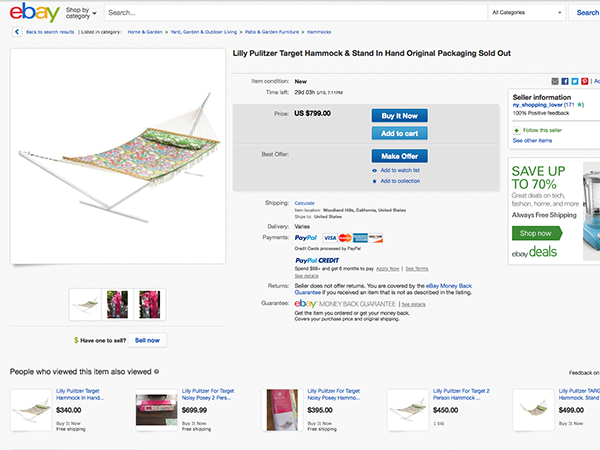 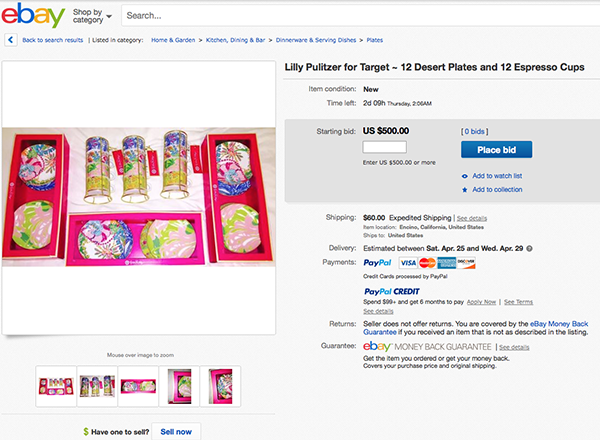 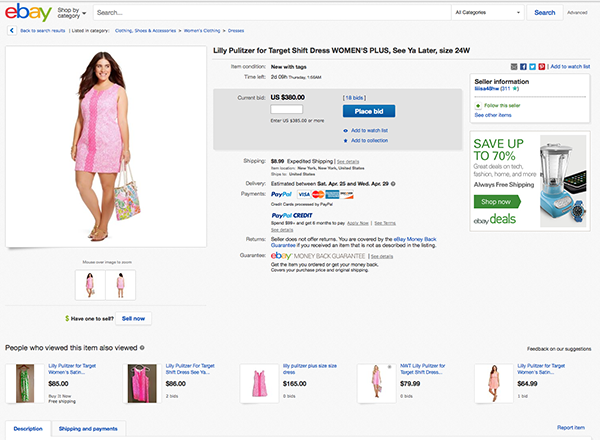 Lilly Pulitzer For Target Shift Dress in See Ya Later

What’s particularly ironic about the crazy markups of some of these goods is that Lilly Pulitzer as a brand is fairly well priced to begin with. Head over to Lilly Pulitzer right now and scoop up one of the brand’s signature shift dresses for just $198. And let’s be honest, it will probably be better made than the Target version, so win win.

Are you upset about the quick sell-out of this Target collaboration and the subsequent crazy markups on eBay? Share your thoughts in the comments.