We remember it well. It was a delightful Saturday in August when suddenly the internet exploded with news that an A-list couple was going their sperate ways. Liam Hemsworth’s quick divorce reason from Miley Cyrus has us shook. As we know–when the pair initially announced their seperation, it seemed like they were just taking some time apart–there were no whispers about divorce when it first went down.

However, there were reports that Liam was blindsided by Miley’s rep announcing their split. Also–when the Mother’s Daughter songstress abruptly jumped into a very public and PDA-filled relationship with her good friend, Kaitlynn Carter–Liam decided he’d had enough. Though he’d stayed mostly out of the spotlight during this ordeal–spending time with his family in Australia, he filed for divorce from his wife of less than one year two weeks later citing “irreconcilable differences.”

We know that he was hurt by Miley moving on so quickly with Kaitlynn–but this why he decided it was time to close this chapter in his life. An insider close to Liam told Hollywood Life,

Liam still loves Miley and this break-up has been extremely hard for him. He took this very, very hard, some would even argue harder than she did. Miley is not who he originally loved anymore and she can’t change, but he just realized he couldn’t be with her like this. He can’t believe what he’s seeing on the internet about her since the break-up. 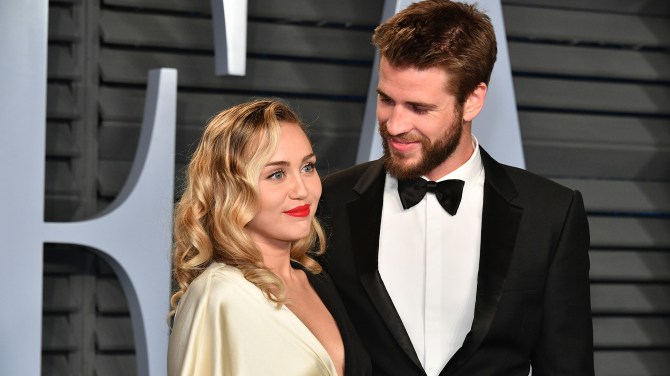 When the pair split rumors swirled that Miley could not be herself when she was with Liam and since they met when they were so young, we can certainly see how they’ve grown apart. Right now, Liam is back to work in Canda working on the Quibi series, Dodge and Miles. While Miley is currently dating Cody Simpson—Liam has been dating Dynasty star, Maddison Brown.

The insider explained that all of this is for the best. “It’s just not his style, which is why he left the country quietly,” The pal added. “He felt the woman he met and the woman he divorced were two different people at the end of the day. There’s no chance of reconciliation.”